It’s now March and we are well and truly having a second winter instead of starting spring! We had snow only a couple of days ago, which pissed me off something rotten. I want longer days now to involve some nicer weather NOT SNOW AND ICE!

Hopefully with March here we will start to have some spring days on their way too now. I’m excited for going on long walks in the evenings after work with Dane, as well as on the weekends.

For now however, it is time for February’s favourites! 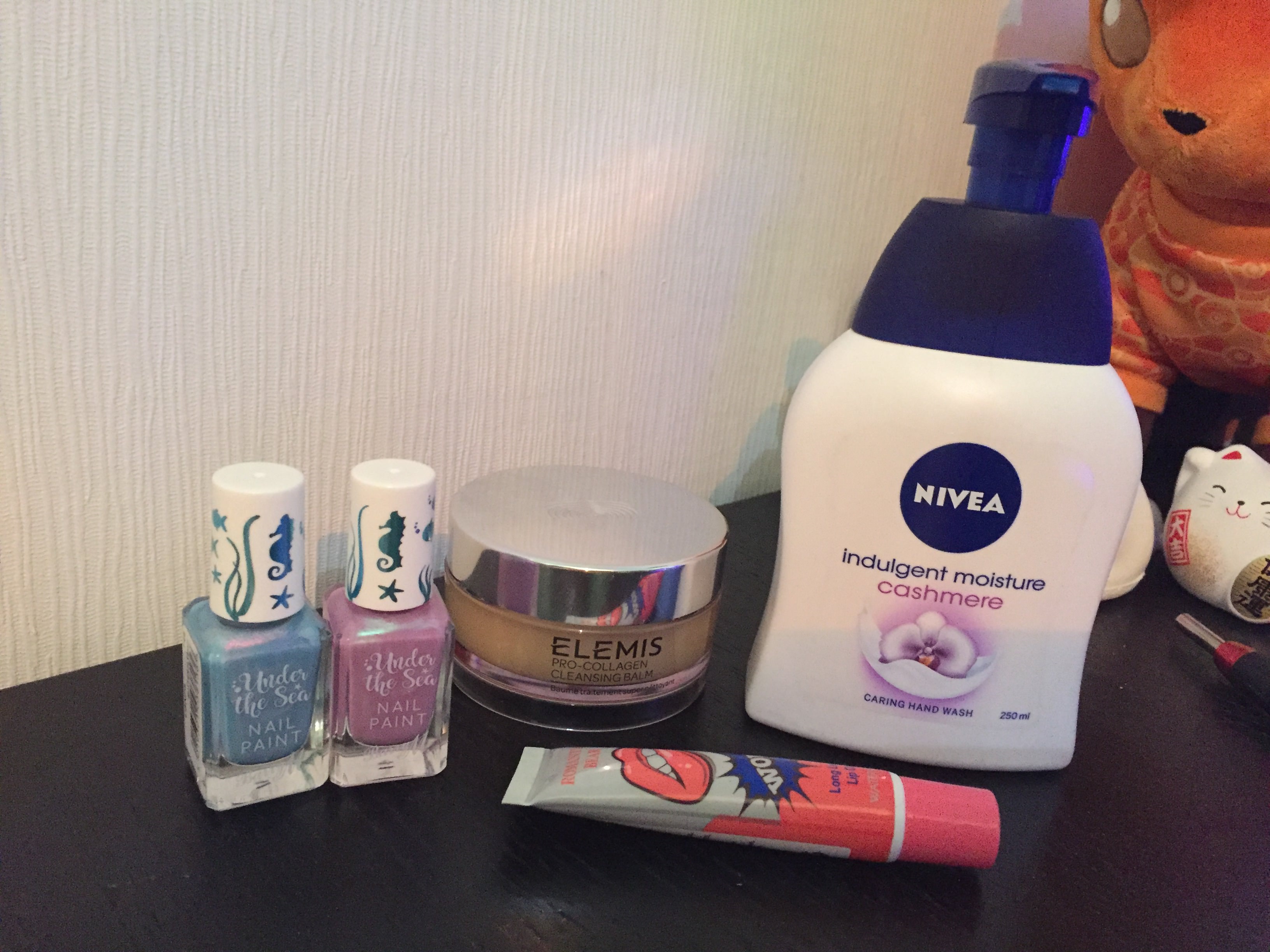 Sadly I don’t have this to show you anymore as it’s alllllllll gone! I love Supertramp bubble bar from Lush, it’s definitely one of my favourite products. I’m not a massive fan of earthy or grassy scents but I adore this! Whenever I use it it really does lift any sort of head cold I may be suffering from. It’s definitely a great bubble bar to use in the colder months and with all the bloody snow we’ve had, this has been such a lovely pampering one to use in the evenings after work. This is an Oxford Street exclusive but you can pick it up on the website which is awesome! I usually buy loads of these whenever I go down to London, but thankfully I won’t have to do this anymore.

I have been meaning to reviewing these for the longest time, but as of yet I haven’t gotten around to it. I haven’t used any of my lip peeled stains for a while but recently I just fancied giving them a go. I’ve been using various colours, but the shade Watermelon is the one I go to the most. It’s a light blush pink shade which I love wearing for work. I apply lip balm over the top and my lips stay lovely and soft all day! These are really great products for the price too, I can’t wait to finally review them this month!

I couldn’t decide between the two but if there’s a nail polish I’ve been wearing loads this past month, it’s these two beauties by Barry M! They’re from the new Under The Sea collection, which I reviewed recently and linked above. They’re gorgeous nail polish shades to bring us into spring… When it FINALLY gets here! I couldn’t decide between the two shades, although I’ve always loved Jellyfish more.

This is an old favourite that I come back to time and time again! My mom bought me a new tub for my birthday, which I was really grateful for. I’ve been using it a couple of times a week when I feel like my skin really needs it. My skin has been really bad this past month, which in itself sucks as I constantly look like a spotty teenager! This balm has really helped with soothing my skin when it feels dry, but I definitely don’t feel the need to use it daily. This balm is amazing for removing make up too, apparently. As regular readers will know, I don’t wear a full face of make up so I wouldn’t know. My mom is the one who has told me it’s great at removing make up. 😛

We use these hand washes at work and when picking up some new hand wash last month I decided to grab one of the ones we use at work, as well as a couple more of the Nivea hand washes. This is one of the ones I’m using at the moment and it’s amazing! It’s a lovely thick hand wash, well more like a cream really and smells delightful! Usually my hands will flare up with eczema with hand washes towards the end of the packaging, but this one I’ve not had ANY issues with! Savers sell these for a £1 each so I definitely recommend them if you fancy giving something new a go.

This is an anime that Dane has loved since it first came out and I never understood his love for it until recently! He got me to start watching it with him and it’s a mixture of funny and random as hell! I bought him two of the girls (Megumin who is the red witch character in the gif and Darkness who is wearing yellow in the gif) Nendoroid characters, which he loved! So with finally having most of the characters it was time to watch the anime he loves. It’s just so random and hilarious! Although I’m happy Miss Kobayashi’s Dragon Maid won the anime comedy award at The Anime Awards recently. I do feel like KonoSuba deserved it more.

I know this isn’t exactly a new film and I know I’ve mentioned it before but I gave this another watch in February and I forgot just how much I loved it. This time I watched it in dubbed and although I prefer the subbed version, it was still lovely to watch. I just forgot how much I loved the story, as well as the manga which fast became one of my favourite manga series to date! If you haven’t watched this and you want to, DO IT! You won’t regret it! Word of warning, it’s not the most delightful and merry of anime in the world and it can be incredibly depressing. It made me cry at the end when I watched it recently… Oh what a weed I am. 😛 I picked up a couple of new manga books in February but only read them as the end of the month was drawing to a close! If there is a manga series (and anime) that I have fallen in love with since 2017 it’s Miss Kobayashi’s Dragon Maid! It’s so adorable, funny and kind of cringey all at the same time, but that’s why I love it so much. This new spin off series about Kanna, the youngest dragon is ADORABLE and if I do say so myself, drawn so much better than the original! I already can’t wait for volume 2 to come out in June, which I already know will be here before I know it.

These are two albums I listened to quite a bit throughout February and I think it’s mostly due to the fact I fancied a blast from the past. These were two bands I listened to growing up and these two albums were my life at one point. They both came out in 2004 which less than a month apart from one another and I remember buying them with my pocket money from Sainsbury’s after school. I mostly listened to these on my drive to and from work and there would be tracks coming on that I found myself saying, “Holy shit! I forgot this song even existed!” but finding myself remembering the lyrics as I sang along. Let me also add that I had the BIGGEST crush on Brandon Flowers growing up and it was thanks to Smile Like Your Mean It where my crush on him began, as well as for guyliner. OH and of course it was the song that introduced me to the band. 😛

So I haven’t really been playing any games recently. Not for any reason in particular either other than I can’t be arsed… I’ve probably played the odd game with Dane or a couple of mobile games but nothing to write home about, sadly. I know we both want to get a couple of new games this month so I’m pretty sure my March favourites will have a game in there! 😛

So those were my favourites from February! I can’t believe we’re already into March and here’s fingers crossed for no more snow and more sunshine.

What were your favourites from last month? Make sure to let me know in the comments down below!

Until next time, take care all and I hope you’re having a lovely week.