It’s Sunday evening and I’m not going to lie, I have serious writers block. I haven’t had this for years now so I’m a bit miffed. I know you shouldn’t write when you can’t think of anything, but at the same time I want to get something in my blog. I’ve had a week of overtime, exercising in various different ways and spending the last half an hour of my night before I sleep playing games on my phone or watching a YouTube video.

This inspired me to write today’s blog post. I know a lot of people suffer from anxiety and in fact 1 in 4 people are diagnosed with anxiety, including myself. My anxiety has gotten better to be fair, but it still lingers and at the worst times is still a pain in the arse.

So I decided to combine one of loves with one of my hates. I love gaming and I hate my anxiety, of course. 😛

There are various games I like to play when I’ve had a rough day and I thought these may help you guys when you just need to chill out in your favourite space and try to forget stuff for a while as you relax.

I really hope this post can help some of you the way these games have helped me in the past. 🙂 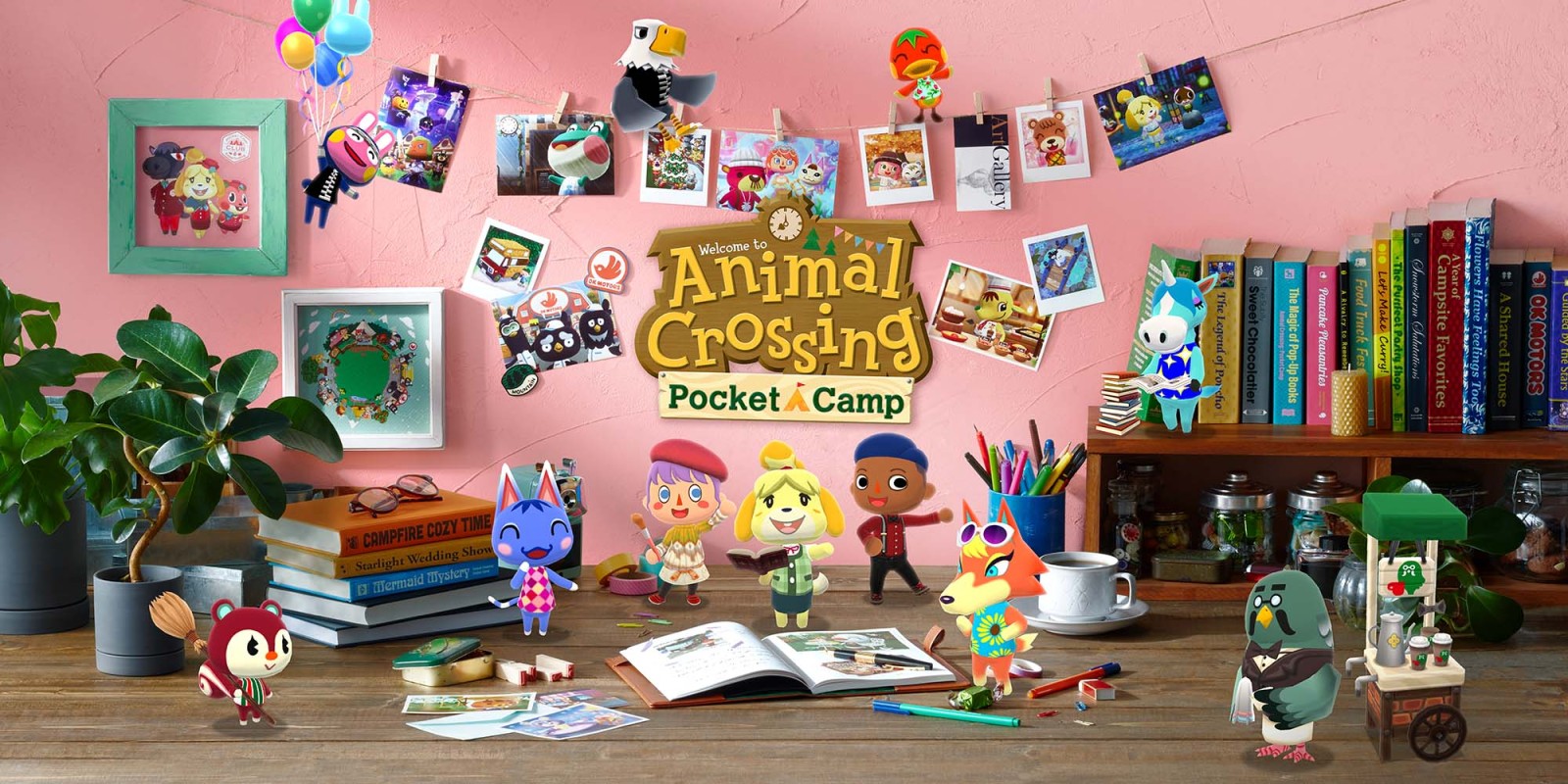 The first game I want to talk about is the one I’m really loving the most recently. Since I got my iPhone XR (which you can read about here) I’ve re downloaded and rediscovered this amazing free game! Not only is it free but it’s Animal Crossing, what’s not to love?! I did play this when it first came out and I loved it so much, but I was in my old job and too miserable to play it. I’d just binge watch YouTube and scroll through Instagram instead. Then I didn’t have room on my phone anymore to continue to keep it, so it was deleted. Now I have loads of room, it’s back on my phone and played daily now! It’s staying this time around. 😛 This is a bit more straight forward to play than the Animal Crossing we all know and love from various Nintendo consoles and handheld consoles. As the name suggests you have your own camp that you need to look after and make sure your animals are happy! There are always new things happening in the game due to constant updates to coincide with special events that are happening in the world. You do need a WiFi connection to play this game, but that’s fairly easy to get nowhere days. I just find this game really handy to play if I need to relax, especially before bed.

This is a game I really love and actually haven’t played for some time. It’s beyond relaxing and one of those games where you won’t realise where the time has gone until it’s pitch black outside and you can’t stand yawning anymore. As the title of the game suggests you’re a house flipper, and need to brings homes back to a good place! I love when you have a grotty house that needs some TLC. It is a very lengthy game and some homes can take agggges to put back right, but that being said it’s still so relaxing to play. You could put some of your own music on, a TV show or even the radio and you’d be super relaxed! I really want to play it now to be honest with you. 😛

This is a game I’ve played on and off over the years. Not only is it cute, but it’s actually addictive to sit and play! It’s free online for all the games that have been made to date, but you can also download it for a small fee on the App Store. You play as Sushi Cat who has fallen in love with a female cat plushie. He needs to gain weight however to get into the store to get to her, so what does a sushi loving cat do? Eat all the sushi he can get! That’s the aim of the game, get him to eat all the sushi! I love it so damn much and it really does cheer me up to play with the cut scenes, as well as the game play. Just Google search and you’ll soon find this game and the others in this series.

This is a game I love so damn much! I really enjoy playing it with Dane as it’s hilarious to play together, but I think playing this game solo is so much better and definitely more relaxing. You’re in charge of cleaning up a grim bloody scene, surrounded by bits of bodies and lots of blood and gore. It’s not graphic, just in case you’re wondering! 😛 You just have to clean up the area as much as possible, mopping up blood, burning bits of bodies, etc. It’s hilarious to play and would definitely take your mind off of stuff!

The last game I’m going to talk about on this post is definitely my favourite out of the bunch! I love playing Pokemon GO! Not only does it get me out of the house to walk around and play games as and when I fancy it, but if I’ve had a hard day and need to get away from everyone for a while, you can have a walk and play this at the same time. I remember years ago as a teenager and in my early 20’s when I had stuff on my mind I’d go for a walk with my music to think things through, but I was always just endlessly walking and thinking. Now with games like Pokemon Go and the Jurassic Park one you can play games whilst you’re out walking, running, etc! I love how we have stuff like this now, it’s amazing. I find this can motivate people who are feeling anxious as well to get out of the house to try and not let any thoughts take over them too much, if that makes sense? 🙂

Which of the games do you think will work best for when you’re feeling anxious or just want something to relax you? Are there any games suggestions you have that I didn’t name on this list? Make sure to let me know in the comments!

Until next time, take care all and I hope you’ve had a lovely weekend. 🙂

10 thoughts on “5 Games That Are Great for Anxiety”