I have been so stocked for writing this post on my blog for as long as I can remember… In fact I took a look at my board where I keep all my blog ideas and the idea for this one was set at the start of 2022 on 2nd January. I’ve been waiting and biding my time for Netflix to finally give us a set release date, which they did over a week ago.

With this in mind, I can finally write about Bee and PuppyCat and why you should watch it when it comes to Netflix in a couple of weeks. I’m going to go into some information of when it started, how, the plot, why I love it and more.

I honestly hope you enjoy todays blog post, I seriously love Bee and PuppyCat after discovering it in 2013, it helped me when I was in a really dark place and still helps me to this day when I feel anxious, or low. It’s a happy show and one I recommend to everyone, hence this post today! I’m going to try and hold off sharing any spoilers, I know some websites have, I don’t want to do this. Although Bee and PuppyCat is kind of a known show to a lot of people, it isn’t to others. Spoilers suck, so we won’t be doing those here if I can help it.

So, grab yourself a drink and maybe some snacks as I get into today’s post. 🙂

First things first, what is Bee and PuppyCat all about and who created it? 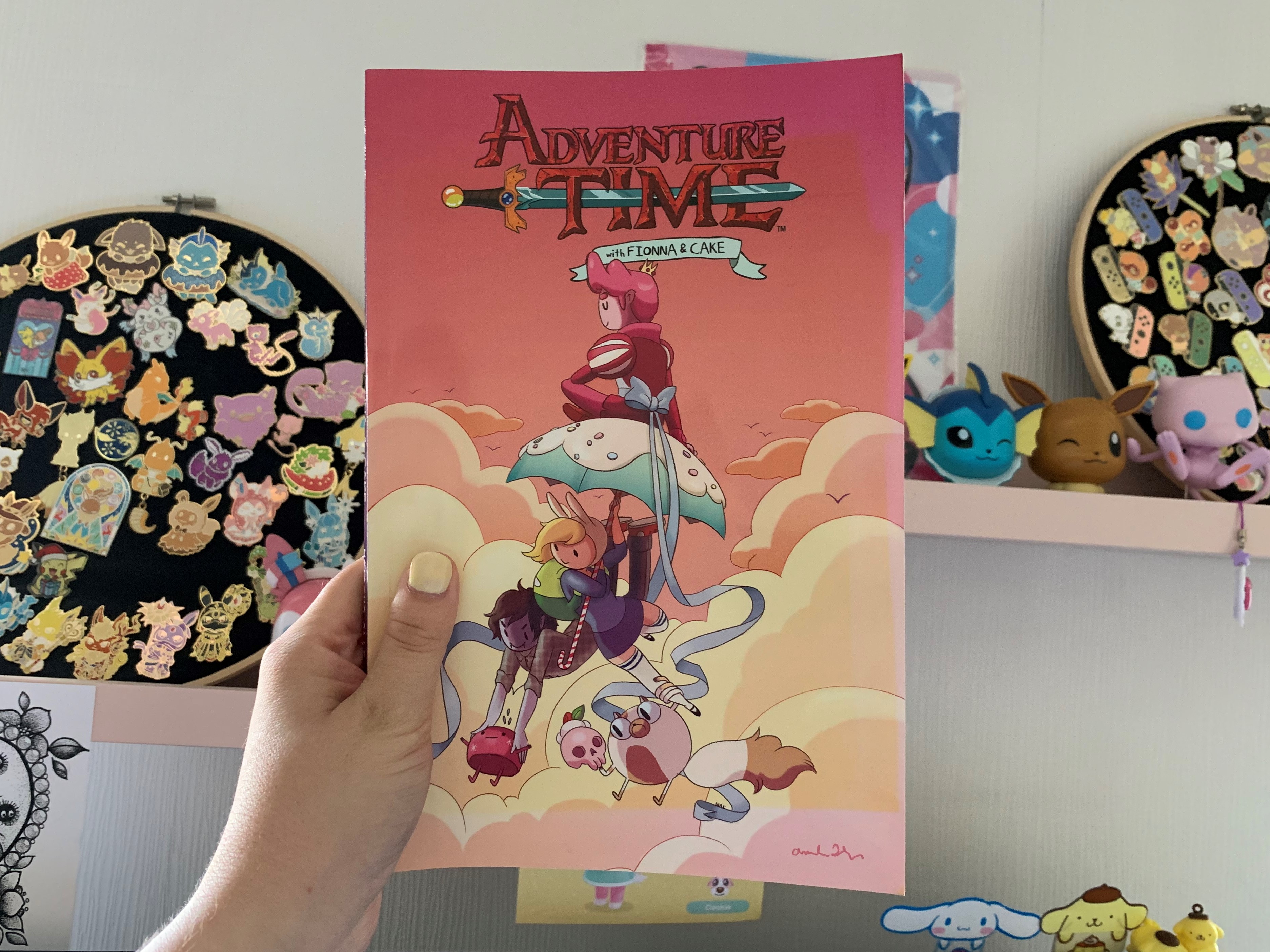 The creator of Bee and PuppyCat is Natasha Allegri, who also worked on Adventure Time for five seasons! During her time working on Adventure Time, Natasha created Fionna and Cake, the gender-swapped versions of Finn and Jake. Eventually the female duo had their own full episodes of Adventure Time, as well as comics.

The show is about Bee, a young woman who we discover has just been fired from her job. Stuck in the rain, waiting for the lights to allow her to cross, and obviously the shock of losing her job, could it get any worse? Maybe, maybe not? In a very random encounter she meets PuppyCat and takes him home with her. The next day Bee admits to PuppyCat that she’s lost her job, can’t get a new one and has no money, to which he helps Bee through temporary jobs assigned by TempBot. Through their first job together we learn more about them both, but in mysterious ways. The show itself is about following the adorable duo as they go do temporary jobs, get through any obstacles they face in life, meet Bee’s friends and learn even more about the pair as we go.

Now we know the basic plot of the show, I’m going to give you a bit of history behind the show itself!

Bee and PuppyCat launched in August 2013 through a pilot on YouTube, which is pretty much the synopsis I posted earlier, it’s where it all started and damn did it pack a punch! It threw us straight into Bee’s life at a pretty bad time, which is usually the perfect way of shaping a story. Introduce us to the character, throw a situation their way, they spend most of the show/film fixing it, with a conclusion at the end. The pilot didn’t just do that, but they reveal a deep mystery about PuppyCat, and leave us wondering what will happen to Bee too. It was the perfect pilot and after watching it myself and many others wanted more! 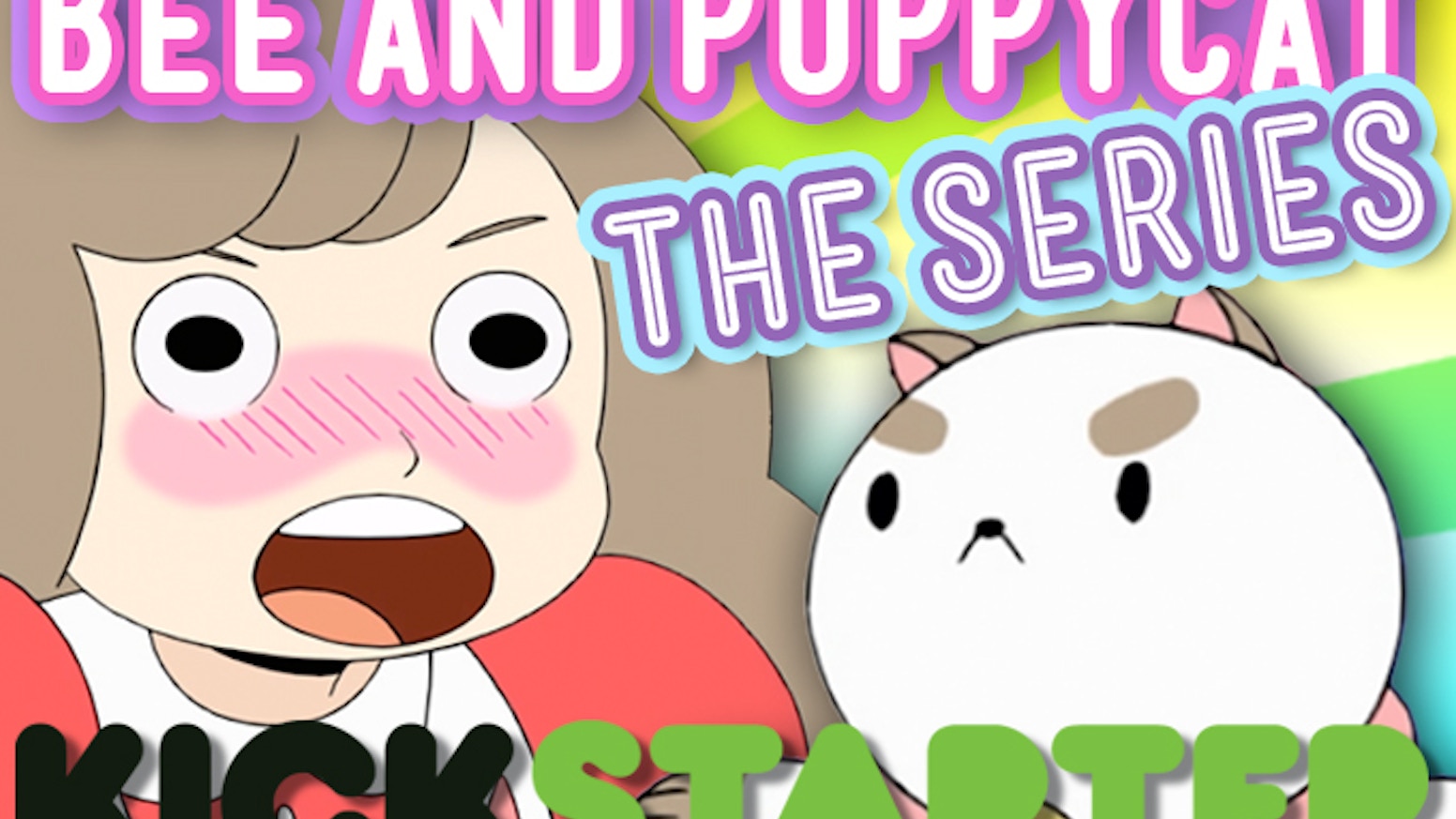 A couple of months later in October a Kickstarter campaign was launched with the goal of a tv series coming from it! The original goal of $600,000 was exceeded and to date they are still the 10th most funded video and film project. I wasn’t aware of the Kickstarter until it was too late, otherwise I would have backed it.

Of course, due to how successful the Kickstarter was, the tv series was funded and the first season was released between November 2014 to November 2016. There were ten episodes for the first season with each episode lasting just over six minutes each. Season one follows on from the pilot where we start to learn more about Bee and PuppyCat, as well as Bee’s friends, and what adventures they go on. We learn more about Bee with her likes and dislikes, as well as her mystery.

The first season of Bee and PuppyCat got me through some dark times, as well as some anxious ones. For example, I hate flying so when we flew to and from Japan I was a nervous wreck. On the way there and back I watched Bee and PuppyCat which helped me to relax significantly. The show is definitely some sort of comfort for me and I always watch it when I need it. I wish it would come out on DVD/Blu-ray so I can have a copy all the time to watch, instead of relying on YouTube. 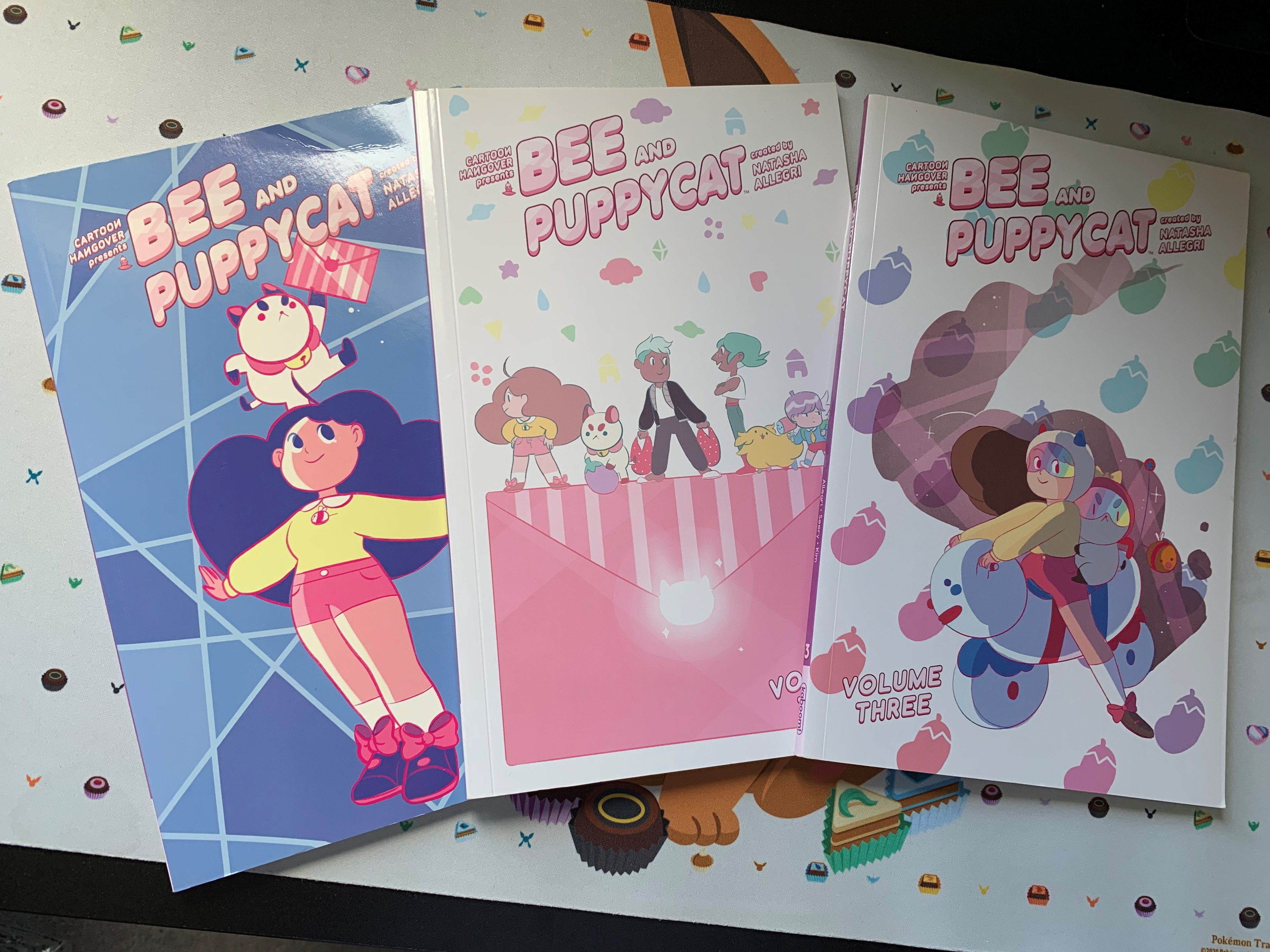 In early 2016 whilst out shopping I discovered that Bee and PuppyCat had a comic book series, which in turn was released in omnibus series, so I decided to pick it up! There are three omnibus volumes altogether and I own them all. The original comic book series ran between May 2014 until April 2016. The stories we see in the tv show compared to the comics is different, with none of the artwork done by Natasha Allegri. I’d love to eventually pick up all the individual comics, but this may not happen for a while… I highly recommend them if you’d like to read some more stories from the adorable duo!

After what felt like forever, in 2018 a trailer came out for season two of Bee and Puppycat, which is called Lazy in Space. We don’t get a lot of detail about Lazy in Space apart from the fact that PuppyCat died and is now alive again. This left me with too many questions, and I’m sure I’m not the only one! PuppyCat died? How and why did this happen? The first episode was showcased in September 2019 at the Ottawa International Animation Festival, but we weren’t given anymore episodes until early 2020 when it leaked online. Although these episodes were removed, many fans downloaded them and reuploaded online. I’ve seen bits and pieces of Lazy in Space and really love how we find out even more about Bee than ever before, as well as finding out some of PuppyCat’s mystery…

Finally a couple of weeks ago Netflix released trailer for Bee & PuppyCat, which will come to Netflix on 6th September 2022! I for one am stupidly excited for it and keep watching the trailer every other day to take in as much as possible before the show starts.

Originally it was stated that season two Lazy in Space would be on Netflix, but judging by the trailer and some clips shown so far, it looks like the pilot and season one will be shown too, so whether we get a quick glimpse of these before jumping into season two is unknown at this point.

I think one of the biggest things I’m excited for with Bee and PuppyCat coming to Netflix is how it will now reach more people, which means I’ll have more people to talk to about it too! It’s a show I hardly speak of with anyone as whenever I ask, “Have you see Bee and PuppyCat?” I get a confused look and asked what it is. So yeah, discussing with people would be amazing!

I’m excited too to see how they recreate the pilot and season one, as the artwork is different, as well as the dialogue too.

Finally, I’m hopeful we get some more official merchandise again! We haven’t had any for years now and I regret not picking any of it up whilst I had the chance. It sells for a lot of money now and that in itself makes me sad. 😦

So, what do you guys think about Bee and PuppyCat? Do you like the look of it if you’ve never heard of it or seen it before? Have you been a fan of the show prior to it coming to Netflix? If so, what are you excited for the most?

I really hope you all enjoyed this weeks post, I’ve been excited to write it for months now so I hope it opens up new people to the amazing show that is Bee and PuppyCat!

Until next time, have an amazing weekend guys and see you soon. 🙂