I love music and lately I’ve been listening to all sorts of genres and tracks that I wanted to share with you.

I was intending to do a Winter Albums post but I can’t decide which albums I wish to share with you right now so I’m sure I’ll start my season album posts in spring! Thanks to Spotify’s radio station for Flyleaf I was able to find this amazing song and since discovering it late November I have fallen in love with it, only recently downloading it onto my iPhone.

This is all I’ve been playing whilst I write blog posts and it has fast become something I would love as a ringtone on my phone too.

As well as that I’m currently learning the bass tab of this, it’s not a hard tab to learn so I’m really enjoying learning it, even though it isn’t much of a challenge.

My boyfriend has this album and from listening to it on and off during December whilst I stole his laptop to write-up some posts for my blog, I have grown to love that too and I can see me stealing his copy of it, as I can’t find this anywhere to buy for a reasonable price!

Anberlin are classed as alternative rock, which is probably my favourite genre. If you like rock music and haven’t heard any of Anberlin’s music before then I recommend you check these out!

“The Monster” ft. Rihanna by Eminem.

From a young age I was a fan of Eminem but nothing massive, although I do and still love The Marshall Mathers LP and my cousins and I would spend most of our weekends off school listening to it. As for Rihanna I remember when she first came out with “Pon de Replay” in 2005 and since then she has grown into an amazing artist!

This song is a great mixture of pop (Rihanna) and hip hop (Eminem) and the lyrics are really good too and could relate to all sorts of different things, especially mental health issues. I love the chorus for this song as well as the backing music, it’s just so damn catchy and it sounds great.

I’ve finally downloaded this and now it’s on my iPhone I haven’t stopped being able to play it, it’s not far behind “Never Take Friendship Personal” for the amount of plays it’s has so far. I just love this song so much!

I’ve liked this song since it first came out as the lyrics are really heartfelt and most women at one stage or another can relate to them I find. As well as that the pop mixed with folk ballad in the background is really nice and typical of Beyoncé.

If you haven’t watched the music for this, then go for it as it’s a very good concept to tie in with the song itself, thus it works very well.

The only problem with this song is that it can make men sound like they don’t care about their significant others whilst they’re working, at home with them, etc and does make women seem like they’re always loving, innocent etc but at the same time it does show the message that if we were men we would “do what they do” but in realisation most women won’t do that because we are rather sensitive creatures. But this is the point I’m getting to, some women WILL and DO do this and it really is shitty. So it’s not just men who will go out there and not think as much about their loved one as they might for them.

Rant over, either way this song is great, the music video for it is great and I really like listening to this song. Sunset Takeover have done a cover of this, which is a rock version. It works really well and I love it. 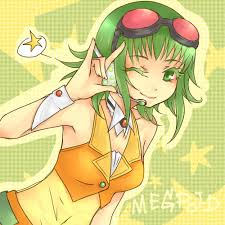 “Boy of Defeat” by Gumi.

Okay now I have to clarify that Gumi isn’t a real person, Gumi is one of the many Vocaloid

characters and if you would like to know more about here then please check this link out, as it’ll take me ages to explain about what she is and what she does.

I love this song and whilst I’ve owned it for months now, I’ve been playing it in my car for quite a majority of my drives to and from places and it’s a very good song to listen to whilst driving. The song is infact in Japanese but I have found some lyrics translated into English so that I’ll know exactly what Gumi is saying.

The song itself is really catchy and has a pop rock or alternative rock feel to it, with Gumi’s vocals just making the song perfect! If you like this sort of music then check out more songs by Gumi! It’s scary to think that she doesn’t exist and is just a computer programme.

“All The Same” by Sick Puppies.

I can’t explain in words how much I love this song and I have done for months now! Like “Never Take Friendship Personal” I heard this song on the Flyleaf radio station on Spotify and I fell in love with it as soon as I heard it.

Although I love this song so much, I still need to burn it onto a disc to play in my car! Alongside all these other songs, apart from the Gumi song I mentioned above.

This song is very heartfelt and I can relate to it in a lot of ways due to what has happened with people in my past. The music video for this is rather weird but the band themselves are amazing and since hearing this song I’m going to download their album Dressed Up as Life, which I’ve listened to the first half of on Spotify. Oh good old Spotify!

So what songs have you been listening to lately? Let me know in the comments down below!

I thought this would be a nice thing to post about on my blog, as whilst I am mostly beauty and fashion related, I do of course like to bring on some lifestyle related posts to mix it up a bit!

So until next time take care all, I hope you’re well and that January has treated you well.