I can’t believe we’re already over a week into July! I also can’t believe Halloween is just around the corner too, as well as Christmas. Not going to lie, I love summer but damn am I excited for autumn in September! I have so many plans this year. 😛

I feel like July on my blog is turning into a strange month for posts. Nothing has really come out in the pattern/order I wanted it to and this is just purely because June felt like a long month for me and a tiring month at that. A lot of stuff was happening and although I had a week off work, I don’t at all feel rested.

That aside, I’m really excited for this months wish list! Some items are pre-ordered and some I’m really hoping to order… More below of course. 😛

I hope you guys are having a lovely weekend and if you’re watching the football (I’m not :P) I hope you get the results you hope for. 🙂 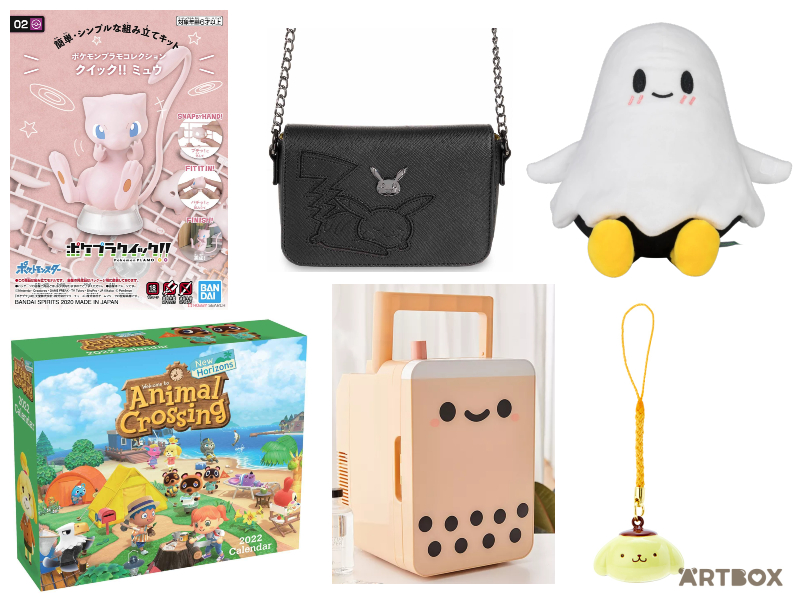 If there is one thing I kind of lack in, it’s shoulder bags. I only really have one (my fake Samantha Vega Sailor Moon shoulder bag) which is my go to, as well as one of my favourite bags as Dane bought it for me back in 2015 when we went to Hyper Japan. The fact it’s still lasted six years later is great! However, I would like something else to use alongside this and this Pikachu Loungefly bag looks to be the one for me! It’s available from the Pokemon Center USA website, but I’m going to source elsewhere me thinks. It’ll be one to use if I’m just popping round to friends, or going out for food/drinks. Think I might treat myself to it at the end if the month!

I found out about this through Twitter and pre-ordered is straight away! As many of you know, I LOVE Animal Crossing (I stream it twice a week on Twitch too :P) so when I saw they were bringing out a little day-to-day desk calendar I was tempted. However, when I found out it have villagers birthdays featured on the day in question, I kind of knew I had to get it for my desk! It’s out at the end of the month and you can pre-order one yourself from Amazon now. 😀

As regular readers will know, I LOVE Smoko and the items they have out, especially the Asian food and potato characters. I’ve been eyeing up the fridge on their website for what feels like years now, so now it’s come to Urban Outfitters in the UK I would really like to pick it up! I very much doubt I will though, but I wanted to show it off to you guys in case you want to get it! 😀

This is something that has been on my wish list for quite some time now and I’d still really love it! I think it would be so much fun to get, make a video of me putting together/stream me putting it together. I’ve not seen anyone in the UK selling this, but I have found it on From Japan, as well as Amazon Japan (linked above) so I think as and when I want to make an order from either in the future, I’m going to pick this up. I want to keep this little cutie on my desk next to my Sylveon capchara (can see and read about it here). I think there’s loads of these you can choose from too including Pikachu, Eevee, Gengar, Mewtwo, etc. If you search for “Pokemon Plamo Collection” on Amazon Japan you’ll see them all. 🙂

This is something I’ve been after for a while and actually found it through a seller on Etsy, but wasn’t 100% sure so left. Now that ARTBOX has it in stock I may order it when payday comes at the end of the month! I’d pop this bell charm on my Loungefly PomPomPurin backpack! I’m planning to show that off on my blog in the future, which will be so cute! 😀 I do really love ARTBOX, but I’ve never actually made an order with them!

Finally we have a pre-order item that I ordered last week after it released. The owner of SGC decided to bring out a plush of the Sad Ghost and I couldn’t resist! For those who may never have heard, SGC “We’re a small creative project making comic books, apparel and merchandise to spread positive awareness of mental health.” which I adore. It makes me feel less lonely and understood when their posts relate to how I’m doing that day with my anxiety and depression. So, when I saw that they’d brought out a plush of the little cutie, I had to order! This little guy will sit with my plushies in my plush cabinet! If you’re really interested in getting your own Sad Ghost, please make sure to snap him up now because it’s only a limited edition item with one run!

Anyhoo guys, those are my wish list items for July! I’m on a spending ban this month in all honesty due to buying my new car, but I’m going to start spending less now, because I need to. I think I’ll have a few treats a month and then that’s it! 🙂

What items are on your wish lists? Do you like what’s on mine? Let me know your thoughts in the comments down below!

Until next time guys, I hope you’re having a lovely weekend and take care. 🙂