So yesterday I wrote about mine and my boyfriends day out to Hoar Park, a children’s farm in Nuneaton, which you can find here if you haven’t read it yet.

We went on Saturday afternoon and whilst it wasn’t the warmest of days, it was still lovely and it didn’t rain, which we were both glad about… Even if I did have my umbrella at the ready!

After we had looked around the farm and all the animals there, we went onto the part of the farm where the smaller animals were kept and I think it’s safe to say we spent most of the time there. The animals in there were just so damn cute and I felt a little sad to leave a certain little dude behind, I think we both wished we could have taken him home with us on Saturday. 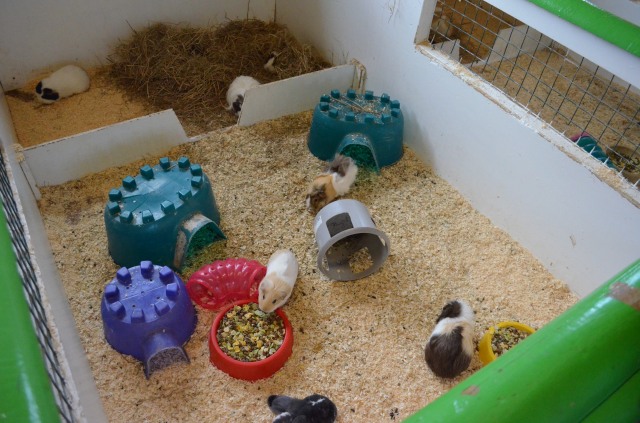 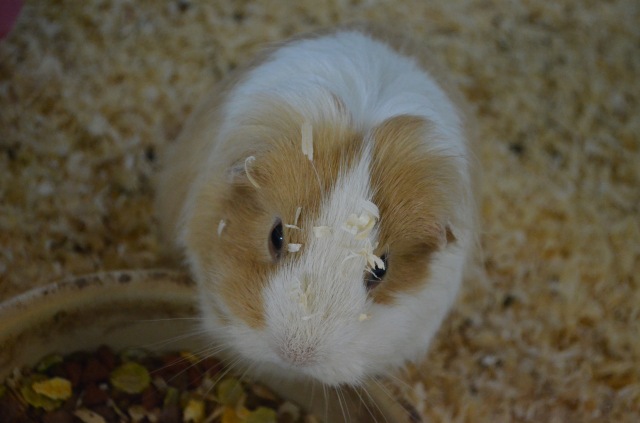 The guinea pigs we saw in the little animal hut were so adorable! There was two pens full of them and one set of them were called The Chocaholic’s because they were all shades of brown and white. These guys were quick when you went to try and take photographs of them, but I’m rather proud of this quick snap I got of this little guy whilst he ate some of his food. I like how cute he looks with some sawdust on his head. He happily sat there eating whilst I took picture after picture, but this one turned out to be the best. Although they were all quick, they were really friendly and didn’t shy away from the camera when taking pictures of them.

The rabbits were all pretty chilled and for the majority were either sleeping or lying down twitching their little noses. They just look so fluffy and cozy as they sleep and huddle together. I love how the rabbits lay down on their sides to sleep, they looked so peaceful and at the same time pretty shattered! We’ve all gone home after a long day at university, work or even seeing friends and lay down on our beds or sofas the same way! Both the guinea pigs and rabbits were for sale and I was surprised to see so many in there, I’d love to have taken one of these home.

I love turtles and tortoises and when I get my own place I would love to get one of my own, this being said I’d probably be too nervous to touch it incase I hurt it! I was once told from a tortoise owner that if you turn it upside down, you could kill it… If this is true I’d be so scared of it ever happening! Anyhoo, these two guys were pretty funny and I could have watched them for ages. The little one kept trying to have some fun with the larger one and the big kid in me thought it was a funny thing to watch. I love the last picture in this trio, they’re just staring at me whilst I wave at them. Damn I need a tortoise of my own! 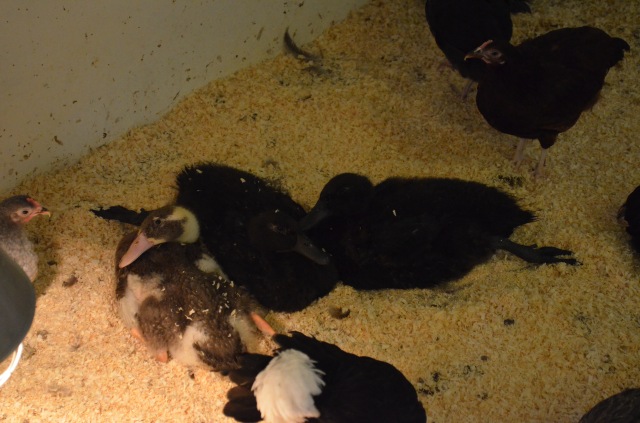 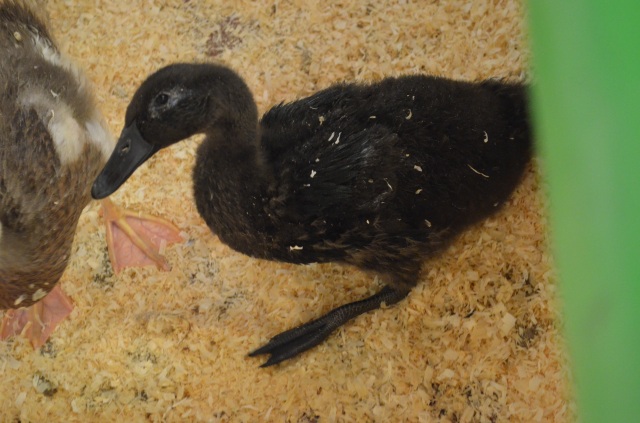 As I mentioned in the post yesterday, I had never seen a black duck before and it really brought some sort of childish excitement out in me. They look so beautiful, so when we went into where the chicks and ducklings were kept and spotted these, I couldn’t stop saying, “Aww!” in the highest pitch I could manage with a sore throat. There was only two or three of them in there, but they were a real treat to see and I couldn’t stop taking pictures of them.

The yellow ducklings were just as cute as the black ones and my boyfriend got this really cute one of a duckling looking directly at him/the camera. I love the little bits of fluff on their heads, I don’t know if this is their feathers malting away or if it’s a tuft of feathers they have on their head. Either way it’s cute and makes it look like they have an afro! Before we left we noticed one of the chicks was sat on this ducklings head whilst he was lying down, eventually falling to sleep. We joked saying, “Get your butt out of my face!” it was rather comical and yet childish at the same time. 😛

This is one of my favourite pictures that my boyfriend took. In their little cage by the chicks and ducklings pens, was this little yellow budgie. It sat quietly in its cage watching us look around and posed for pictures whenever we took any.  I took a couple, like my boyfriend did but this was the best one out of them all! Looks like such a photogenic, poser, doesn’t it? The picture shows off the colour of its feathers perfectly too, a lovely greeny yellow, I bet it would have been nice to stroke the little budgie. 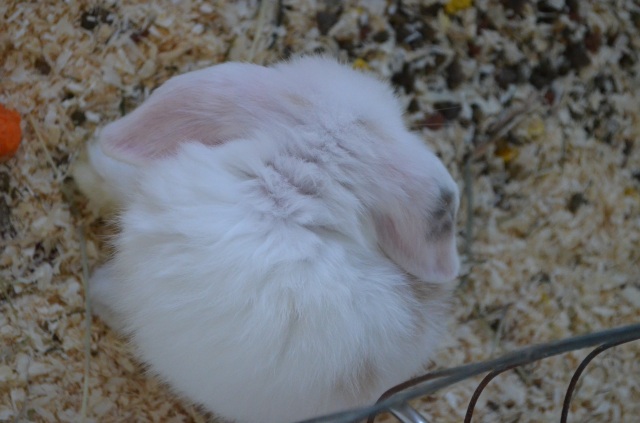 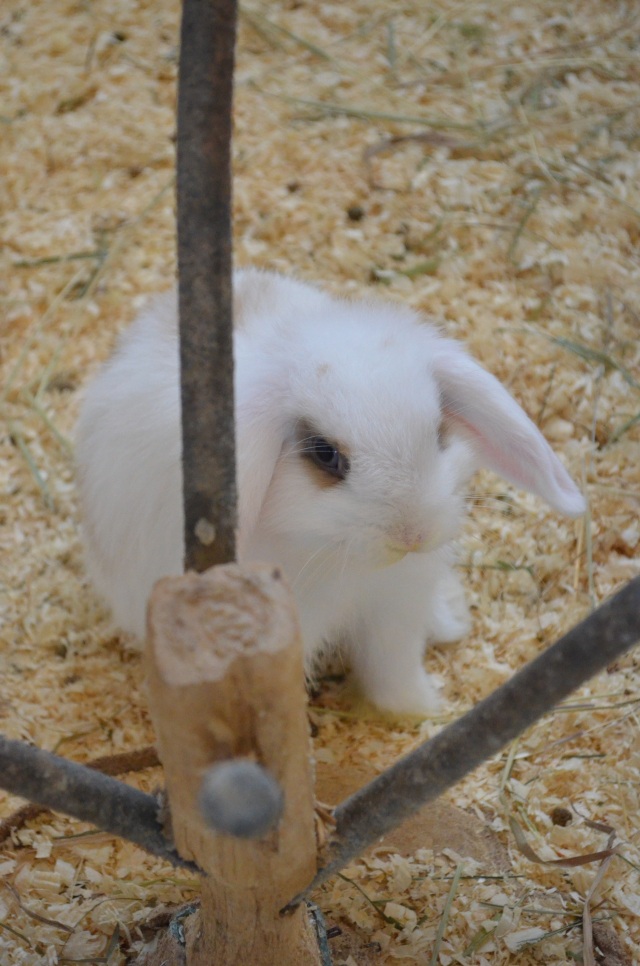 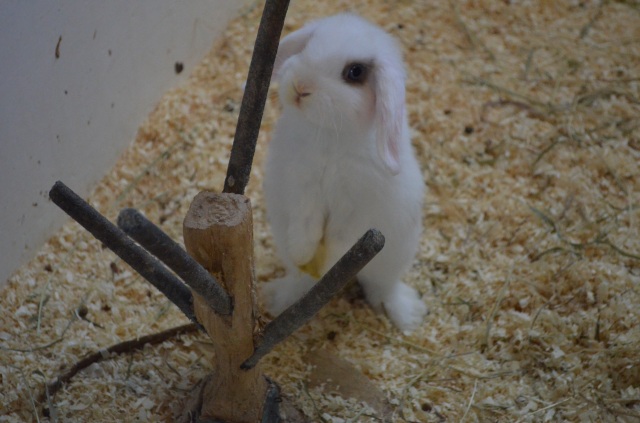 Now I’ve saved the best pictures until last on this post. This little dude here really cheered me up on Saturday and my boyfriend and I really wanted to take him home with us, as well as pick him up to snuggle, but of course we weren’t allowed to. We took so many pictures of him and as much as I wanted to show you all of them, it would have made this post WAY TOO LONG and it’s long enough already as it is. Maybe I’ll include the  other photographs on another post sometime, we’ll see. This is a little male bunny and boy did he have a photogenic personality! At first he seemed rather quiet, but as soon as we started taking pictures of him he hopped over towards us and posed like a good ‘un! He looked so soft and fluffy and rocked some awesome black rings around his eyes, as well as a cute little black dot on his right ear, which I thought was adorable. He cost £25 to buy and I really do hope he goes to a good home, how has anyone not bought him yet? I wish either of us could have bought him and brought him home with us. I was rather sad to leave when we did, purely because of how cute this little dude was. I hope my boyfriend and I can go back to this farm in the future and still see him there!

After we finally finished looking around the farm we popped into the cafe to have some tea and lunch. The tea was really good and after our lunch we were full. It was nice to sit down for a bit and we even discussed some more adventure ideas for us to go on. After that we popped out into the field nearby to take my pictures for my what I wore post as well as some personal pictures of us both to have. 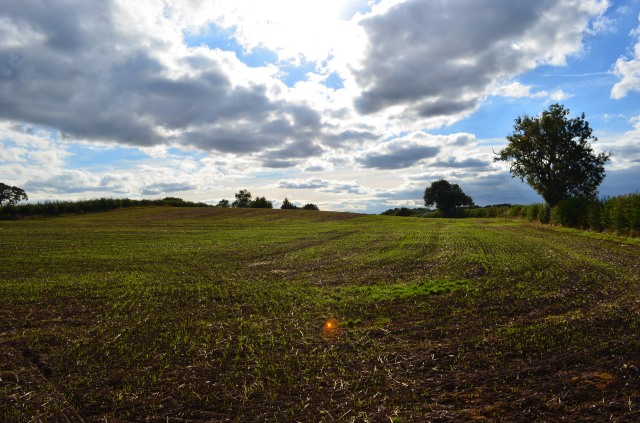 I had a wonderful day with my boyfriend at the farm and I’d love to go there again in the future!

If you live near Nuneaton, I suggest you go to Hoar Park yourself, whether you have children, or not! It’s a lovely little place and I can imagine it being really nice during the colder autumn months and in the summer time too.

I really enjoy doing these adventure posts with my boyfriend and I can’t wait to do more of these in the future, hopefully with vlogs too!

What did you get up to last weekend? Have you got any mini or big adventures planned soon? Let me know in the comments?

Also, would you have bought that bunny? Let me know. 😉

Until next time, take care and I hope everyone’s week has been going well.