Woohoo a New Year and therefore a new favourites post, BUT I have decided to change it up again this year! Instead of just writing about my beauty favourites, I’ll also mention one favourite TV show, film, book, song and game. Of course as it always has been, my favourites will focus on beauty.

So without further ado let’s get on with talking about my favourites!

I picked up this foaming cleanser around my birthday when I popped in TK Maxx to have a look for some goodies. It only cost me £2.99 which I thought was a bargain and I wish they had more of these in stock as I would have bought more. This is one of my favourite cleansers at the moment to use as it leaves my skin feeling squeaky clean and fresh. It’s said to leave your skin looking brighter and I can’t say as I have noticed this severely but I do feel like my skin looks healthier since using it. You only have to use a little bit too because as soon as the cleanser gets into contact with water it foams up loads on your face. If you can pick one of these cleansers up then do as they’re worth every penny.

This as many people will know was one of Lush’s new Christmas additions in 2016 and I am so sad that I was never able to get anymore of this. I’m glad however to have picked up a little bottle to see what it was like as aside from Snow Fairy and The Comforter this is one of my favourite shower gels to date. It smells of oranges and lemons and is really refreshing to use in the mornings or to perk you up in the middle of the day. I’ve been using it lately when I’ve been on the really early shifts at work to perk and wake me up in the morning.

This was something else I picked up from TK Maxx for the bargain of £14.99 when it was originally meant to be over £30! I worried I would regret picking it up but alas I love this serum so much and it’s something I use on a daily basis! It’s a lovely cooling serum and a little bit goes a long way to cover the whole face and neck. I use it after my toner and eye cream and before my moisturiser. I would recommend picking it up if you want to introduce an anti-aging serum in your daily beauty regime.

My lips have suffered during the harsh cold days lately and I’ve found only this seems to have fixed them and even then they’re still very blistered and sore. This is a thick cream lip balm that smells and tastes of cherry drops, yummy! A little goes a long way but I do find I have to keep applying it to ensure that it’s doing its job to its fullest.

This is an odd favourite this month because I haven’t been using this the way it should be… Instead of using this as a body lotion I use it as a hand cream during my shifts at work. I often get water on my hands and wash them a lot so it’s necessary to keep them hydrated when hand creams and lotions to make sure my eczema doesn’t flare up again. This body lotion works remarkably well as a hand lotion and it also smells amazing! I keep it inside my Etude House seal pot which did originally have a green tea hand cream in, but I used it all. Hey! Why through away such a cute little pot when I can re-use it?

This will always be one of my favourite TV shows as I have some very fond memories behind it. One being that my best friend Gabriella got me into it in the first place and second of all I remember my boyfriend Dane wanted to catch up on series 3 episodes online whilst he was on a snowboarding holiday and suggested we watch them at the same time during a Skype video conversation. Other than that I LOVED series 4 and although I am sad to see the show come to an end the three last episodes had me on the edge of my seat, but not as much as the last! My favourite moment was the start of episode 2 when Sherlock goes out for chips with Faith and tries to stop her from killing herself. I thought it was heartwarming myself and really pulled on my heart strings.

Although this isn’t a new film and is also one I watched back in December, I couldn’t actually think of a new film I’ve watched recently… I was going to mention Star Wars: Rogue One but meh I saw that nearly two months ago. That was still a great movie mind! But Gone Girl was amazing to be honest and one that kept me constantly shouting at the TV and to Dane about what’s going on throughout the film, until the truth is finally revealed. I might watch it again in the week if not in a bit as I really did love that film. I wouldn’t mind reading the book to see what the differences are between the two, as well as see how it was written. If you’re interested in watching it it’s on Netflix.

Favourite Book – Your Lie in April

Of course it’s going to be this manga. I haven’t stopped talking about it since around Christmas and I have fast become obsessed with it, as have most people! I’ve only read volume one of the manga so far but after I’ve done loads of blog work I’m going to sit down with a nice cup of tea and continue to read the series as I love the anime so much, so I know I’ll love the manga just the same.

I love this song so damn much and it’s one that I’ll listen to loads as and when I can. I recently saw them play live in Birmingham and I had such a lovely evening! Sadly they didn’t play this, but that’s not a problem. It’s from their second album Going To Hell. 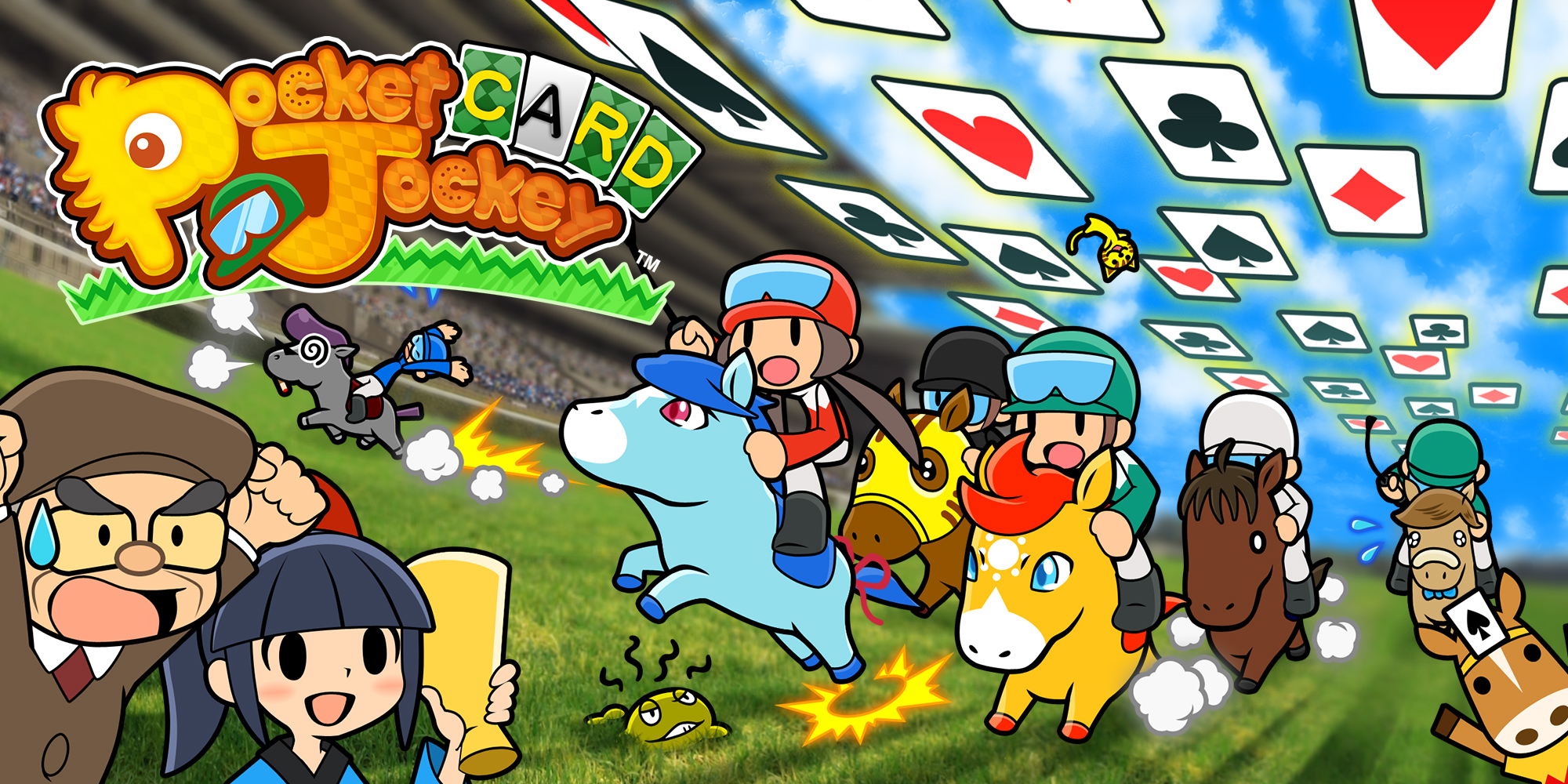 This is a game on my 2DS that I have been addicted to since I downloaded the demo of it! I immediately bought the game when the demo ended as I was just enjoying playing it. It’s especially good for relaxing if you feel stressed of anxious, which I’ve found has helped me a lot throughout the month. You’re a jockey and in order to win your races you must play solitaire and win games etc etc. That’s the only way I can describe it. The demo is still available for the game and to buy it it only costs £6.29. The game itself reminds me of a horse racing game me and my dad used to play at an arcade years ago when I was little.

So those are my favourites from January! January was a weird month for me to be honest and I know February isn’t going to be that much better sadly due to some personal stuff going on at the moment. Sadly I won’t be sharing any of that on my blog, but just know that I am okay and I’m slowly on the mend.

What were your favourites from January? Make sure to let me know in the comments down below!

Until next time take care all and see you soon.