We are already into the fourth month of the year and it’s so crazy how quickly the year is flowing by! As I mentioned recently in a post about March, the month was like a roller coaster in both my blogging and personal life. I did so much blog related work (events wise) throughout March and I even got myself a new job, which I started today!

So yeah March was a memorable month for 2019 and one I won’t forget for a very long time. Due to this my blog hasn’t had as many posts per week as it usually does due to the fact I’ve been so busy! I’m hoping to be a little quieter throughout April so more posts will be up on my blog.

I plan to try and catch up on gifted posts from March and then I have LOADS of post ideas to pop up on my blog, so make sure to keep your eyes on those.

Anyhoo, it’s time for me to share my favourites from March. 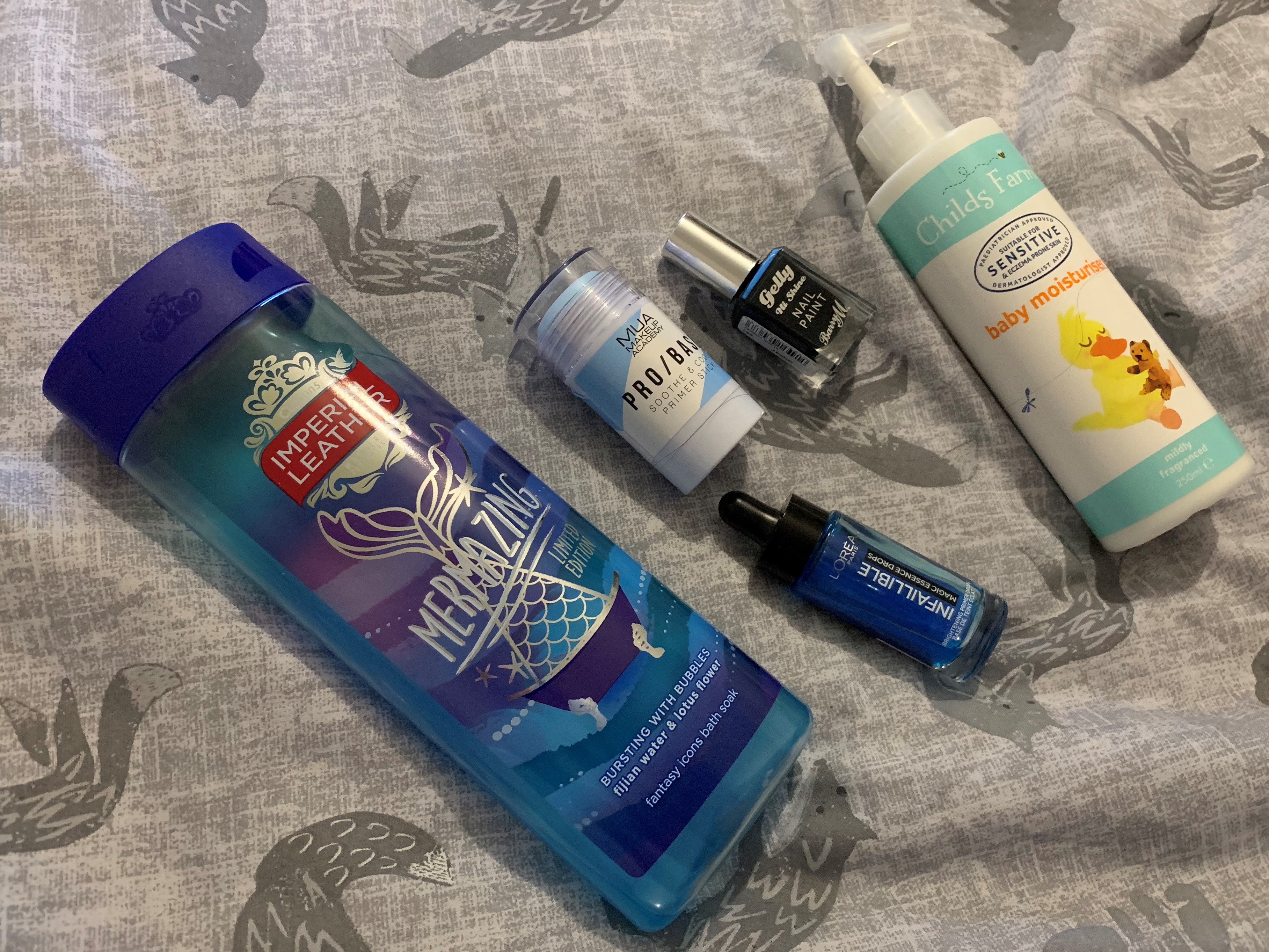 I picked up this bath soak on a random food shop at the start of March and throughout the month I loved using this after pole dance fitness classes! Sometimes there’s nothing better to do than come home and run a lovely hot bath to have a good soak in… To be fair I really want a bath right now as I’m freezing! This bath soak has Fijian water and lotus flower in which smells so refreshing but also reminds me of a manly scent my dad would have used in the bath whilst I was growing up. I just love this bath soak, I’m just sad that it’s limited edition.

I picked this up in March whilst shopping in Superdrug with my friend Sophie (hey you!) and although it’s up on my favourites this month, I do still have some mixed thoughts on it. I’ll review it in the future! 😛 The reason it’s on this list this month however is due to the fact it works really well as a cooling stick and due to this it has done wonders to my under eye area. I can use this throughout the day whenever my eyes feel tired and sore and get an instant wake up with this cooling stick. It will be perfect for hotter days when your skin just needs to feel cooled and refreshed. Also it’s at the stupidly low price of £5.00 so you won’t break the bank if you head over to Milk Makeup and buy their version for £20 more… 😛

This was a very spontaneous purchase and I picked it up on a 3 for 2 so this was actually the free item, woohoo! I love the Barry M nail paints as I find they last ages for how much they cost and the price you pay for them is always good. I’ve not used the gelly nail paints for years and forgot how lovely they actually are. I love a good black nail polish so I knew I would love this one! I’ve worn it a few times throughout March and has really loved it! 😀 There’s nothing wrong with rocking black nail polish, especially if you were an emo/goth kid like I was! 😛

This are some magic essence drops I heard about throughout March from both YouTubers and bloggers, so I knew I had to give them a go myself. Like the cooling stick I currently have some mixed views on this product, but until the cooling stick, I’m not sure if I want to review this yet or not. These drops are a dark blue (as you’ll see!) which is said to be good for brightening the skin and making it look younger and more youthful. I’m unsure if they’re actually brightening my skin at the moment but they’re definitely making my skin feel lovely after use. I wish I could find some primer jobs that mattified but didn’t cost a bomb to buy.

So last month in my February favourites (which you can read here) I mentioned how I’d picked up the Aveeno daily moisture lotion to use on my hands as my eczema had gotten worse. This being said the Aveeno didn’t seem to work all that well after a while, which is something my hands tend to do. They get used to a product and then stop it working on my skin. This being said though, I don’t think I was ever going to have much luck with Aveeno and typical this happened after I spoke about it on my favourites post last month. I took to Twitter for help (my handle is @maybeecoffee) to see if I could get anymore suggestions from people and most were saying Childs Farm. Sooo I picked up a bottle and it has done wonders for my skin since! A little bit of this baby moisturiser goes such a long way and due to that it lasts agggggges! I use it every morning before I go out, as well as on and off around the house when I’m at home. It’s honestly perfect and I’m so glad I went with peoples suggestions on picking it up.

It was kind of hard to pick a show this month and not because I haven’t watched any or anything like that, but because I’ve watched so many various different ones it was just so hard to choose! One that stood out the most is 24 Hours in Police Custody purely because I love that show so damn much! Every time a new series starts I get so excited for each episode… Which in itself sounds a little fucked up considering it’s about crime… BUT of course I love when they get the bad guys in the end and they get sentenced. I’m pretty sure this week is episode 4 and I can’t believe we are already 4 weeks into the new series! If you’ve never watched this series before then you so should, it’s worth a watch.

Me and Dane went to watch this a couple of days after it was released and I actually loved it far more than I thought I was going to! Without revealing too much I’ll try and explain why I loved it so much. First of all the soundtrack, it’s amazing and I’d totally buy it! It’s heavily 90’s grunge music and to coincide with that so is some of the fashion shown throughout the movie too, as well as band posters scattered throughout locations in the film. I felt so nostalgic watching it and as a fan of both grunge fashion and music, it made me so happy!a As well as that the film was just so good, the only fault I had with it was the first 20 minutes seemed so drab and boring, but it really does pick up and I can understand why those first boring minutes were necessary for the film overall. If you haven’t watched it yet, please do! 😀

Did I have time to read? Did I fuck. Now with my new job I’ll have a lot more time to read during my lunch breaks so I am actually so damn excited to be catching up on loads of manga that has been backlogged in my collection lately.

Favourite Music – “11 Minutes” by Yungblud and Halsey Feat. Travis Barker and “High Hopes” by Panic! At The Disco.

I spent a lot of my time listening to KERRANG! Radio in March and this song came on quite a lot and featured heavily as various presenters favourite track of the week and I can understand why. It’s such a sad song with it’s lyrics, but it’s such a lovely song all the same due to the catchy tune etc. The singing by Yungblud and Halsey work so well together, alongside Blink 182 drummer Travis Barker in the background. It’s such an amazing collaboration and it’s fast turned into my favourite song.

Alongside “11 Minutes” I’ve also featured “High Hopes” by Panic! At The Disco as although this song has been out since August 2018, it’s really grown on me lately and I also feel like it’s only really been played recently too. It played on the way to and from both of my interviews for my new job and it was the song I was listening to after I found out I’d been given the job. So whenever I hear it now it reminds me of that and thus has such a lovely memory tied to it! I used to love hearing it loads in my old job, so moving forward I’ll be downloading it soon so I can make sure I hear it to and from my drive to work. 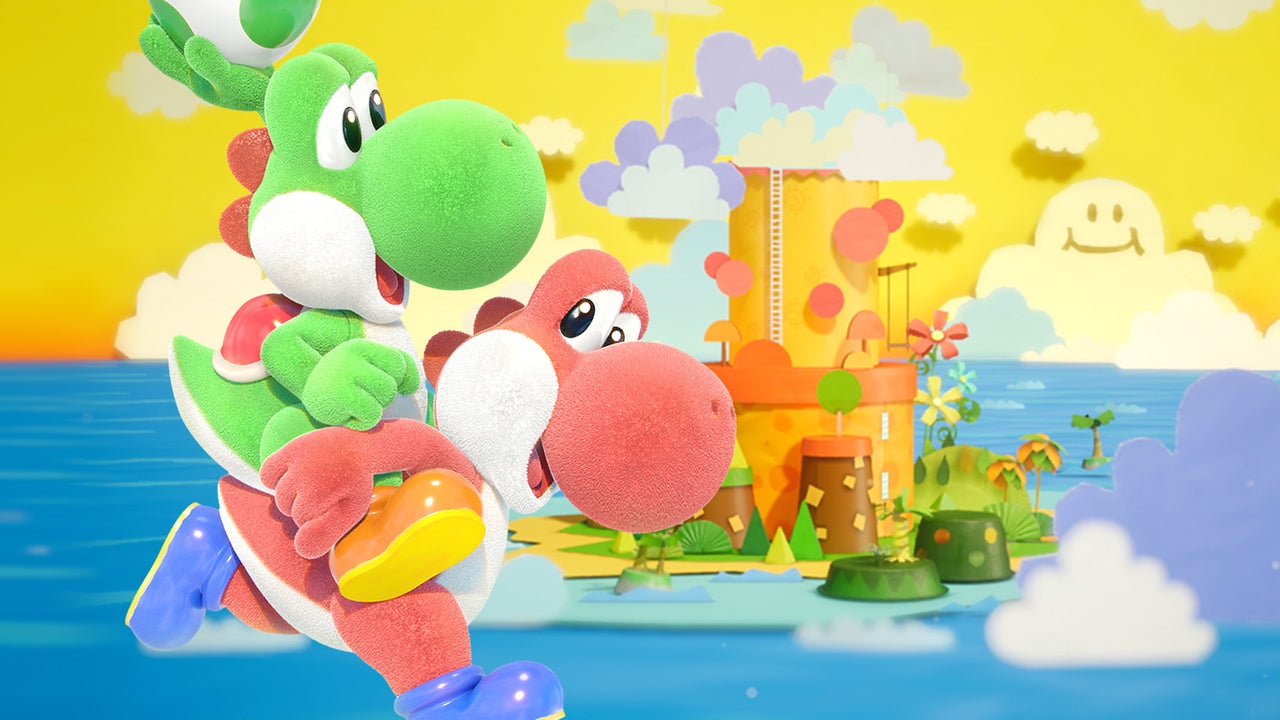 Granted this game only came out at the end of March but I don’t really feel like I played all that many games throughout March as I was just too busy! I played Pokemon GO and Animal Crossing: Pocket Camp loads due to how much I travelled to and back from Coventry, but other than that… Nothing. Since I picked up this game a few days ago I have played it loads and really fallen in love with Yoshi all over again! I never played any of the Yoshi games growing up, but always wanted to. I played Yoshi’s New Island but I just couldn’t get into it. I tried the demo for Yoshi’s Crafted World and fell in love, so I knew I had to pick it up! Plus it’s a two player game, so Dane can play it with me!

So that’s all my favourites for March! As I’ve said various times on my blog lately, March was a crazy month and as much as I loved it, I’m really glad for a new month due to how crazy it was. April will hopefully be a bit more relaxed, but this being said it’s going to be just as mad.

Dane’s 30th is this month and I already have most weekends planned with stuff. OH and we mustn’t forget it’s Easter this month too. 😛

Anyhoo, what were your favourites from March? Make sure to let me know in the comments down below!

Until next time, take care all and I hope you didn’t get too many April Fools jokes made on you today. 😛