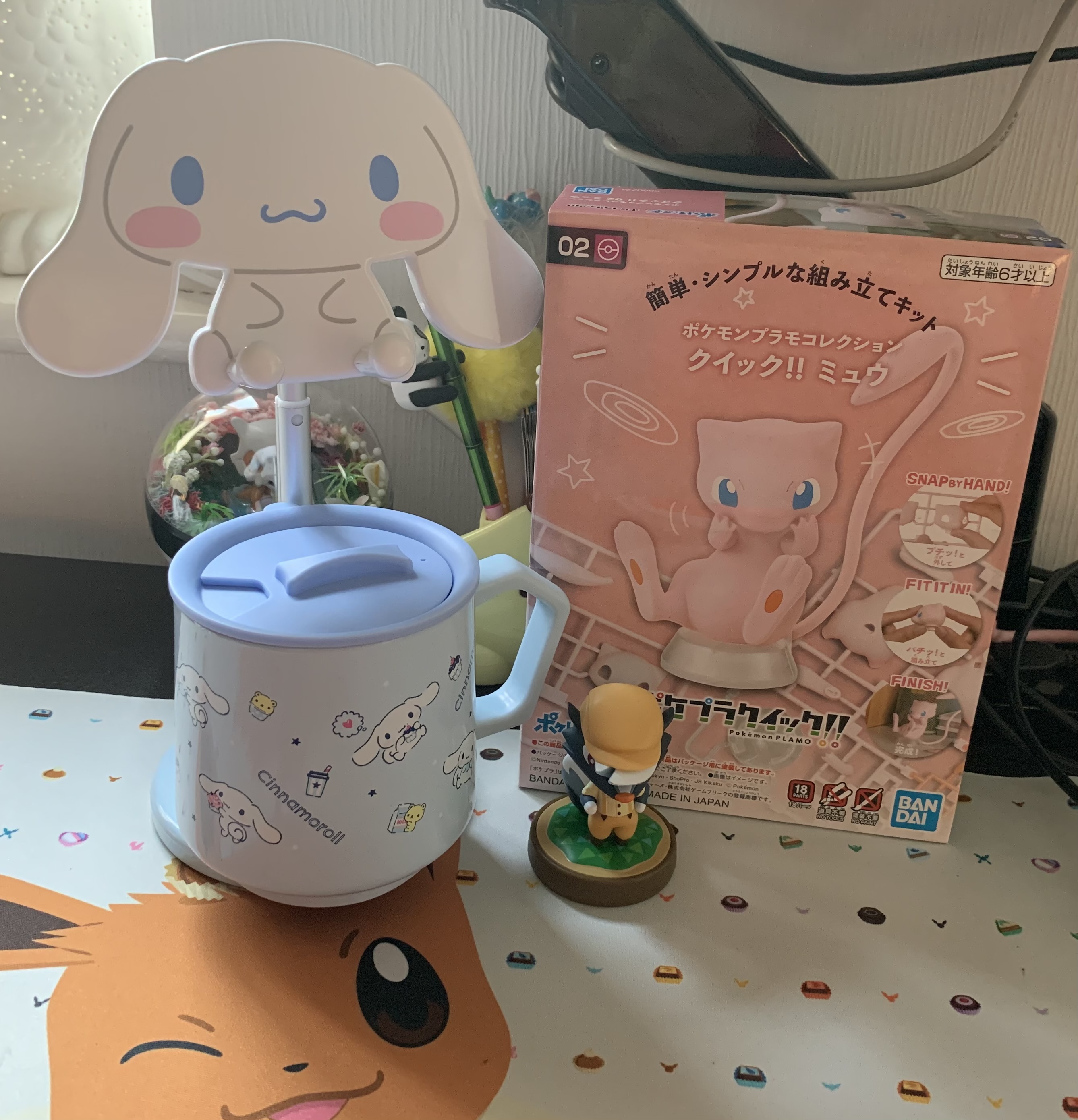 This isn’t the first time I’ve mentioned Amazon Japan on my blog, and I very much doubt it’ll be the last! At the end of July I decided to splurge and place my biggest Amazon Japan order to date, which I was so excited to have arrive.

I decided to grab some items I’ve been after for a long time, as well as some newer items on my radar that I found were a bargain from Amazon Japan. I placed my order on July 23rd and my goodies arrived on July 29th, amazing time frames when you think about it coming all the way from Japan! I was honestly counting down the hours the day everything arrived. I did film a reel over on my Instagram page literally hours after my goods turned up too, which you can watch here.

I’ll briefly share my experience with Amazon Japan before I go into the goodies I’ve bought. As I mentioned before, this is the biggest order I’ve placed through Amazon Japan to date and is also my third order. Goodies are packaged quite quickly after your order is placed and as mentioned, I received my goods just under a week after I placed the order, which is fantastic! My parcel arrived via DHL and cost £17.76 which I personally felt was worth it for how much I ordered. Due to this I find with Amazon Japan the bigger the order, the more you’ll get for the price you pay for shipping too. I don’t think they’ve ever offered any other form of shipping, which is fair enough.

Right enough of that, on with the haul! 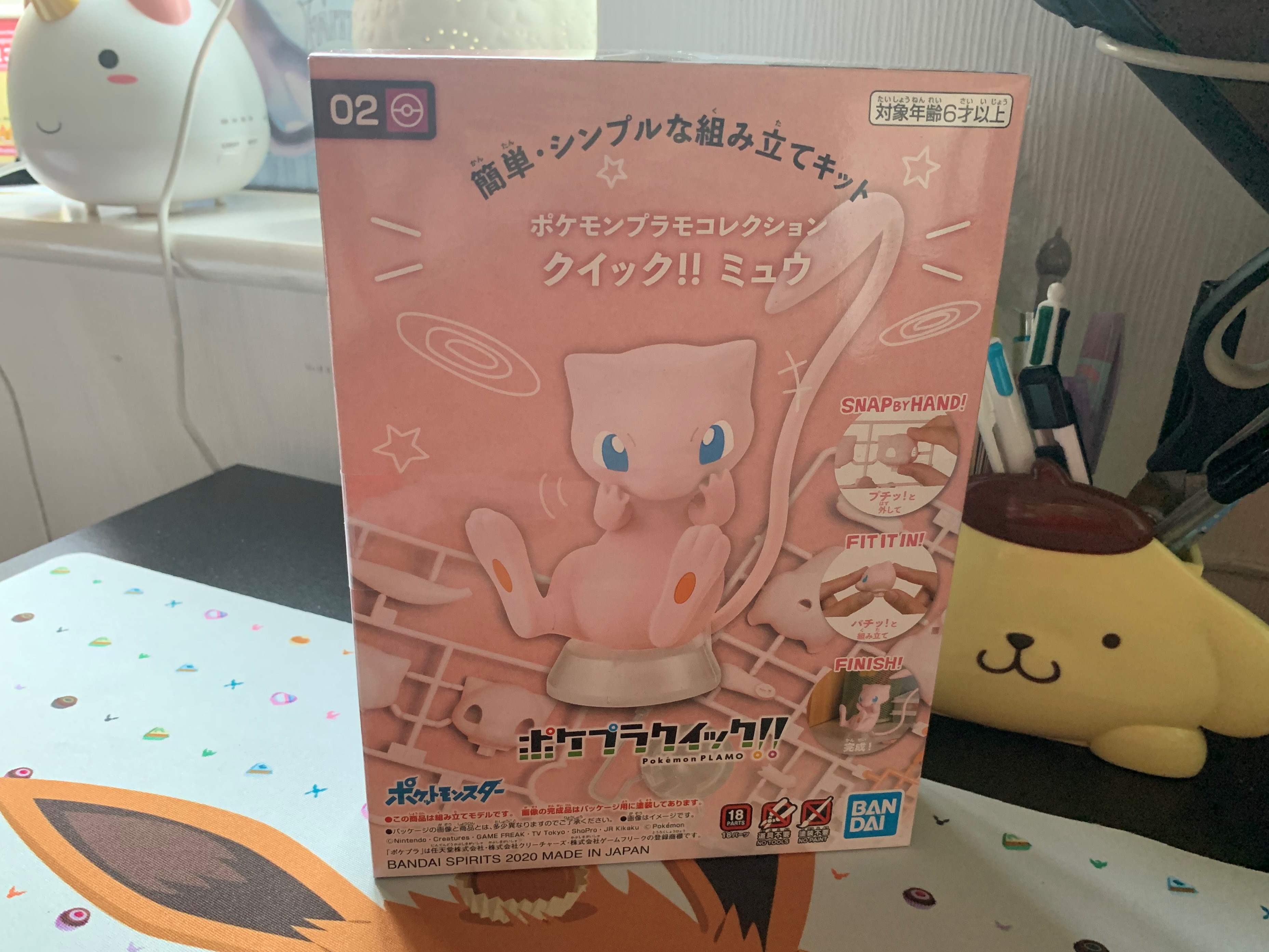 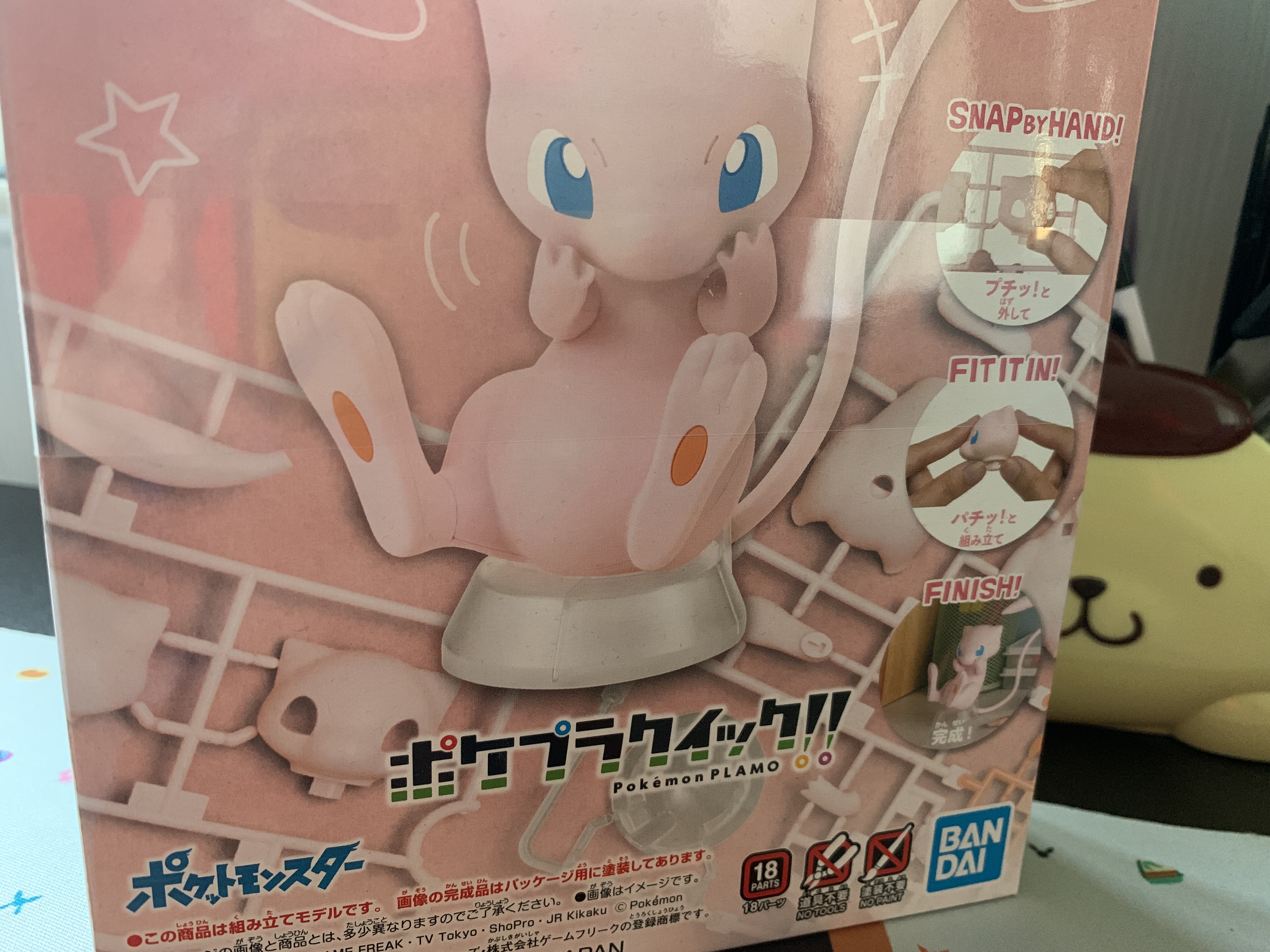 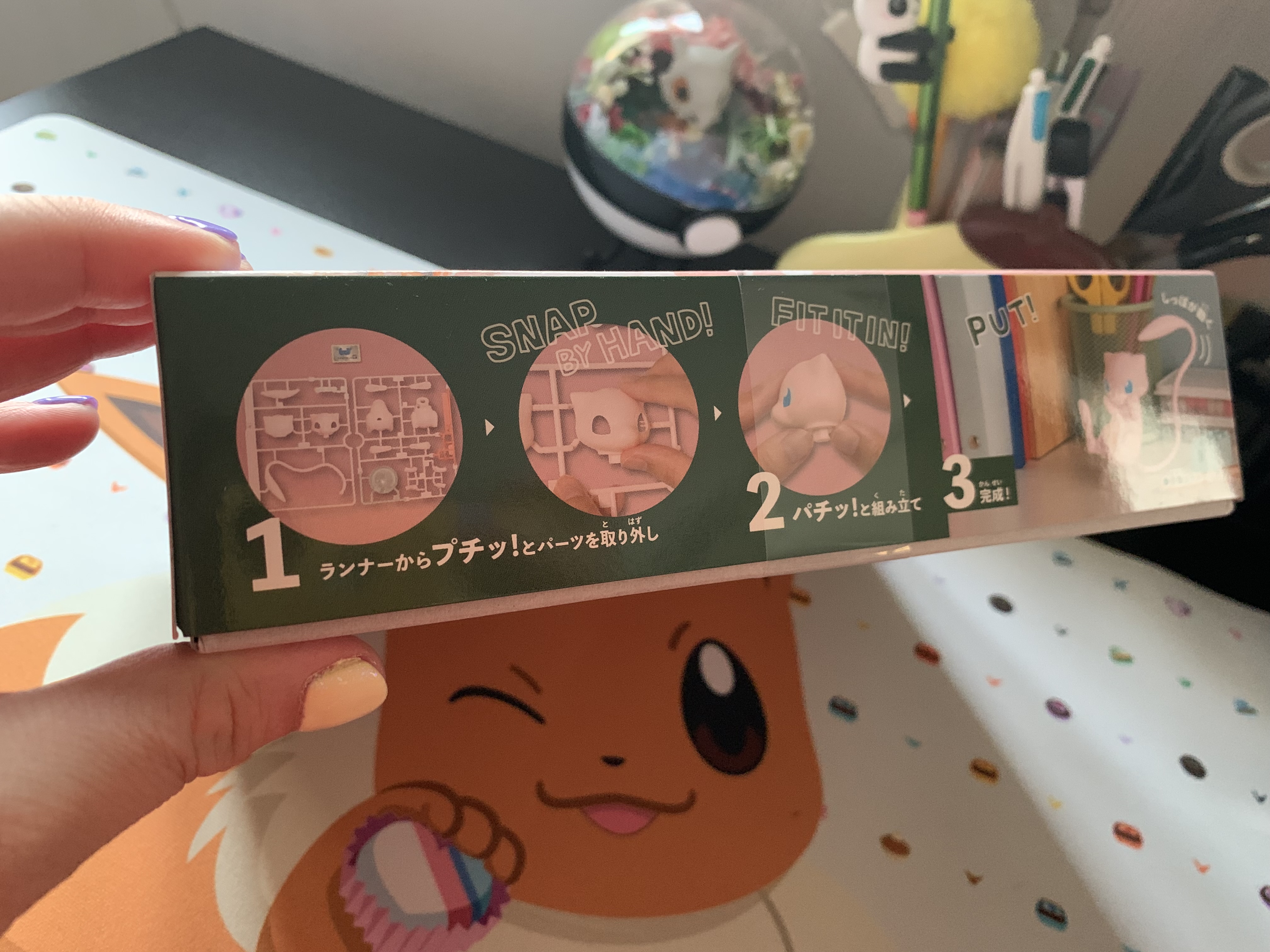 I can’t tell you how long I have been after this model kit, but it feels well over a year for sure. One of my favourite Pokemon is Mew, so whenever I see any form of merchandise I like the look of with it on, I just can’t help myself from picking it up. I’ve never done a model kit and loved the appeal of giving one a go. The reason I’ve not purchased this until now though however is unfortunately due to how much people sell these Pokemon model kits for, especially this one it seems. I paid under £4 for my model kit, but to be honest people sell these for almost £20, which is such a jump. I understand import charges and delivery that people may face getting these model kits to the UK, but yeah. With the price of the item and splitting the overall shipping costs, this would cost me under £10. Of course you can shop with who you wish to, but personally I don’t want to feel “ripped off” by anyone, so would rather purchase directly from Japan. I haven’t made this figure up yet, as I’m sure you can see from the photos, but I’ll definitely do it at some point before the end of the month! 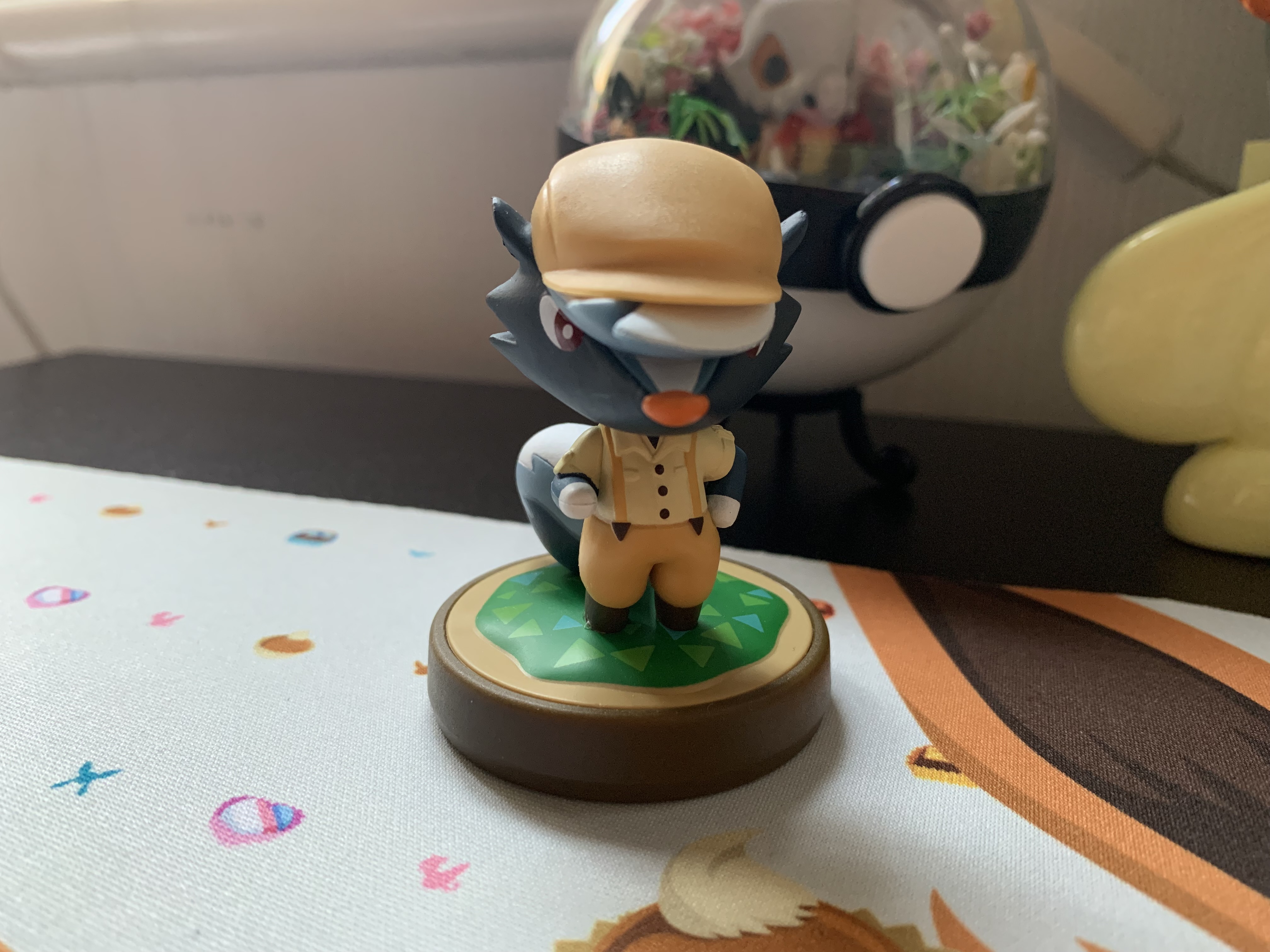 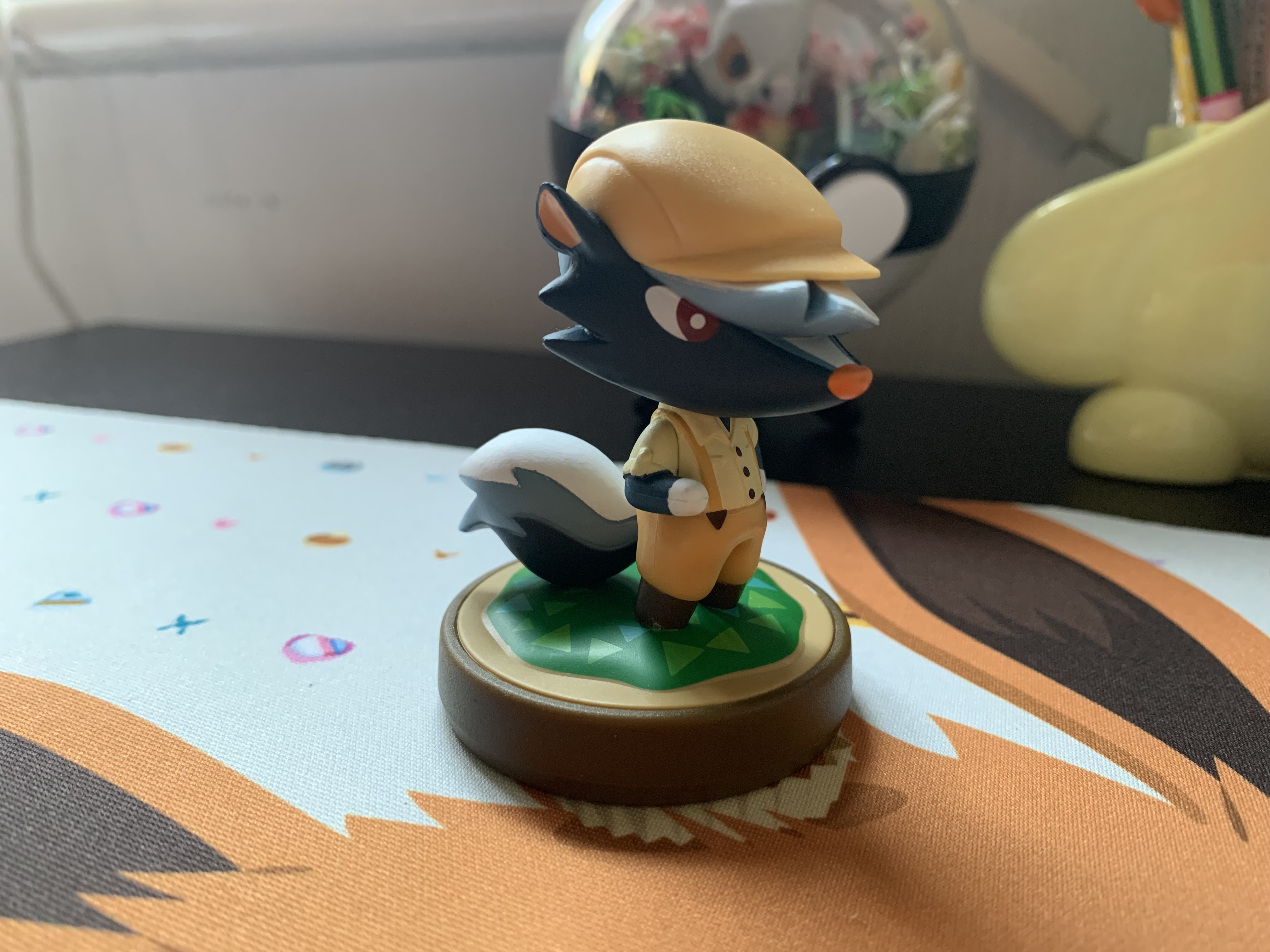 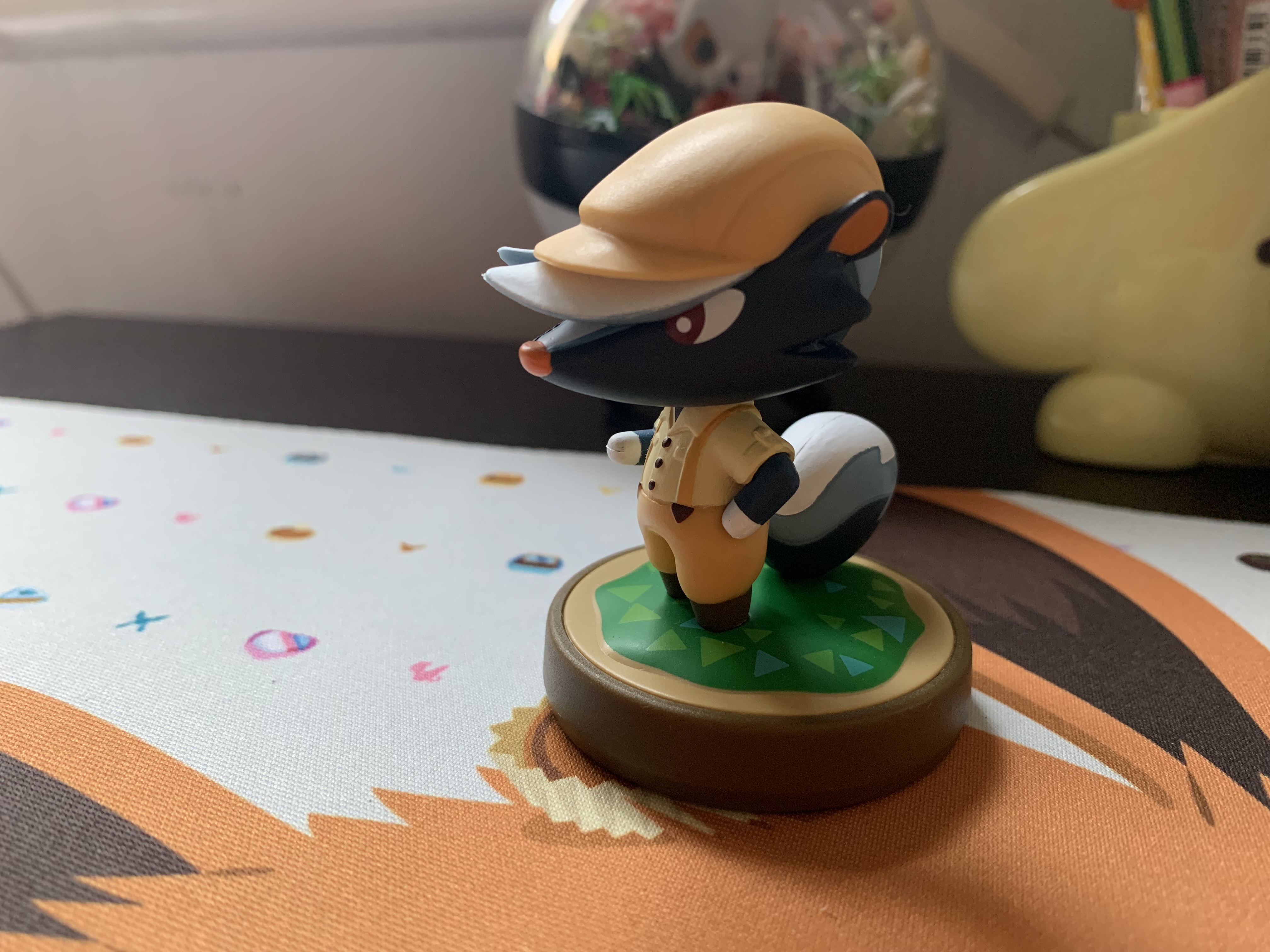 This is another item I’ve been after for quite some time but it appears to be a rarer find in the UK and due to that isn’t exactly cheap! This was the last Animal Crossing amiibo figure I needed, so when I found this one on Amazon Japan for less than £8, I knew I had to buy it! Aside from the Super Smash Bros. Animal Crossing amiibo, I definitely have them all now, which makes me so happy! I only really started to collect them last year, with the majority of them being second hand. 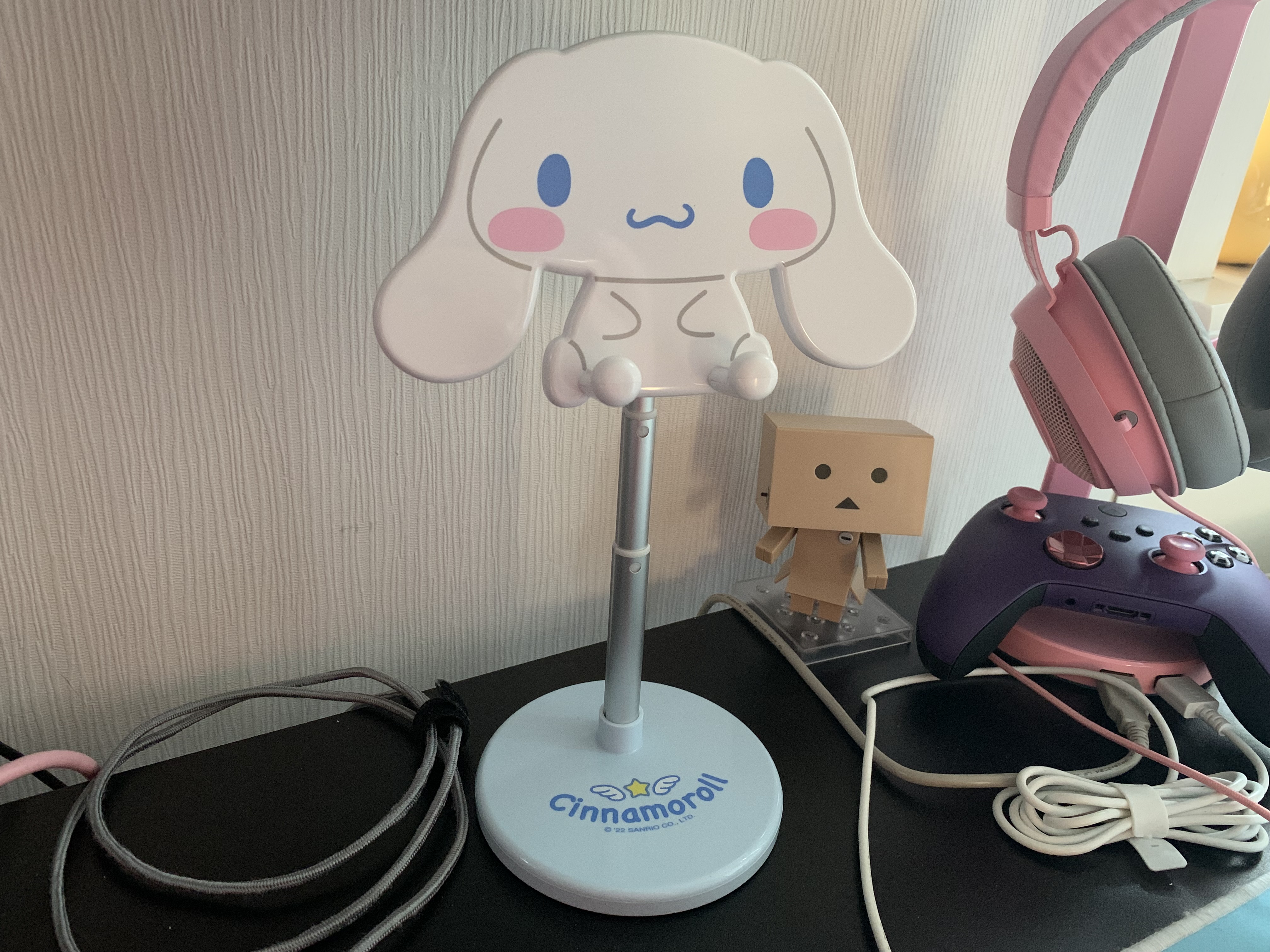 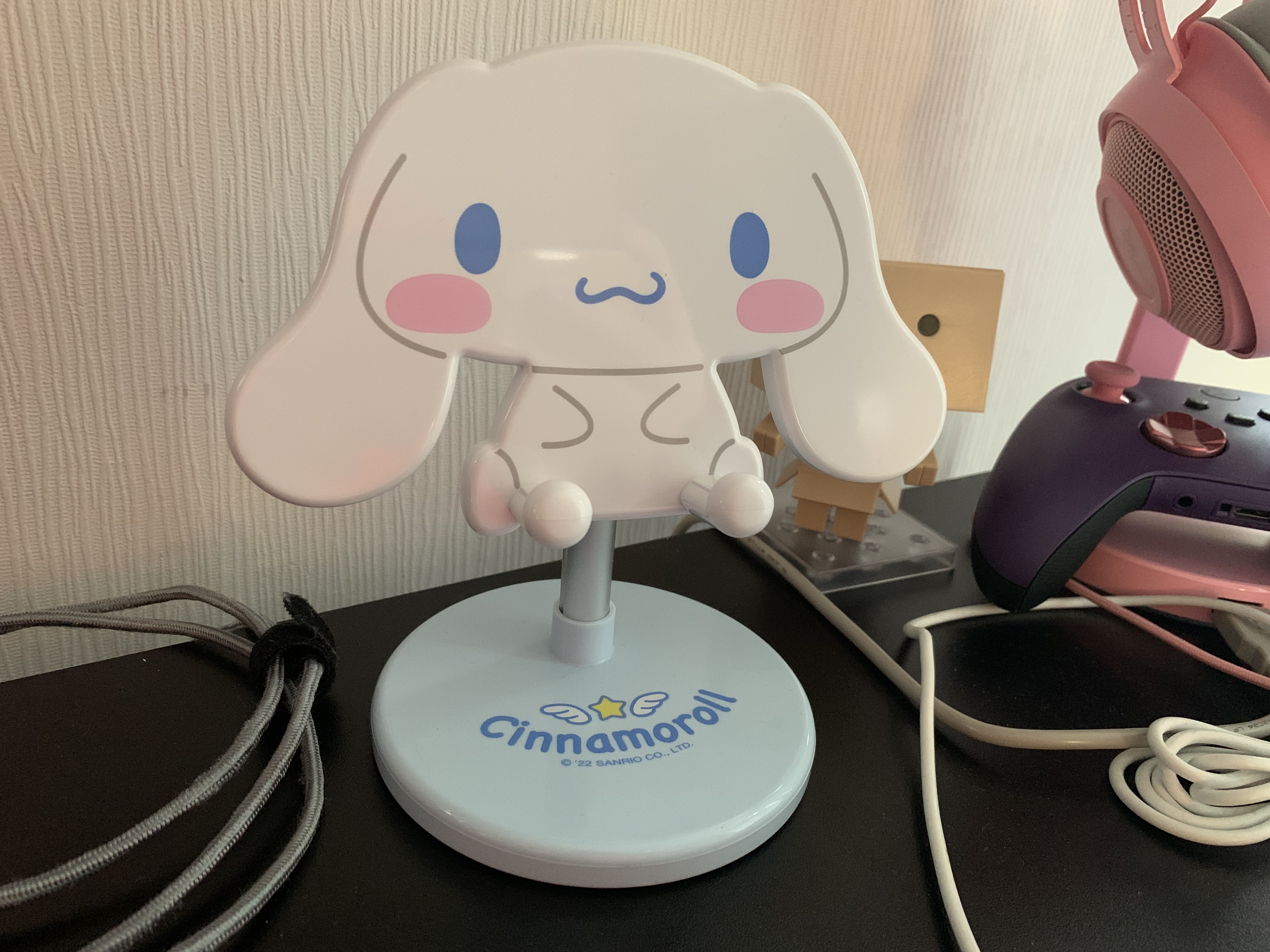 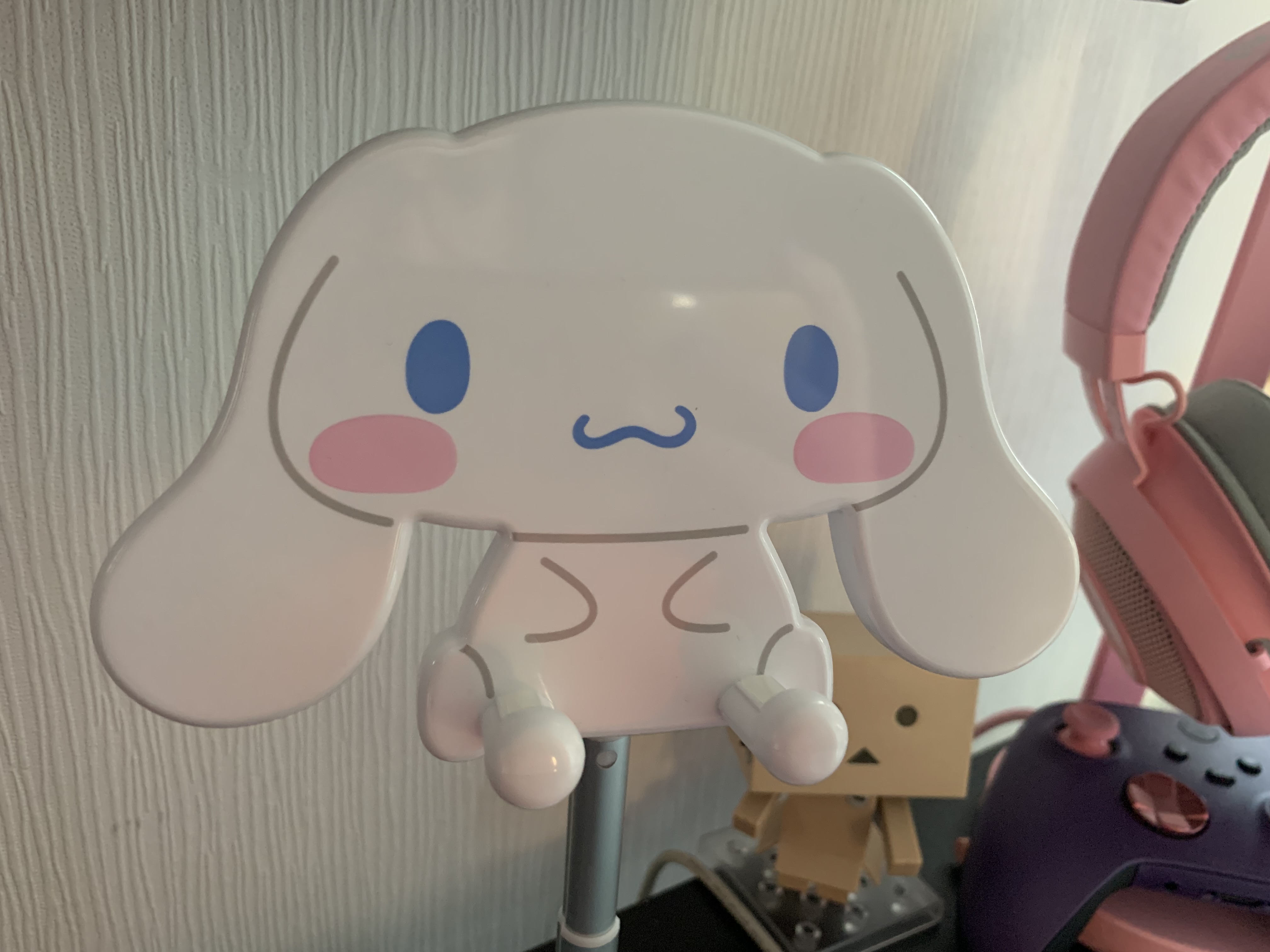 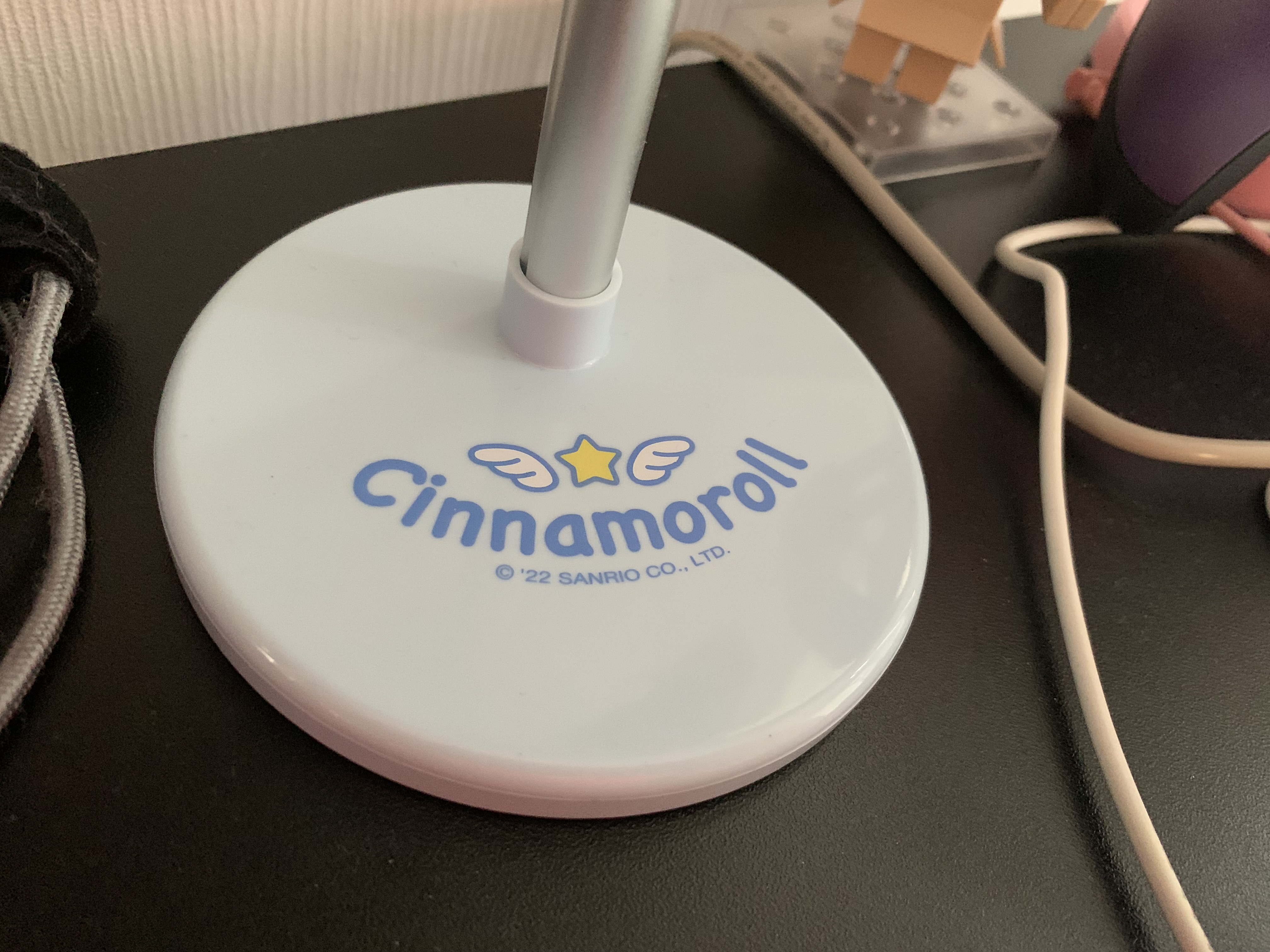 This was one of the items I wanted the most from this Amazon Japan order, as I’ve been after a phone stand for my desk for a while, I just never found one I liked the look of. I discovered that this item existed through someone I follow on Instagram, but wasn’t aware that it was available on Amazon Japan until I had a good look around for it. This phone stand is probably my favourite thing from this haul as it’s really changed how I keep my phone on my desk. If I was to be on a FaceTime call with my mom, I’d try and lean my phone on the desk somewhere, and laid flat whenever it was charging whilst on a call with her. At least with the phone stand now I don’t have to do that anymore, all whilst it looks super cute in the Cinnamoroll shape! 😀 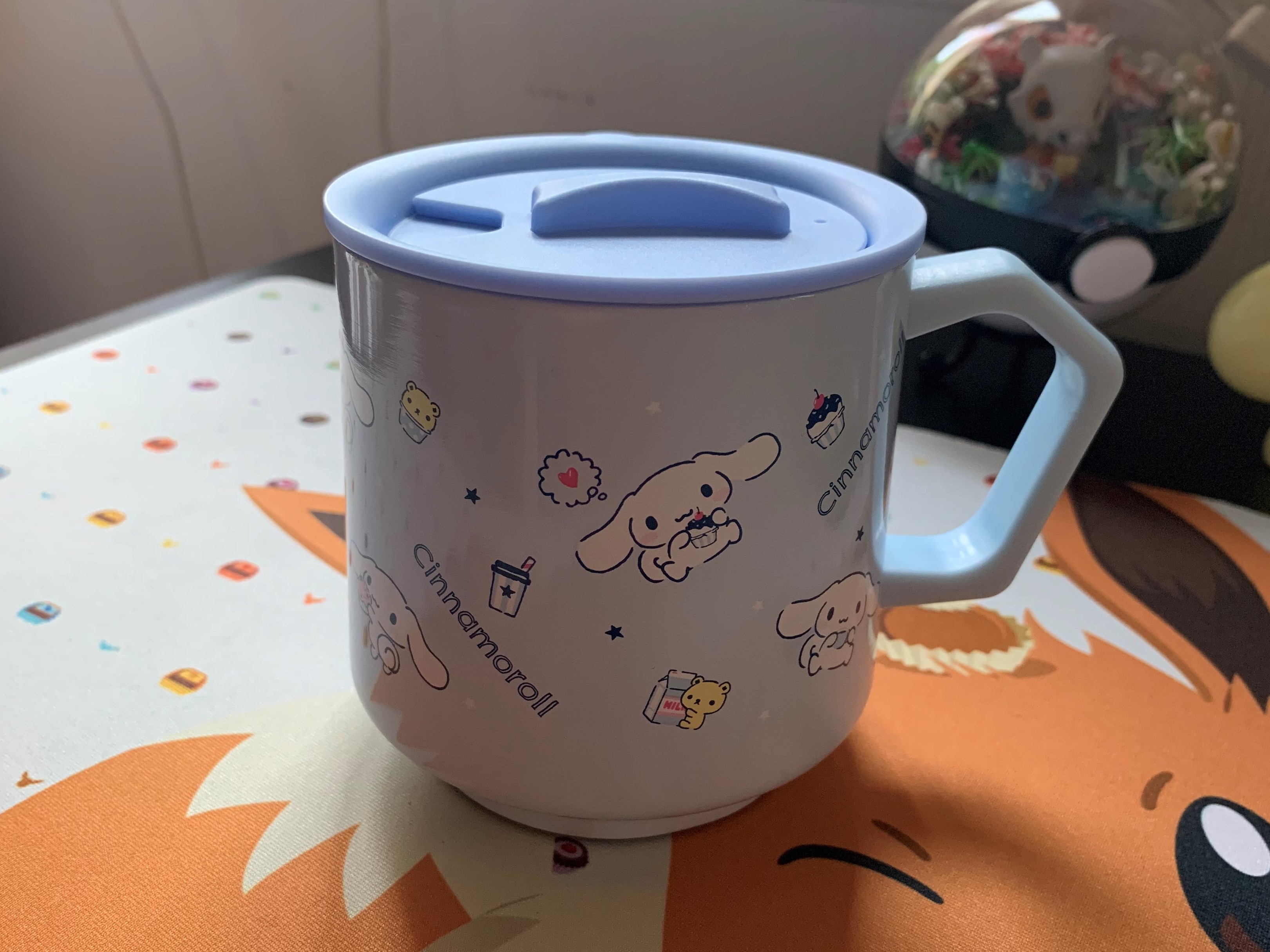 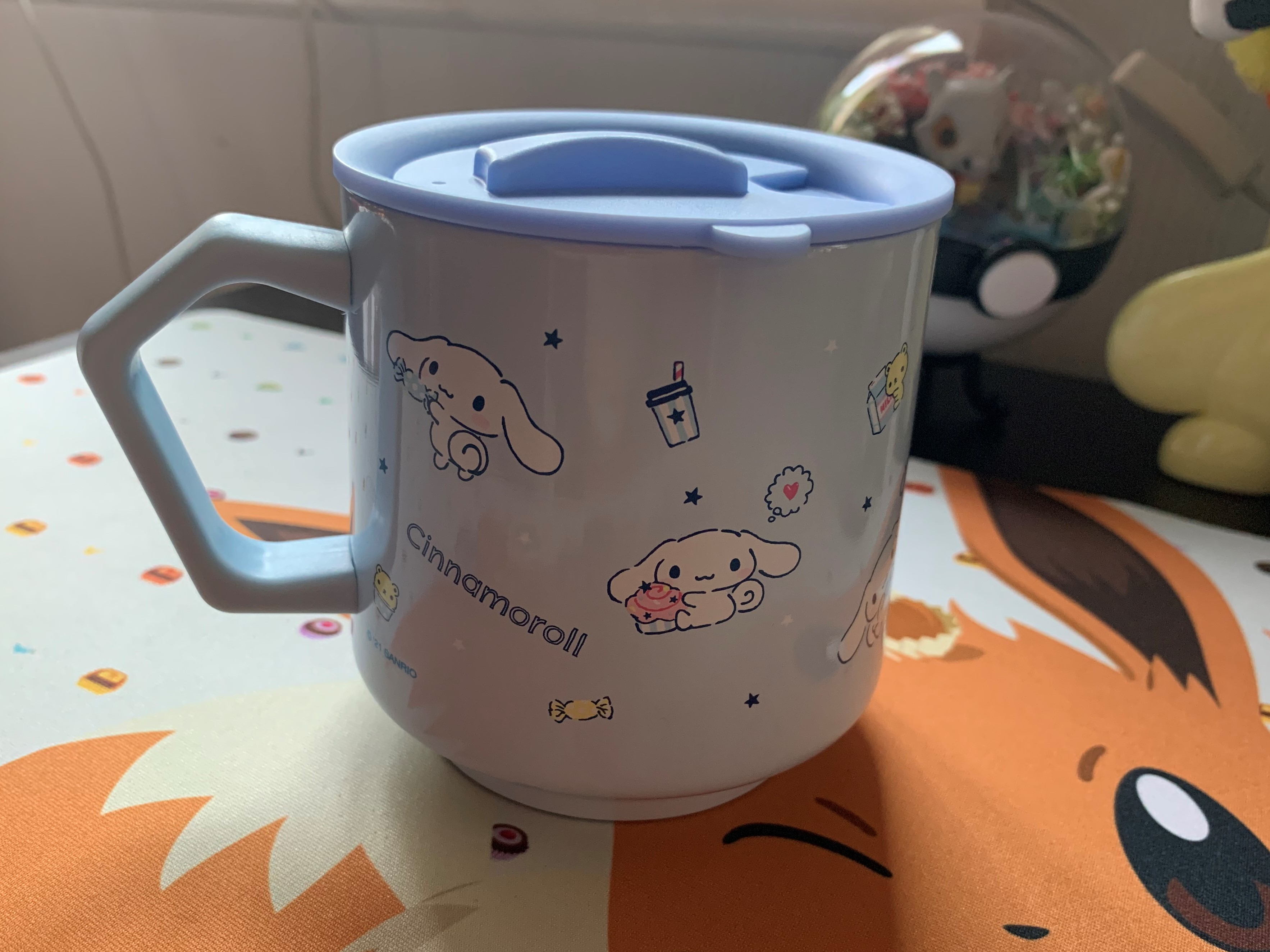 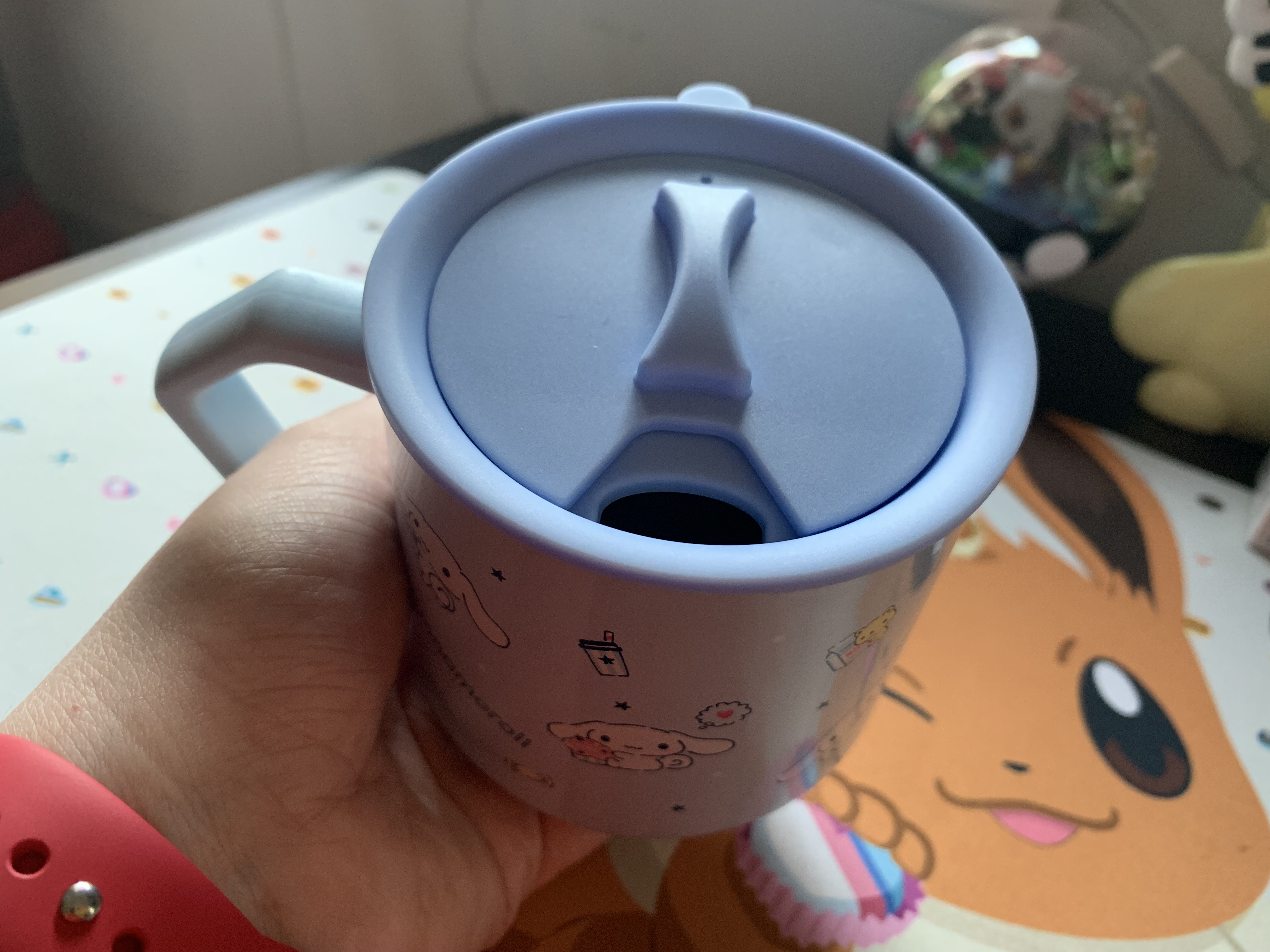 Finally we have a Cinnamoroll travel mug I bought, which I’d had my eye on for a while from a UK kawaii store. I only have one takeaway cup I use for work during the week but I wanted another so I wasn’t just constantly using the same one. This one has a handle as you can see, which is really good for if I fancy a mug to drink from when in the office instead of a hot drink flask. The one great thing about this too is how long it keeps your hot drinks hot for too, plus it’s cute. 😛

So there we have it guys, my haul from Amazon Japan!

Which item(s) did you like from what I ordered? Are there any items you’d like to get from Amazon Japan? Make sure to let me know in the comments!

Until next time guys, have a lovely rest of your weekend, stay cool and hydrated!