This is a post I’ve been meaning to get around to writing for agggges now! It was thanks to a chat with Amy over at Writing into the Ether that encouraged me to write this post sooner rather than later. She loves pins just as much as I do! I picked up all of these pins back before Christmas through Ohayou! Clothing‘s Kickstarter, as well as their store online.

As many of my readers will know I LOVE Persona 5, just as much as I do with Pokemon so when Ohayou! (who in turn are my favourite designer) brought out the first two Phanton Thieves designs, I was hooked. So, I thought I would talk about these amazing pins on my blog today, because why not?! 😀 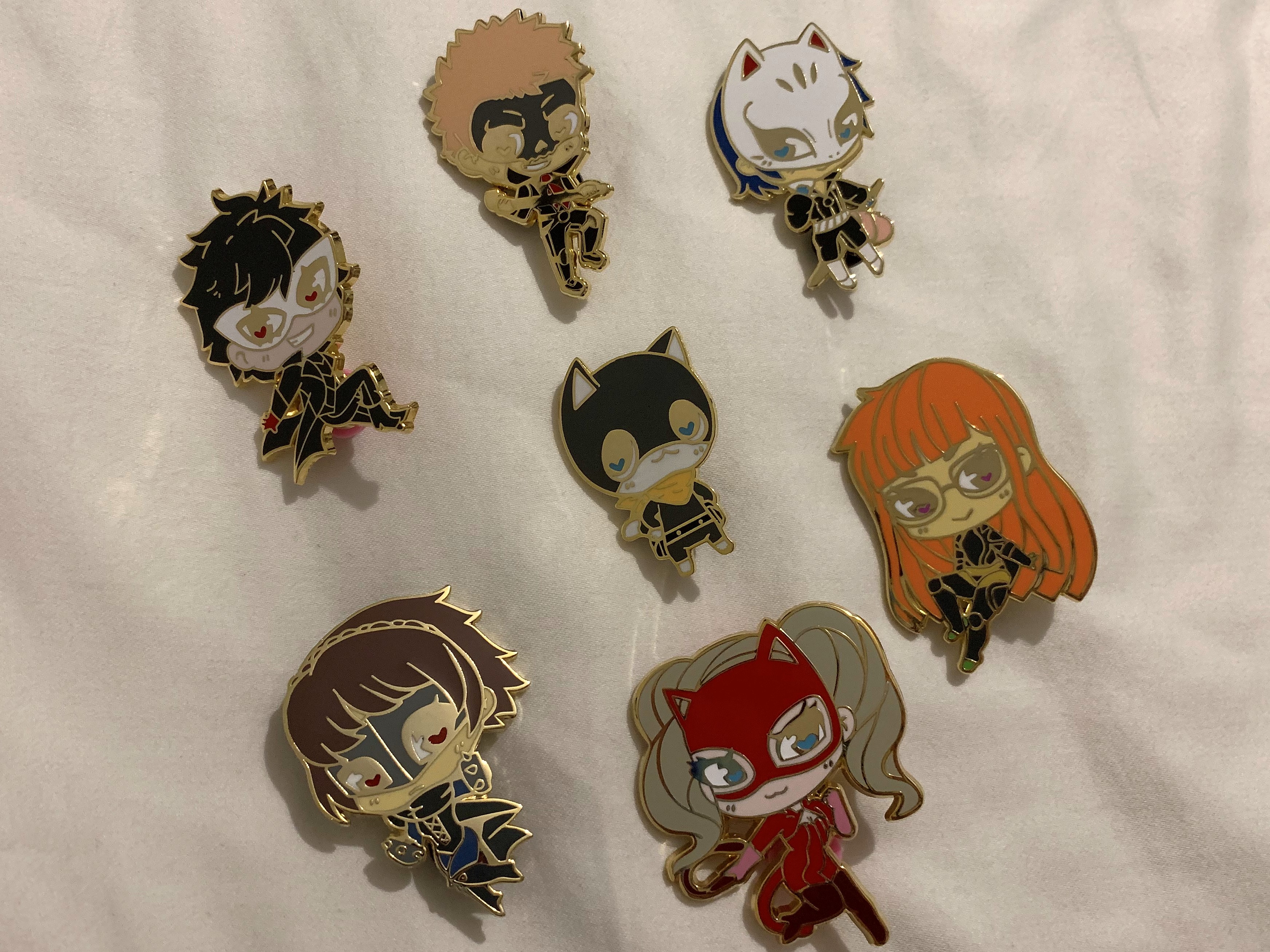 So far the collection has seven pins, which consist of Joker, Panther, Mona, Skull, Fox, Queen and Oracle.

There should really be nine, the missing two being Noir and Crow. I hope in the future that Ohayou! designs and releases these two eventually, as I’d love to own all of the Phantom Thieves, even the evil Crow! 😛

The pins themselves are all gold plated and come with two pins so you can feel a bit more secure when wearing these pins on bags, clothing, etc.

The first two designs that came out were Joker and Panther, which I bought the day they were released. I loved the designs but couldn’t stand the thought of wearing them in case they got lost, damaged or misplaced. So I decided to wait and see if Ohayou! would bring out anymore designs. Not long later she released her Kickstarter and slowly released the other five designs.

Eventually Ohayou! Clothing started posting out peoples Kickstarter awards and hence I received the rest of the Phantom Thieves pins!

I’ll be showing them all off on the photos down below. 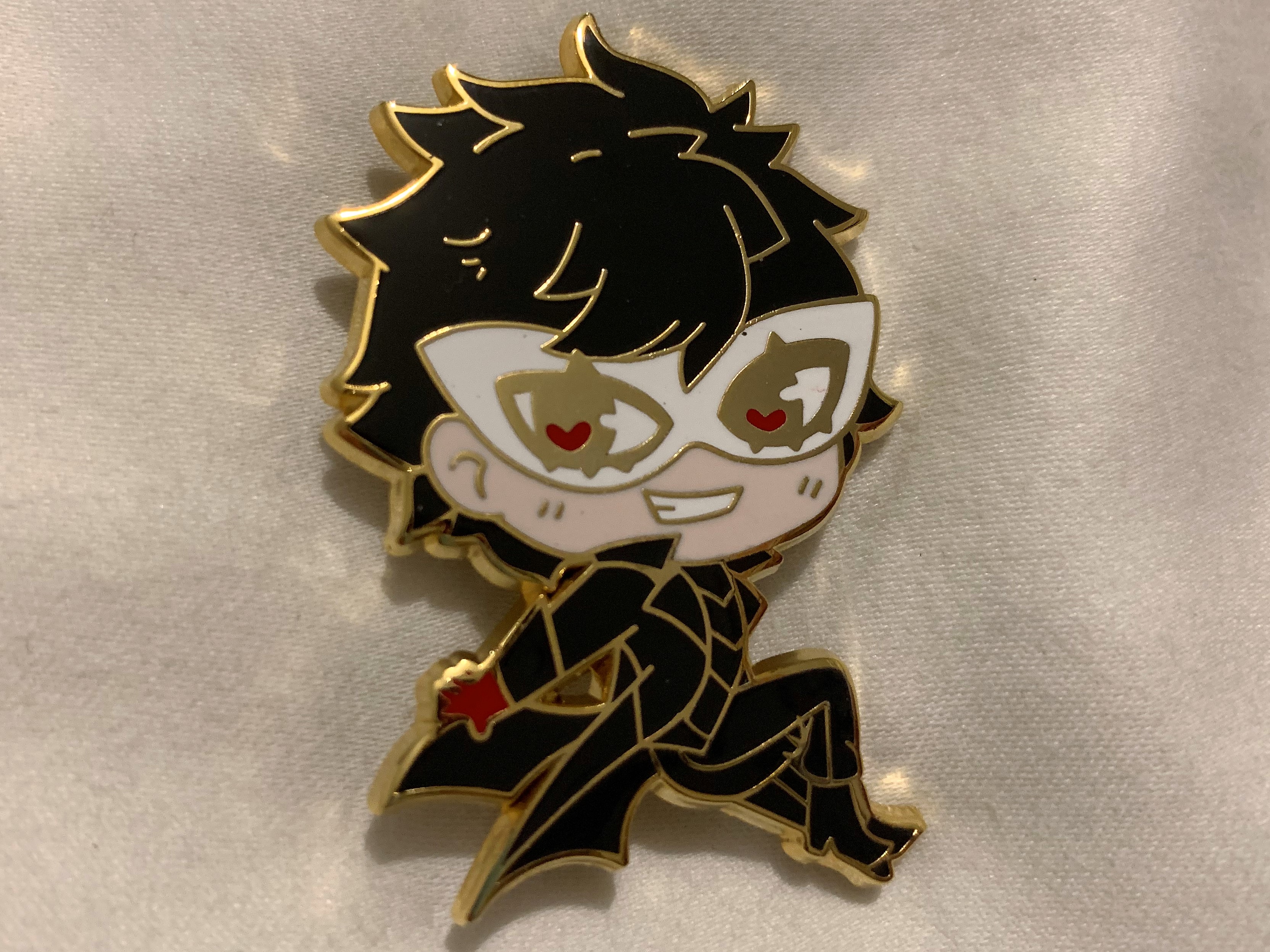 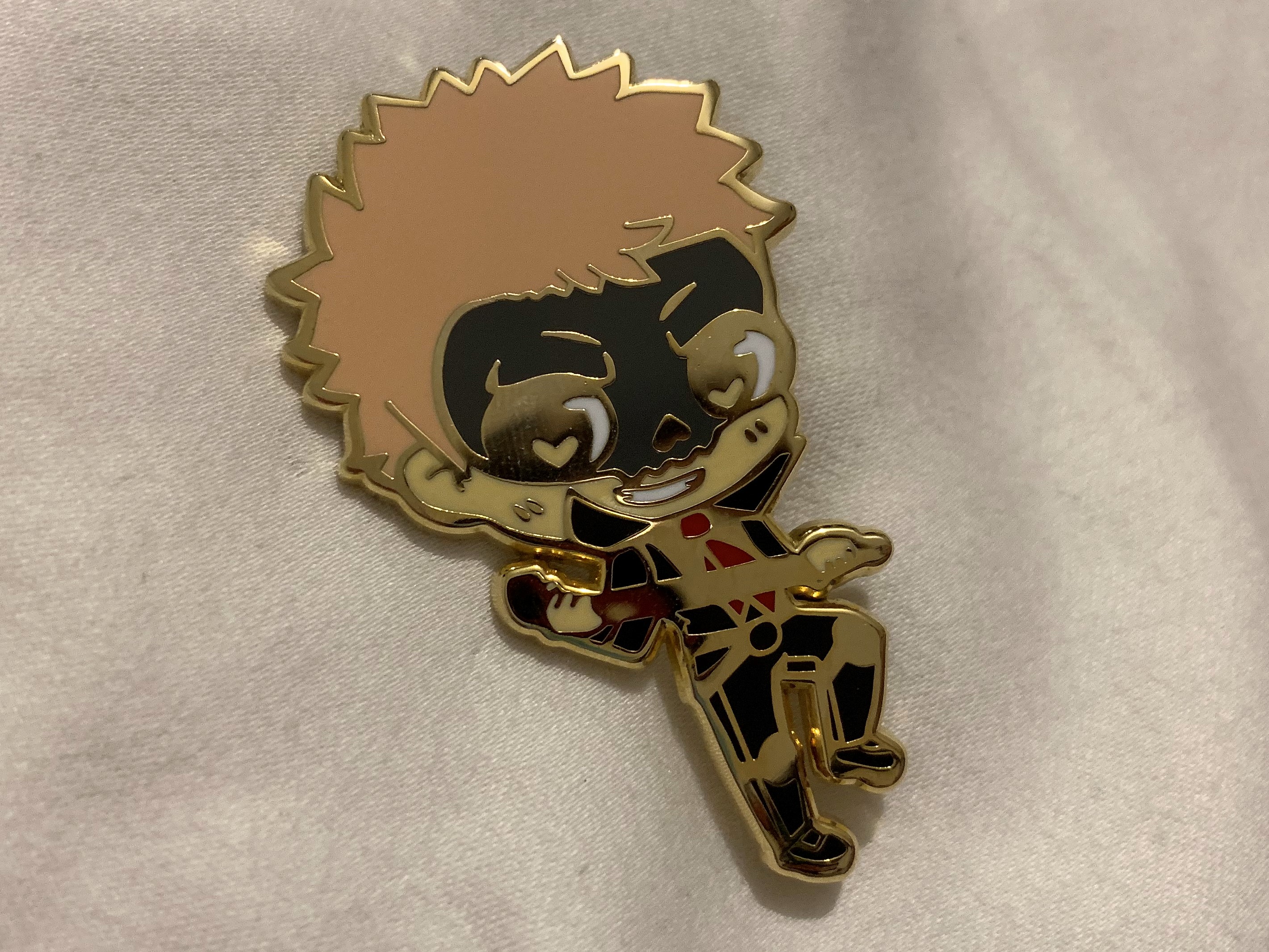 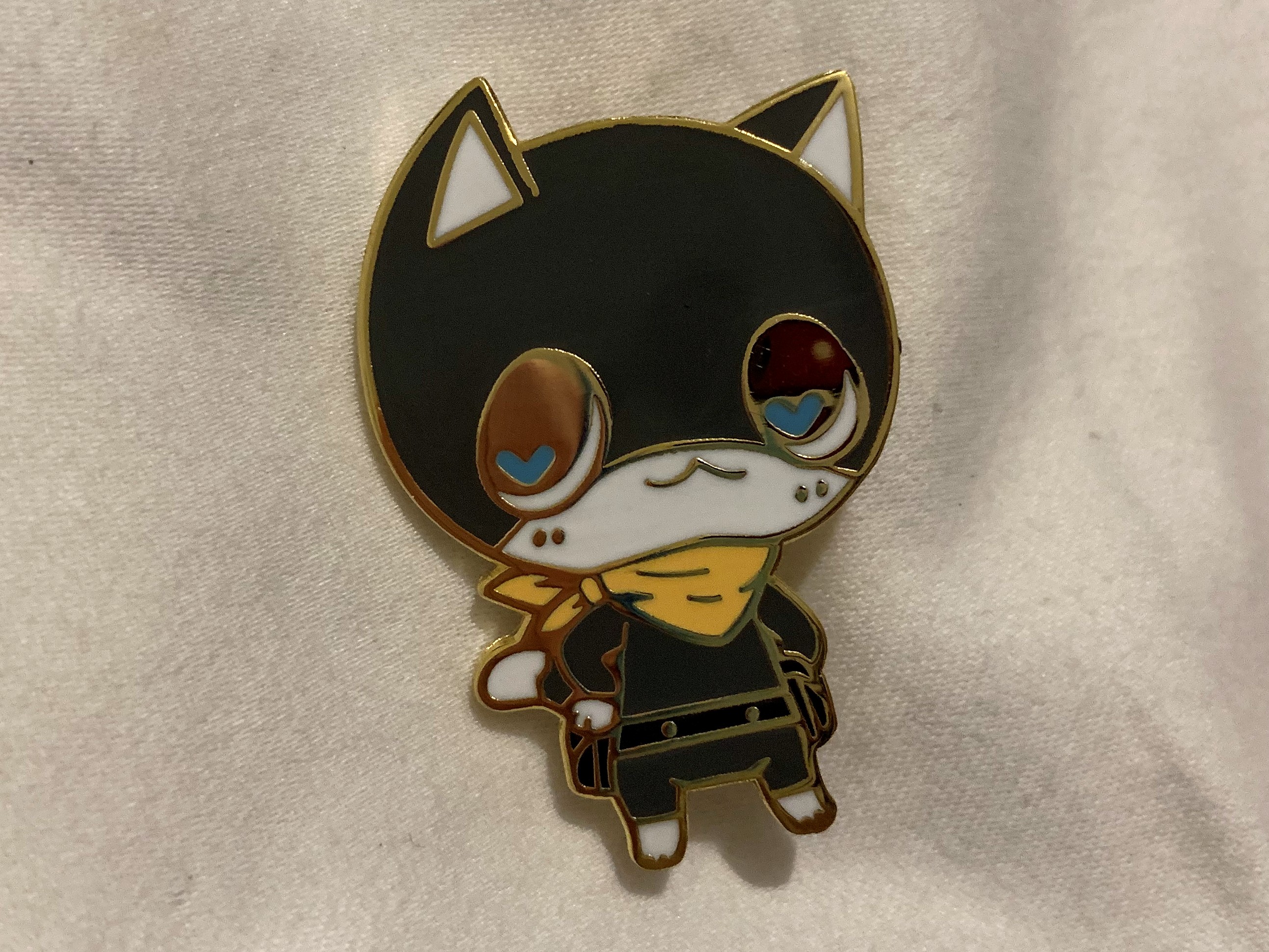 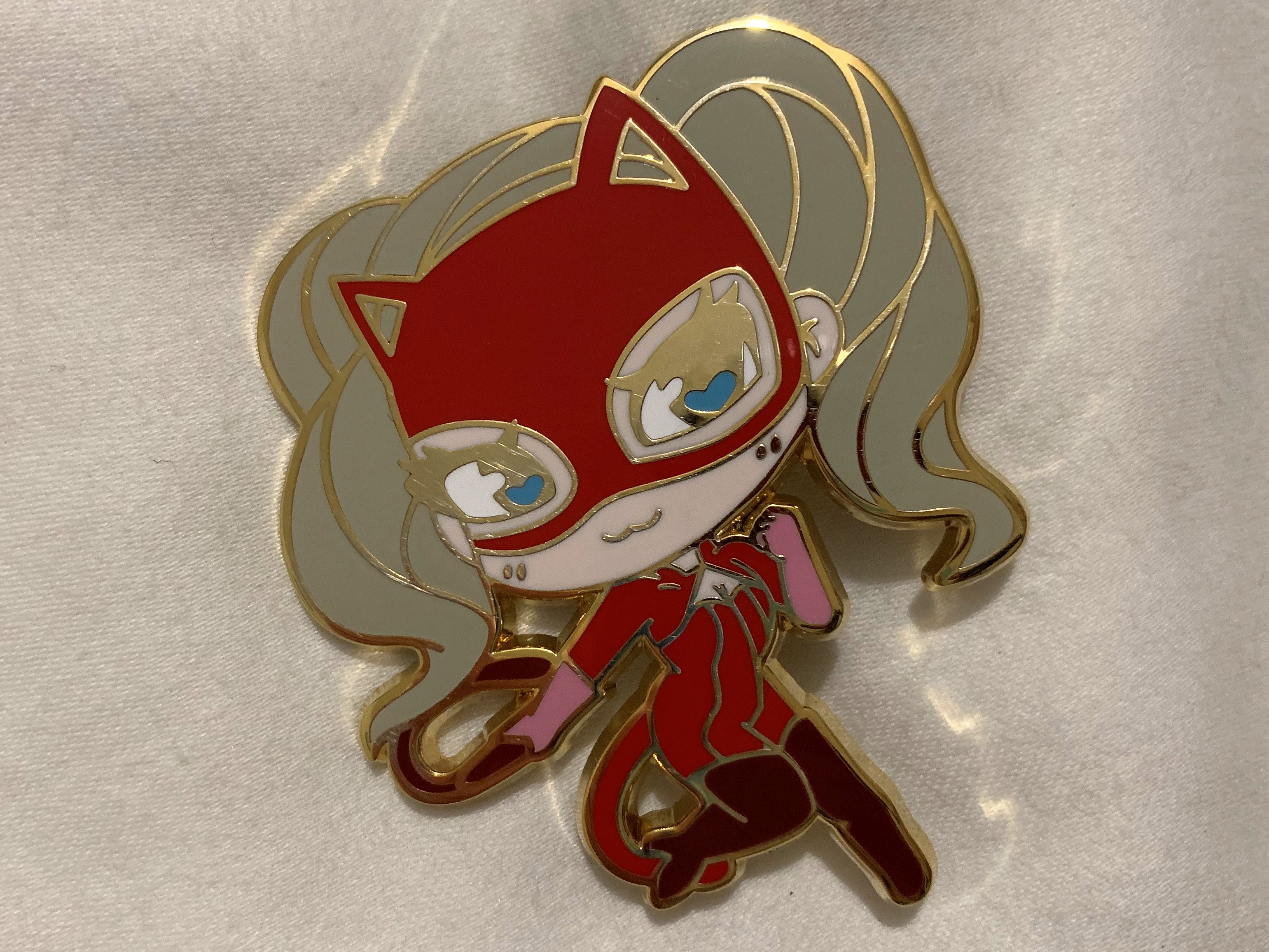 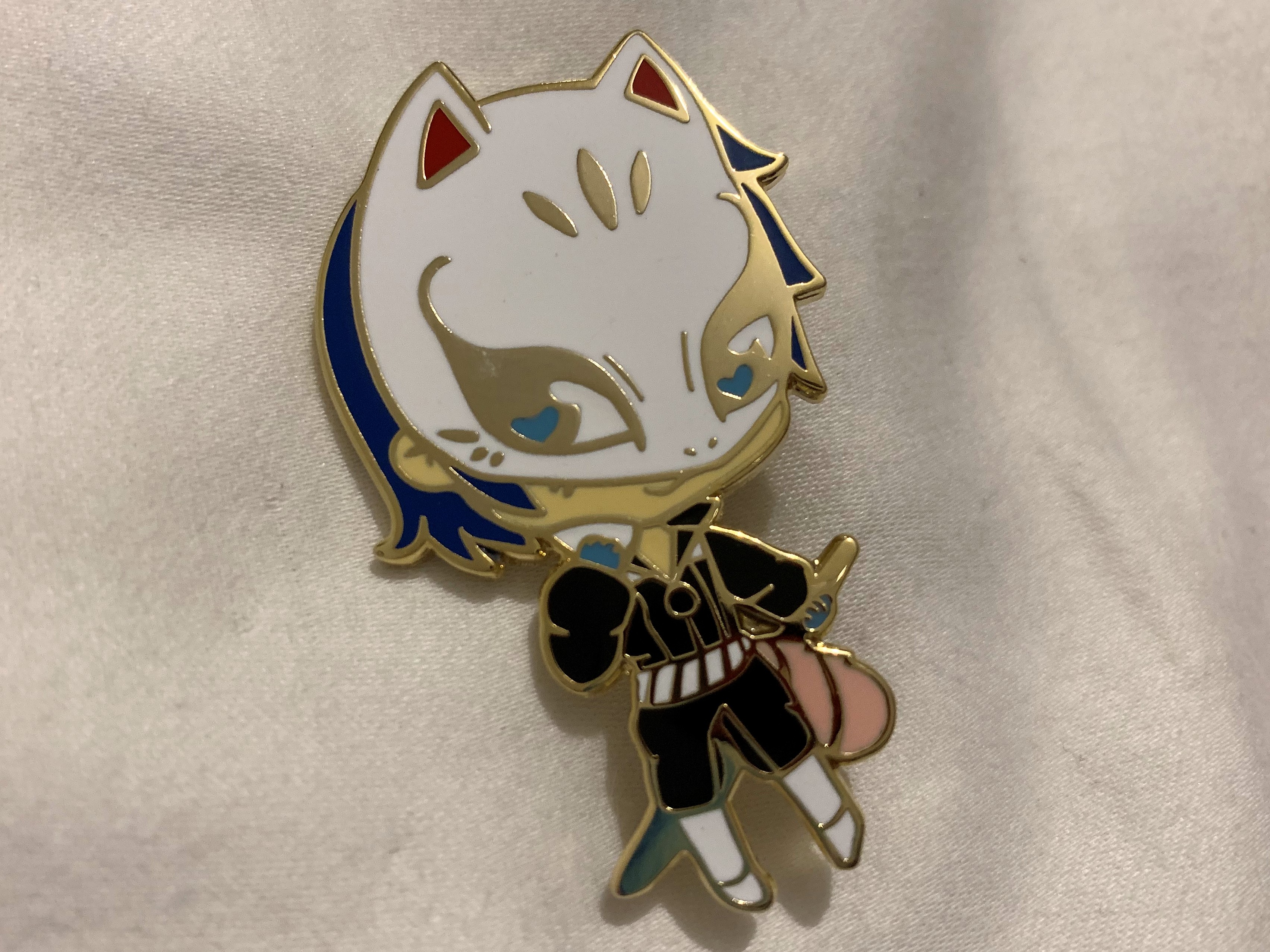 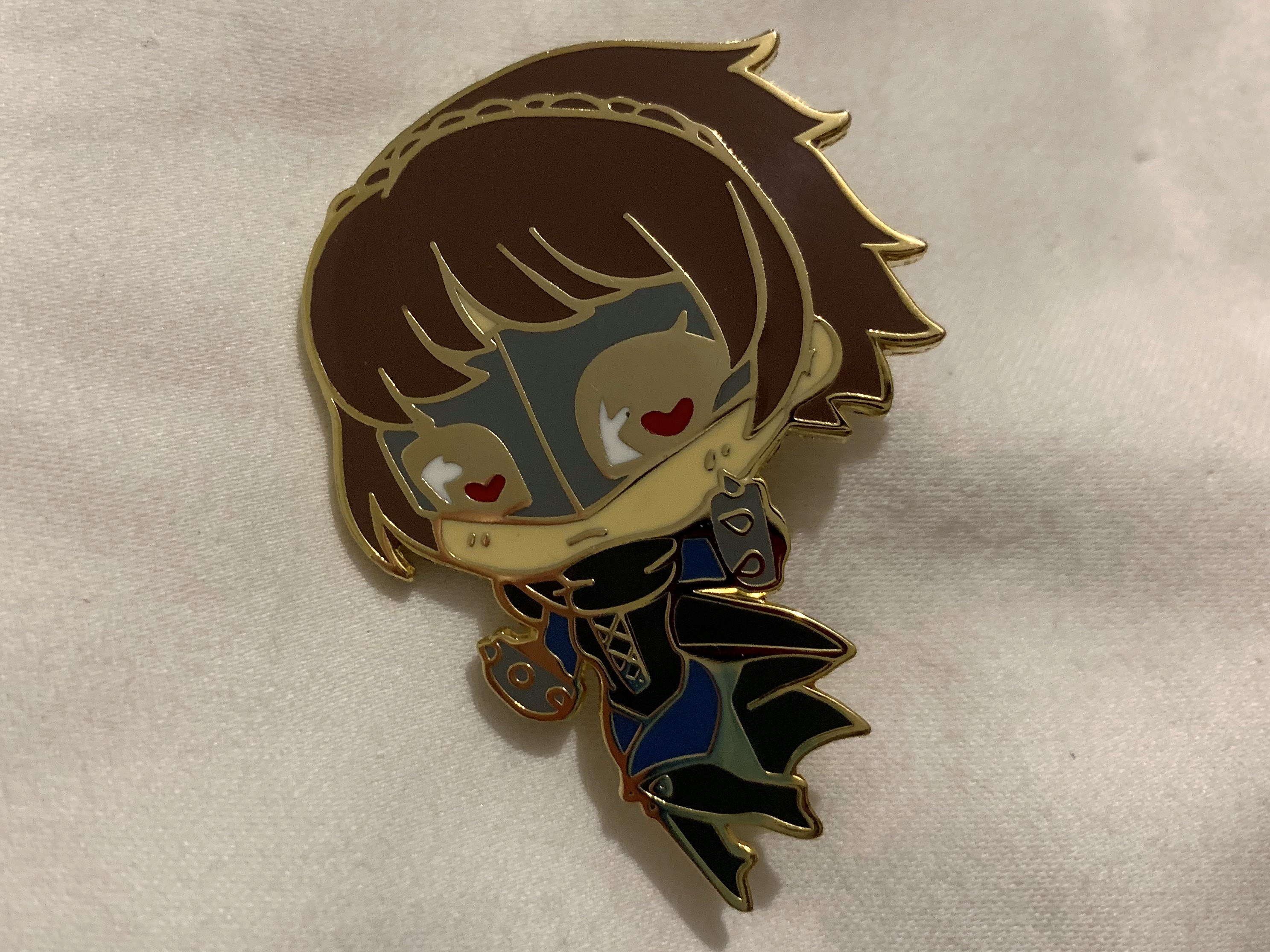 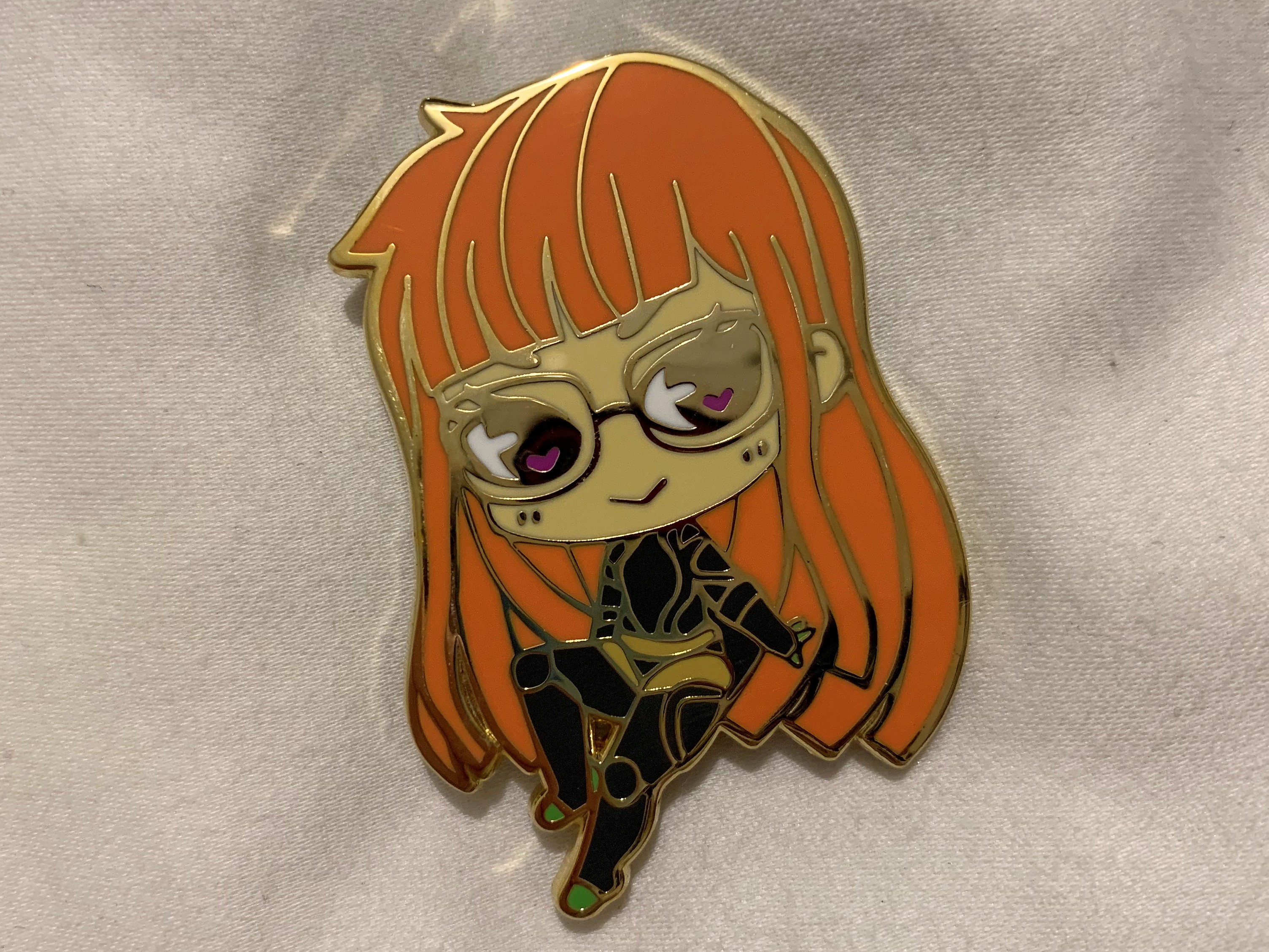 I don’t believe that there are many people out there making their own Persona 5 pins of the Phantom Thieves, or at least not ALL of them anyway! I have seen the odd Joker and Panther pins flying around but other than that it’s mostly just masks.

I just love the chibi design that Ohayou! Clothing has done with the Phantom Thieves, as well as adding cute little poses with them all too! I especially love that their eyes have hearts in, with each having their eye colours.

If I had to pick a favourite out of the bunch I really love Fox with his side smile, as well as Skull with his grin. They’re all gorgeous though in their own way. The design is just perfect for all of them! As a Persona 5 fan I couldn’t have asked for a better bunch of pins.

Not only can you buy these pins in their standard versions for £8.99 but you can also pick up the slightly imperfect versions for £7.99. This means they might have a slight discoloration, scuff etc. I’ve purchased both from Ohayou! Clothing in the past and both have been just as good as the other.

In the future I hope we get the two missing Phantom Thieves, who are Noir and Crow.

Do you love Persona 5 and pins just as much as I do? Make sure to go and check out her designs over on the store, the link is here for you! 🙂

If you love cute pin badge designs, make sure to go and check out Ohayou! Clothing’s other pin badges over on their store! They’re my favourite out there.

What are some of your favourite pin badges you own, as well as designers? Make sure to let me know in the comments down below!

Until next time, take care all and I hope you’re having a lovely week so far. 🙂