Can you believe it’s already February? I can’t to be honest. I’ve been quite excited though for a new month. January wasn’t exactly great for me (as I mentioned in my January favourites here) for various reasons so a new month and a fresh start has been very much needed. I’ve always been an autumn girl but not going to lie, I’m really excited for spring for lighter nights, new baby animals being born and the excitement of Easter chocolate and roasts… Just a shame that’s a couple of months off yet. 😛

I’m back with another monthly post and of course this is my wish list. If there is one thing I’ve said to myself for 2022, it’s to be better with money, which I really was in January! I didn’t spend much and due to that I came out in February with some decent savings and more. That being said, January payday couldn’t have come quickly enough! Six weeks was long!

I want to state here that this months wish list was a tough one for me as two of the items listed are either ordered or pre-ordered months ago. I felt like I couldn’t come up with any items to add to the list, which is a rarity for me. That being said, all items listed are amazing (to me anyway) and I can’t wait to share them with you! 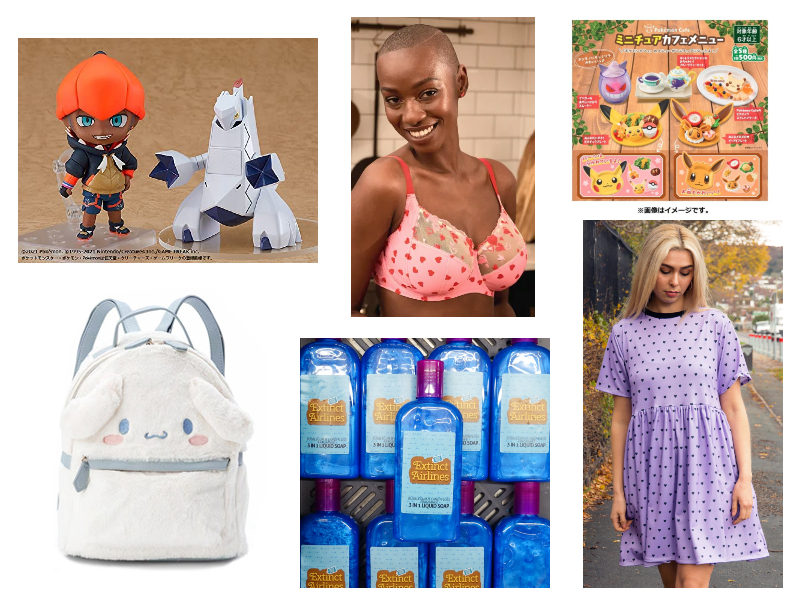 This is a pre order I’ve had for a while now (since May 2021, holy shit!) and I’m really excited for it to arrive. As regular readers will know, I collect Nendoroid’s and around ordering Raihan I decided that I finally needed to complete my Pokemon Nendoroid collection, once and for all! This being said I’m still missing three (Cynthia, N and Champion Red) which are some of the hardest to buy unless you’ve won the lottery. Raihan isn’t exactly a character I adore but he’s pretty cool nonetheless so I needed him for my collection. He’s due out in February so I’m looking forward to him arriving. I’m sure I’ll talk a little more about him in one of my monthly posts.

I don’t know what’s happened but I appear to have run out of shower gel! We have the dregs of a bottle of Lush Snow Fairy, as well as a huge bottle of Australia Body Care tea tree body wash. I really want to try more brands for my shower gels and with Geeky Clean being an independent geeky beauty company I’ve tried and loved before, I’m definitely going to treat myself to a bottle of their 3 in 1 soap. This sounds like it’s going to smell like their Bard scent, which is a dupe of Snow Fairy, so hopefully all year round we should have the sickly sweet scent in our bathroom! Not going to lie though, I feel the £6.00 to be quite steep, but I’ll give it a go and if it’s not good/not worth the money I just won’t buy it again!

This is actually an item I bought on payday a week ago and I have zero regrets! I’ve been eyeing it up for a while now and with how shit January was and a decent discount code to boot, I decided to treat myself! Tallulah’s Threads is a brand I’ve heard of for years now but was never keen previously as smock dresses never used to be my thing. Also, the dresses aren’t exactly cheap and younger me didn’t have much money to spend, unfortunately. I was never keen on the smock style of dress when I was younger as in my mind, (pretty sure everyone thinks this?) it always makes you look bigger than you are due to them being oversized. Back in the day I would have hated that idea, but now I don’t mind a smock dress hiding my body a bit. Plus, I think they’re fucking cute! I own two smock dresses (Disturbia and Fearless Illustration) and I adore them! They’re comfy, perfect for lounging around or hanging out with friends and with a belt around the middle they can be synched in! I also fell in love with the colour and pattern on this dress. It reminds me of spring and if there’s one thing I really want to do, it’s dress cuter! I’m already planning how I can style up this dress and I’m so excited for it!

If there’s one thing I am in desperate need of, it’s a new bra. Since Covid I’ve been mostly living in bralettes, which are super comfy and support a little, but the time has come where I need to wear a normal bra at least three days of the week and currently, I only have one… Well two if you take note that I have the same bra twice, because I fell in love and bought a back up… Anyone else own back up bras of their favourites? Anyhoo, when I spotted that Bravissimo were bringing out a Valentine’s Day/heart collection I FELL in love! I’m definitely going to take myself to Bravissimo very soon to try this cutie on and purchase, unless I purchase it online and hope for the best. Either way I need it. I really want the pyjamas that Bravissimo has brought out too, but I don’t need anymore so I’ll be giving those a miss. I keep wanting to order this online, but at the moment I may just hold off until me and Dane take a trip where there’s a Bravissimo store. That being said, I don’t want to wait too long in case I do miss out on it. I’ve done this before with previous bra styles and been gutted afterwards.

This is something I saw on Instagram last weekend and I’ve fallen in love with the gacha set that resembles the Pokemon Cafe items you can eat and drink! As regular readers will know, in January 2020 me and Dane went to Japan for a two week holiday and of course we ventured to the Pokemon Cafe (which you can read about here). Two of the gacha items in this set we actually drank/ate which has just taken me back to when we visited the Pokemon Cafe. I’d love to own all of these to keep with the gacha we obtained whilst we were in Japan. I need to try and source them all, which is proving a little tricky. 😦

First of all, I have a feeling this backpack isn’t a real Sanrio item… I’m wary of this. However, it’s so damn cute and I’d love to get it! In 2020-2021 I discovered fluffy backpacks (Loungefly Meeko and Loungefly PomPomPurin) and I adore them so much. They’re so comfortable to wear, look and feel lovely and just fit with the kawaii aesthetic I hope to achieve in the future. I know that Loungefly have a Cinnamoroll backpack as well which I didn’t like the look of when it first came out. Since then it’s really grown on me and before Christmas I could have snagged it for a BARGAIN on Vinted, but left it… I’m not gutted though, as I genuinely love this fluffy one more. I’ve found this backpack on Amazon recently for a decent price and went to order, BUT as I’m trying to be better with money I left it for a rainy day. Maybe if I have a shit day or two towards February payday, I could get it then? 😛

So there we have it guys, my monthly wish list for February!

What items do you guys have on your wish lists this month? Make sure to let me know in the comments below.

Until next time guys, take care and have an amazing weekend! 😀