It’s safe to say that May was weird and really shitty… For me at least anyway!

As many of you may or may not have noticed, I was quiet on my blog this past month and the reason for that being that I just didn’t feel up to writing any content… Which makes me feel incredibly sad. I wanted to write, but I just didn’t have the mental energy to. Most evenings after work I found myself crawling into bed (yes, even during the hotter days) with my laptop and Switch Lite and did nothing constructive. I binged TV shows, played Animal Crossing and that was about it. 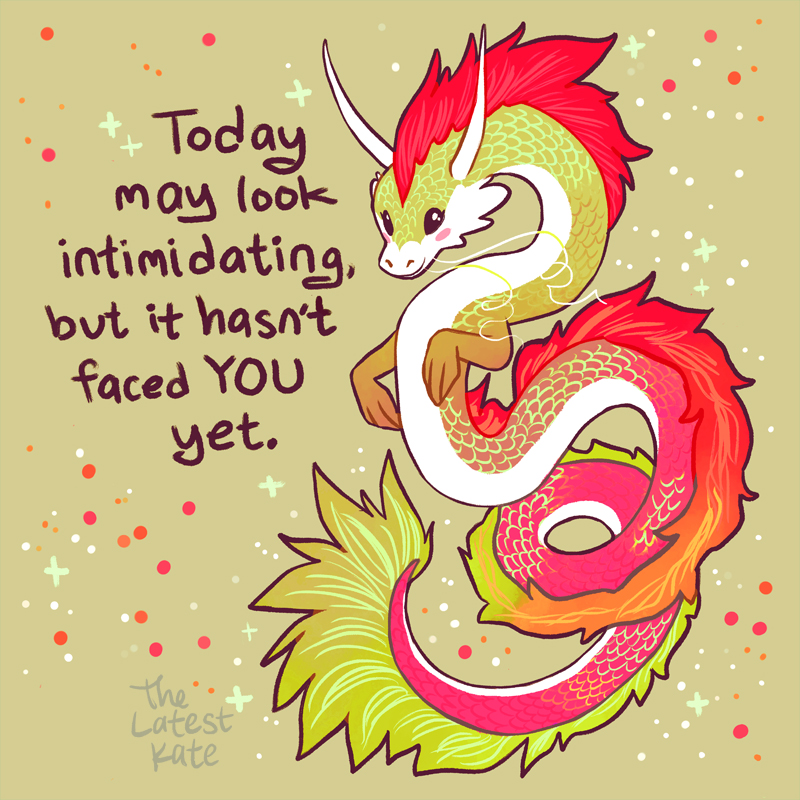 I’m not meaning to start off this months favourites with a sop story but I just want to be honest as to why my blog was so quiet this month. I’m hoping that June will be better and I can continue to bring you all the geeky, kawaii content that I know you all love!

Aside from May being rubbish, May was also a month that seemed to fly by and I discovered some new things, as well as remembering and enjoying some old. 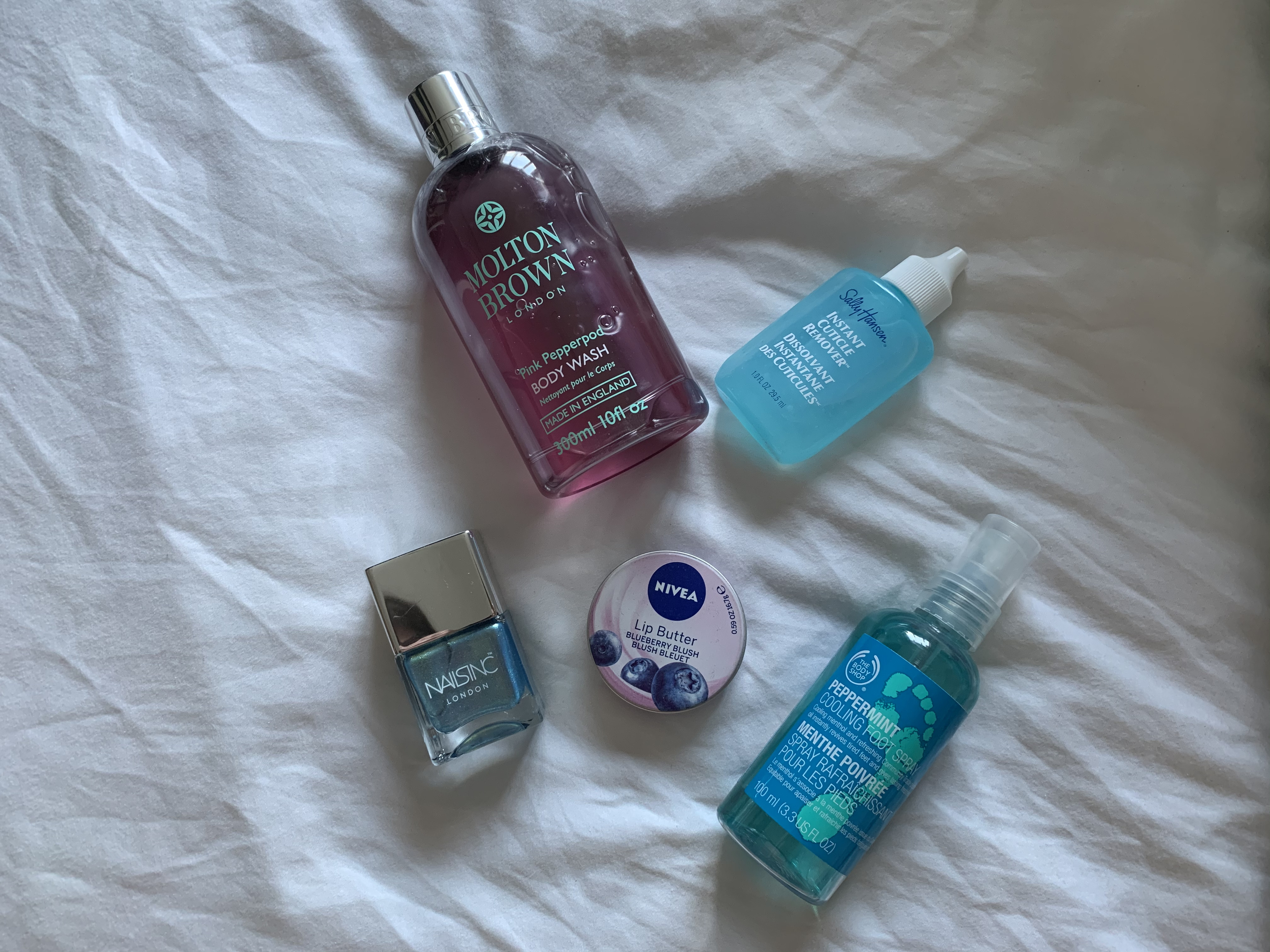 I recently discovered that I had a bottle of this in my bathroom cupboard and was delighted! In May we had some water damage from our bathroom to the kitchen and I was and still am gutted. So, this has been lovely to rediscover and use every other day in the shower. The scent left behind on the skin is strong and lingers around for ages after you get out of the shower, which I don’t often get after I’ve had a shower. I know Molton Brown isn’t cheap, so I don’t know when I’ll ever buy a bottle of their bath & shower gel again. I think I might treat myself in the future, but it’ll depend. I highly recommend though if you love your showers and want a real treat!

I have been blown away by this nail polish the last couple of weeks of May! It has lasted over a week without chipping and I am so pleased. I really miss having my nails painted with gel and I honestly can’t wait for my nail tech to be open again so I can go and get pampered. Whilst I wait for my nail tech to open her salon, I’ve been painting my nails again, which honestly I have somewhat missed. As I write this post I’m still wearing this gorgeous blue/green shade is still intact and I love it so much. It’s the perfect shade for summer due to the mermaid effect and whilst I’m not getting comments on it due to isolation, I know when I’ve worn this in the past, people have always commented. This was part of a duo set, which I have a feeling Nails Inc don’t sell anymore. 😦

This is another product I recently rediscovered as I needed another lip balm. I used to use this one loads during a period when the corners of my mouth were prone to infections (I know that’s gross, but it’s true!), and for some reason I discontinued use. I think this was down to Vaseline working better at the time alongside the steroid cream I was given. However, it’s back out and being used daily and it is amazing! First of all, I love blueberry scented (and flavoured) things and this smells so fruity and yummy. This really is a lip butter, it’s thick and a little goes a long way. It feels really nice on the lips when applied and like it’s actually moisturising. I especially love to use this before bed, so I can wake up with soft lips in the morning. Although it’s pink in the tin, it doesn’t tint or change the colour of your lips, which is great too. I definitely recommend this.

As I mentioned previously above, due to COVID I’m not able to go and get my nails done by my nail tech, so I’m doing them myself at home. I decided to buy myself a cuticle remover from Amazon so I could do my nails properly. I hadn’t touched my cuticles over a month and they were pretty bad. I couldn’t wait for this remover to arrive, as well as the cuticle remover tools I’d ordered too. This works amazing and it only takes 15 seconds for it to work it’s magic as well. A little goes a long way and it doesn’t hurt or sting when applied. I even did Dane’s nails with it too to see what it could do. The results were amazing. I use this once a week when I paint my nails, I don’t know if that’s too much or not, but it’s what I’m doing. 🙂

With us in the UK being graced with warm weather at the moment, both me and Dane have been using this cooling foot spray at the moment. It’s so refreshing to use throughout the day whilst we’re at home, especially when you’re feeling really warm! They always say if you’re feeling either hot or cold, you need to cool/warm your feet up for your whole body to cool/warm up. This definitely applies to me, so when I’ve been really warm in the day, I’ve sprayed some of this on both the tops and bottoms of my feet, let it dry and then gone about my day. It’s so quick drying and due to the size of the bottle it’s handy to take out and about with you if need be. I always forget how much I love this foot spray!

I’ve been binge watching a lot of shows this month, especially as I needed to cheer myself up after a few crappy things happening. I haven’t binged Jackass for a while now, so I decided now was a good time to do so. So far I’ve only watched season 1 and 2 of the show but I always forget how much I love it, certain scenes and how much I miss Ryan Dunn (who died almost 10 years ago). The guys are currently working on Jackass 4, which I am so excited for. I am wondering what will happen however, as this will be the first film without Ryan Dunn. Nonetheless, I am still really excited and will continue to binge watch the rest of the show, as well as the movies.

This is a film that Dane popped on one evening for us to watch and I ended up finishing watching it on my own (as he had things to do). This film is amazing and I loved every moment of it. It’s directed by Angelina Jolie and is all about an American man fighting in the Second World War. He is captured by the Japanese and sent off to various prisoner of war camps. It’s all based on a true story and it’s a really emotional watch. It’s on Netflix and I can’t recommend it enough to watch. I might watch it again soon in the future, as I loved it that much.

Yes. I actually read a book! Well, part of a book anyway. I read and I haven’t done that for months… If not years at this point. This book was actually kindly bought for me from Estelle (go check out her blog over at Estellosaurus!) after sharing my Amazon wish list (which I’ll link here). I was so happy when it arrived as I have wanted this book for years! I actually bought it from Amazon before Christmas but it got lost in the post so I had to get a refund. I even tweeted Chris Nieratko telling him I’d ordered the book and he replied! Told me it’s probably going to be shit so to be prepared. So far, I love it and it was a mixture of what I did and didn’t expect it to be. I highly recommend reading if you’re a fan of Jackass, as well as have a dark sense of humour and open to anything.

Favourite Songs – Bush – “The Sound of Winter” and Institute – “When Animals Attack”.

I’ve been binge listening to Radio Bam since lock down began over two months ago and I’ve now finished it. Two of the songs I discovered years ago through the episodes and now love are my two favourite songs this month. They’re both bands fronted by Gavin Rossdale by the way. Out of the two I love “The Sound of Winter” the most as it has such a great sound behind it. These are just songs I’ve found myself listening to almost everyday whilst working and doing things in my own time (such as writing and playing Animal Crossing). Go and give them a listen if you like rock music and haven’t heard them before. 😀

Is it really odd for Animal Crossing to be here again this month? I’ve not played anything else in all honesty and I think it’s obvious why. This game is going to be on my monthly favourites for quite some time now due to how excited I still am to play it. For the whole of June there will be a new event coming called Wedding Season Event, which I am really excited for! We haven’t yet seen Reese and Cyrus yet in New Horizons so I’m excited to see them both soon! It is getting to a point at the moment with Animal Crossing where I would like some more events to come, as well as the introduction to some old and very loved characters. I’m really missing The Roost and Brewster right now, so I hope we hear about it from Nintendo soon. 🙂

So there are all my favourites from May! I can’t believe we’re already in June. June is always a momentous month for me. It’s the month we got the keys to our house, but most of all it’s mine and Dane’s anniversary. We’ve been in our house for 4 years and together for 7 years. All that time has really flew by and I can’t quite believe it to be honest with you. I’m also excited for June to come along as May was shit. June will hopefully be the month we get things done and sorted… Which I may talk about more in the future. 😀

So, what were your favourites from May? Are you going to check out any of the things I mentioned in mine? Let me know in the comments! 😀

Until next time, take care and stay safe. 🙂