How are we now in October? My favourite month whizzed by so damn quickly and I didn’t get much chance to see or enjoy it. I did really love September though, it was a month of going out and doing things, as well as staying in and spending time with Dane, which I’ve really loved.

September was also a bit meh and I received some crappy news, including the Japanese language course I enrolled to being cancelled last minute (I got my money back FYI), I found out I can’t get anything to help with my anxiety on flights and I found out I have the first potential signs of cavities in my teeth. People who know me know how much I love my teeth. I’m using some special toothpaste now that may help to reverse this and I really hope it does.

I’m glad we’re in October now as I’m excited for so many things this month! Halloween, the Pokemon Center having a pop up shop in London, a week off with Dane and even some days off to relax. It’ll be a lovely month to chill and start enjoying autumn.

Anyhoo, enough of me rambling, here are my favourites from September! 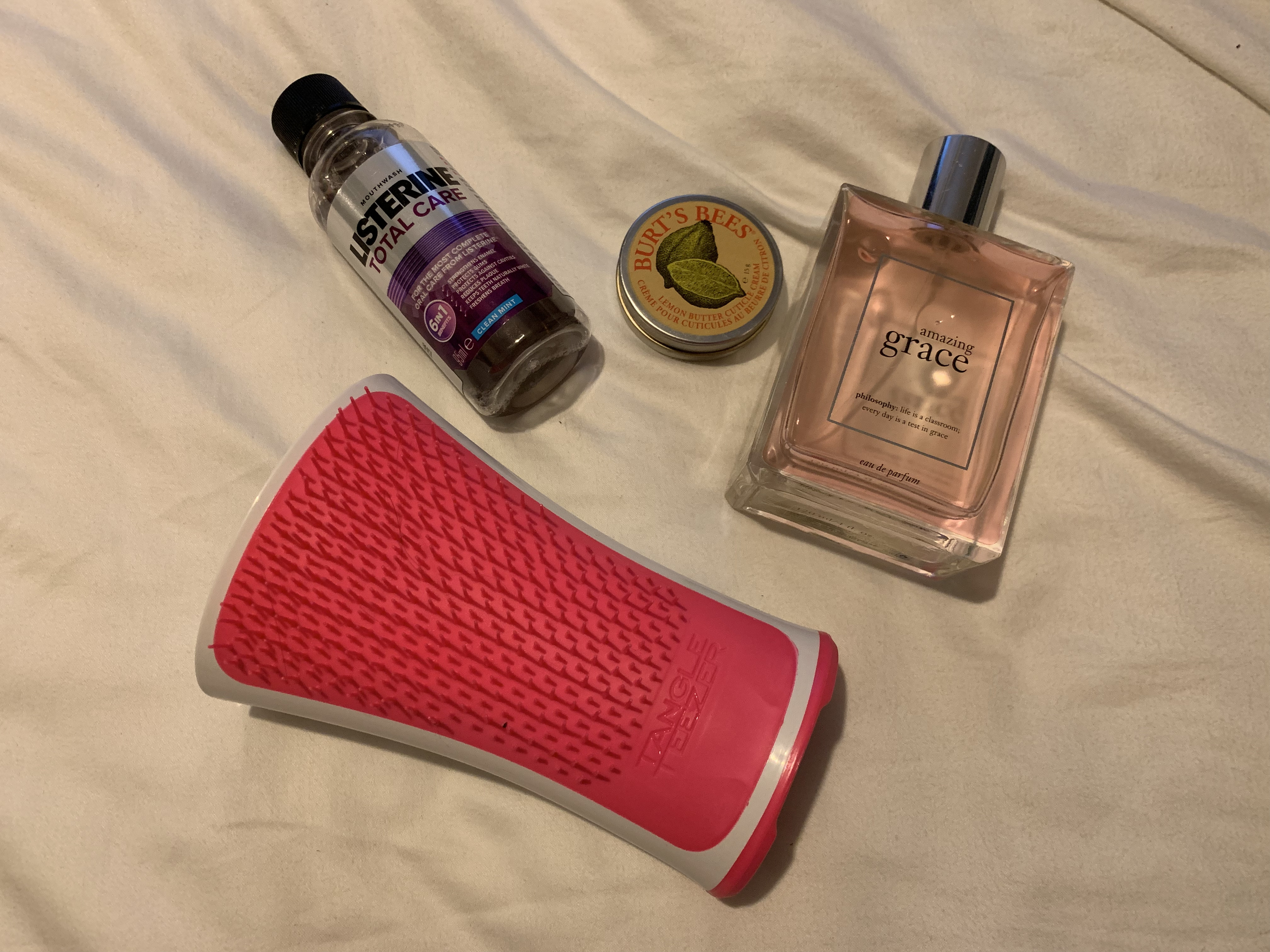 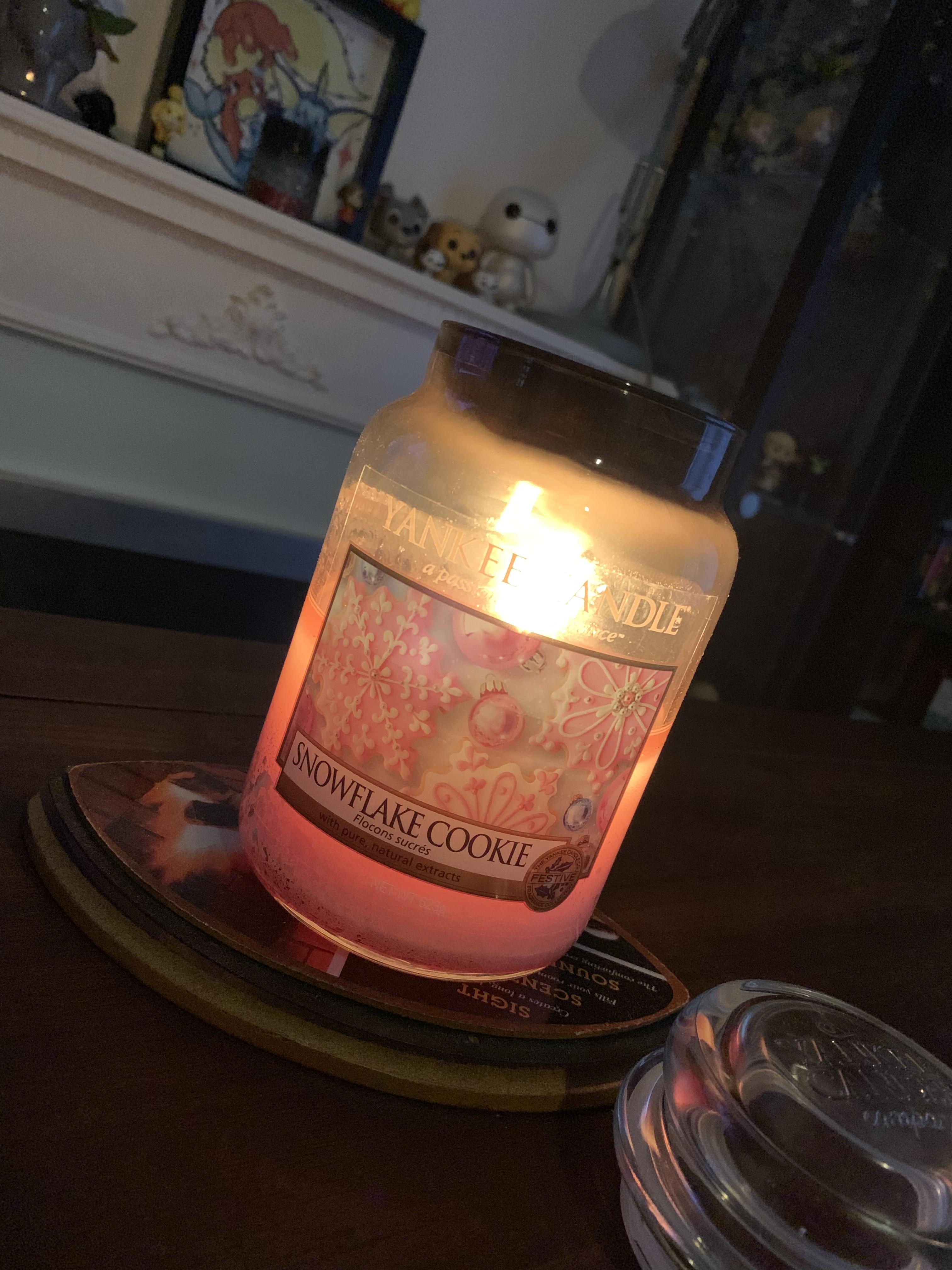 I love this EDT so much from Philosophy and I’ve owned it for what feels like forever! My mom gifted me this whilst I still lived at home as she received it in a set and didn’t want to use it herself. It’s a gorgeous soft scent and isn’t like anything else I own. I use this daily for work as it’s my go to right now, but once a week I’ll change it up for something else. It’s just perfect and the scent isn’t too strong either so if I don’t want anything heavy, this perfect.

Since my dentist breaking the news about my teeth that I mentioned earlier, I was recommended to mouthwash after meals, which I do after every meal right now. If I don’t, I used chewing gum instead. I bought some little miniature bottles so that I could carry these around, take to work and even think about taking on holiday in the future. I also have some Colgate mouthwash too, but I love the LISTERINE one more! I plan to pick up a big bottle of this in the future and I can fill up the little bottles. This mouthwash really does leave my mouth feeling clean and fresh, which I love! The Colgate one doesn’t do that.

I’ve owned this since the start of 2019, as I planned to use it loads to help my cuticles go lovely and soft. However, it was only from the start of September that I began to use it properly! When I cut my nails and paint them, I decide to use it all over my hands, as well as my cuticles to help my eczema. It’s been really bad lately with the change of weather but the cuticle cream really is helping. 🙂 It smells gorgeous too!

I picked this up towards the end of September and it’s by far one of the best things I have bought in 2019! I love the Tangle Teezer brushes and discovered them last year and since then I am so grateful that I finally gave them a go. I decided I wanted to give the wet version a go, but I wanted to try and pick up the old version as it looked good. Since buying this drying my hair after washing it has already become so much easier! When I brush my hair in the shower after washing, I feel like I’m brushing away loads of excess water, as well as smoothing is ready to be brushed and dried after. It really is a pleasure to use! I picked mine up from TK Maxx for £7.99, which I thought was a decent price.

This was a brand new candle at the start of September, one that Dane had bought me years before and that I have only just started to burn! I love burning candles, especially during the colder months so when September started, I knew I had to start getting my candles going again! I decided to start burning Snowflake Cookie as it was one of the few large Yankee Candle jars that just appealed to me. Christmas scents from Yankee Candle are my favourite, so I make sure to burn them all year around!

I binge watched this at the end of the month (mostly as I worked through my October newsletter, this post and even my October wish list post) and I LOVED it so much. I worried that this would make me think, “Oh God they’ve ruined it even more!” after how bad season 2 was. To be fair, nothing could top season 1… So when season 2 came out I wasn’t expecting much. It felt like they were constantly bashing Hannah and it was boring. However, season 3 has really brought it back and I loved it! I don’t want to talk too much about it in case of spoilers, but something has happened to Bryce and everyone is trying to find out what and how, all whilst trying to keep their shit together. It’s crazy! The show (as it does) covers a lot of serious topics that are good to be spoken about and it’s good. If you’re yet to watch season 3, then get to it! If you’ve never watched 13 Reasons Why then I recommend it, but be careful if you have mental health issues like I do. Season 1 was good, but some of the topics were upsetting, especially as suicide is a massive factor.

I know this was mentioned on my monthly favourites back in May but I have to mention it again 4 months later as this film is now out and I made sure to pre-order it ready for when it came out. The day it came out me and Dane played games instead of watching, but the day after I cooked us a yummy dinner and we sat down to watch the movie as we chilled out. It was just as good as I remember it being in the cinema and we even watched all the extras too, which were decent but sadly not as good as I feel they could have been. I don’t know about you guys, but I don’t feel that extras and behind the scenes stuff on DVD’s/Blu-rays are as good as they used to be…

Yeah I didn’t read throughout September. Which sucks to be fair. I read so much in August and then September came and I read sweet FA. I either didn’t have time due to busy, or I didn’t want to as I was playing games instead. I’m terrible for reading manga these days and due to that I do feel sad. I still have Elfen Lied to start reading again, as well as catching up with Miss Kobayashi’s Dragon Maid and Himouto! Umaru-chan. I know I’ll catch up with reading… I honestly will! I’d take manga to work but I like to play Animal Crossing: Pocket Camp and do blog work on my break.

I loved this album back in the day when it came out and I remember buying it from HMV as I had some gift vouchers I needed to use. I loved it and listened to it all the time… Even if my friends at the time hated it. I made some friends through this band, one of them who is now my best friend. One of the best live performances I’ve seen was MCR when they toured for this album. They played the set in the order of the album, it was amazing and I adored it. I’ve started using Spotify at work so I have my music on that I want to listen to, without annoying YouTube adverts coming up every 5 minutes. So I decided to add loads of my favourite albums, including this one. This album just has so many memories behind it and I love it.

I couldn’t just mention one of the other of these games this month. Both deserved a spot on here!

First of all, I LOVE the gif I chose to use for Borderlands 3 because these two characters (Zane and Amara) are the two that me and Dane play when we play together. The day the game came out, me and Dane both booked it off so we could play together and relax. It was awesome! The whole weekend we pretty much played this game nonstop! This has got to be the first time I have played a first person shooter game without dying constantly (like seriously every 5 minutes!) and rage quitting. I love this game, it’s hilarious and fun to play with people. I’ve not been playing it much the past week as I’ve been busy chilling out, or playing other games instead. I never played the previous 2 Borderlands games but that doesn’t matter anyway! Honestly, go and pick this game up. 🙂

I wrote in September how excited I was for certain games to come out (which you can read here), with Untitled Goose Game being number one on that list, as it was coming out the soonest. I got home from work and downloaded it to play. Everyone was mad for this game when it came out and so was I! Both me and Dane played this game together and it was absolutely hilarious to play! We still have some bonus stuff to do, even after “completing” the game, which is proving to be so much fun. Honestly, if you own a Nintendo Switch or a Steam account, definitely download and play. Some people said to me that they don’t see what’s the point of this game before it came out. Those people clearly don’t know how to open their minds to new things. 😛

So those are all my favourites for September! September did indeed go by in a blur and I can’t believe we’re in October now. Before we know it, it’ll be December and Christmas will be upon us. It’s crazy!

How were your September’s for you? What were your favourites throughout the month and overall how was it? Please let me know in the comments down below.