I cannot believe it’s already October! This month has flown by and it’s been a mixture of good and bad for me. I won’t go into the latter but I’ll definitely share some exciting stuff me and Dane got up to during the month!

I’m quite glad for a new month to be honest, purely for the bad that’s happened and I especially cannot wait for Halloween at the end of the month, some time off for me and Dane as well as Bonfire Night too, even though that’s November. 😛

For October I have decided to go on a spending ban too, I need to start saving for Christmas, which will be here before we know it! I’ll talk more about that on next weeks post (wish list).

Without further delay, let’s get on with the monthly favourites! 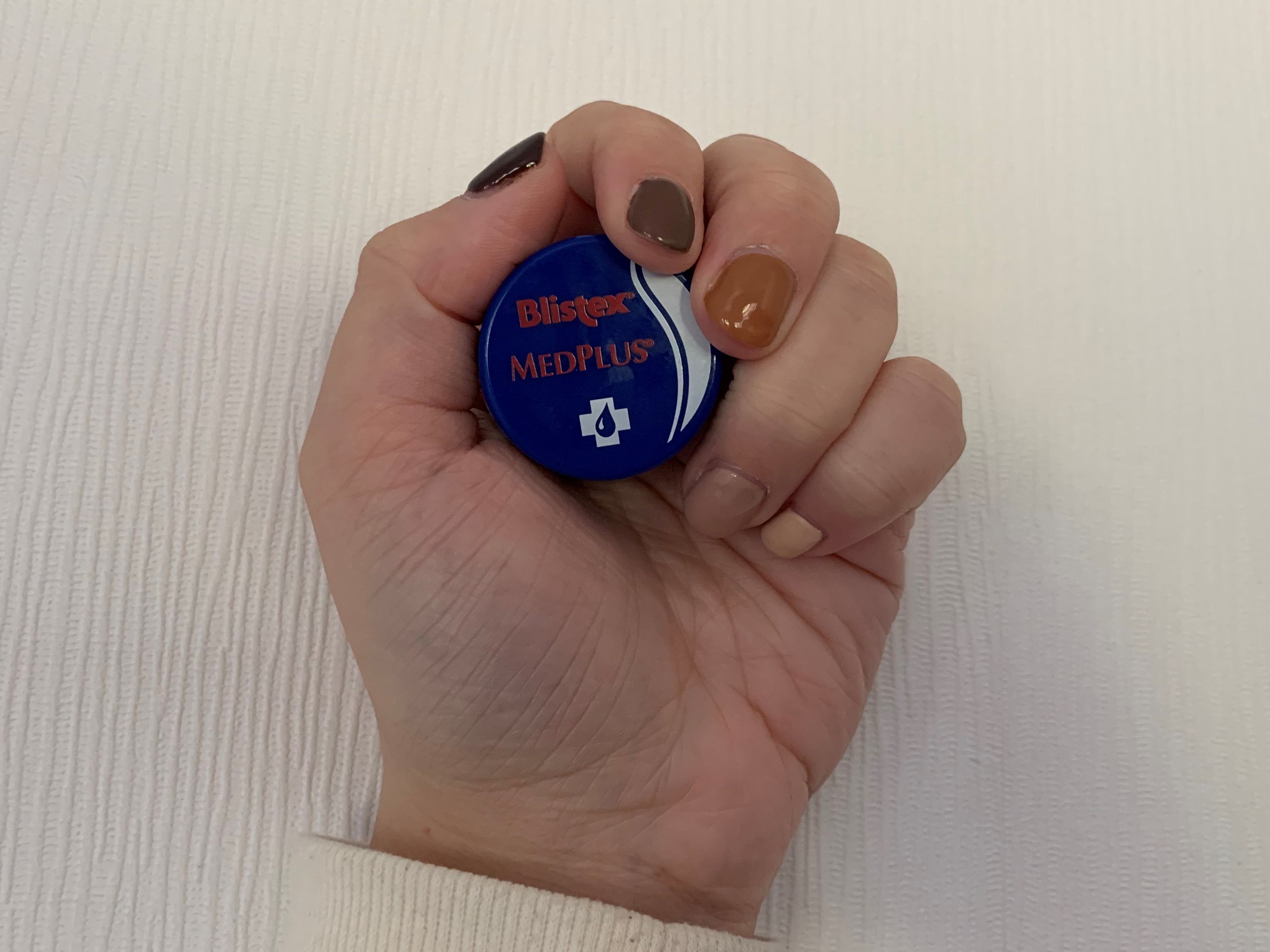 I don’t know what happened at the start of September but at one point for about a week my lips were so dry, sore and sensitive! So much so, at one point I was anxious I had eczema/dermatitis on my lips! During mine and Dane’s week off we went shopping and I decided to pick up this Blistex lip balm in the hops it would help my lips, which it did, thank fuck for that! Quite frankly since buying this I’ve been using it on my lips when they feel sore or sensitive and due for a flare up. This was only £2 from Bodycare, but I know it’s around this price elsewhere too from places like Boots and Superdrug.

I literally watched this film the evening before writing this post as it’s on Disney+ (thanks Sacha for telling me! :D) and I was SO EXCITED for watching it! I remember when this film was announced, as well as a trailer, I was so hyped. Ryan Reynolds is my favourite actor, so whenever he’s in a new film I always tend to check it out. Free Guy is about Guy, a NPC (non playable character) in a Grand Theft Auto style game. One day he realises he can do more and is more than just a guy who works in a bank. It’s an amazing film and I highly recommend everyone to watch it, especially if you love Ryan Reynolds like me, as well as games. 😀 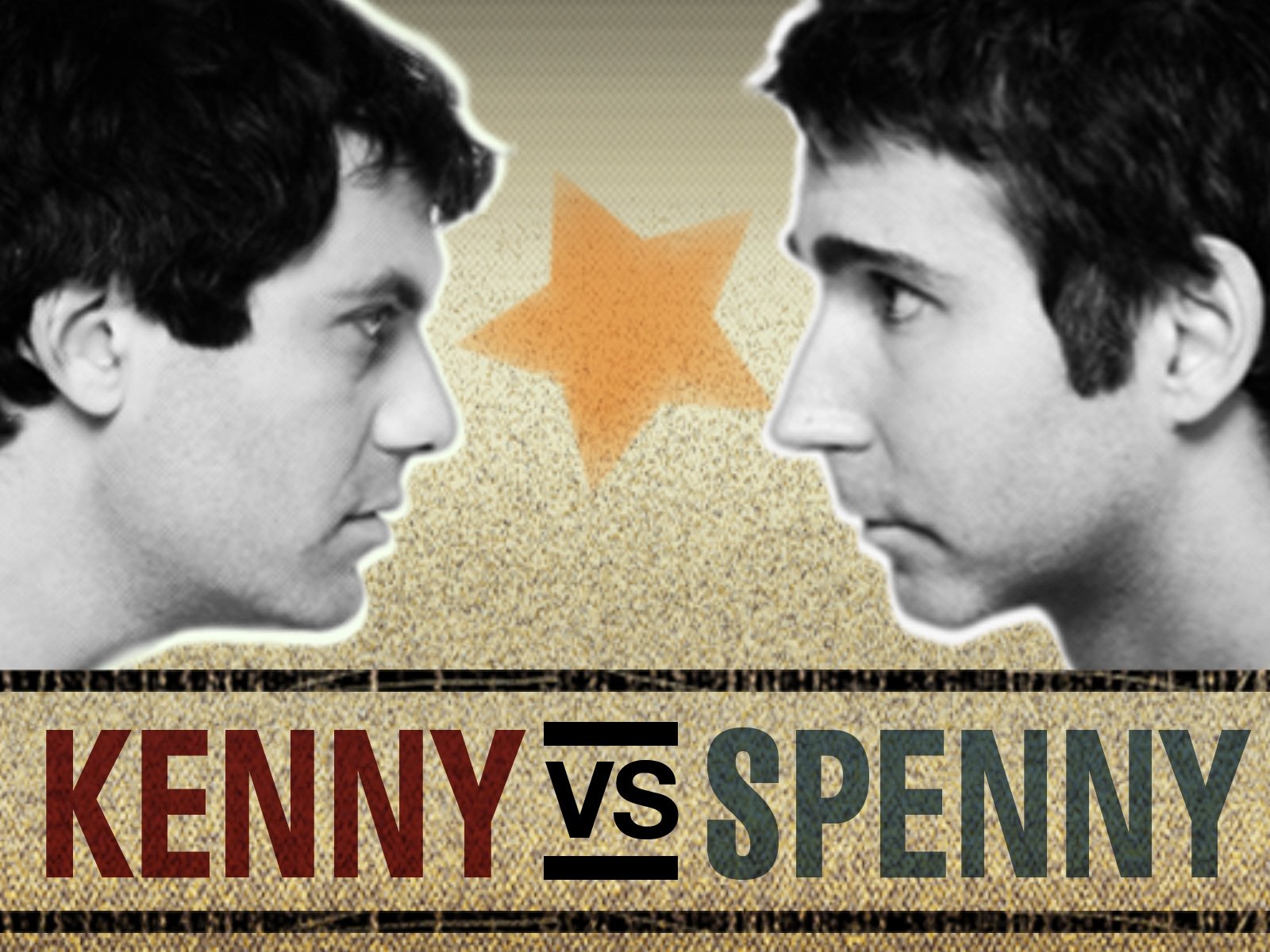 Kenny Vs Spenny is a TV show I kept (and keep) going to and from and I love it so much! It’s one that Dane actually introduced me to around the start of our week off together in September and it’s also one he thought I’d heard of. This is due to the fact it’s similar to Dirty Sanchez and Jackass, which are both right up my street. Kenny Vs Spenny came out in the early 00’s, which you can tell if you watch it. The show is hilarious though and is about Kenny and Spenny, two best friends who set each other challenges. The winner gets the loser to do horrible prank style stuff. Kenny is always cheating and due to that often wins over Spenny, so when Spenny wins it makes me so happy. I’m constantly rooting for Spenny. 😛 I highly recommend you giving this a go, all six seasons are over on Kenny’s YouTube account, which I’ve linked you back to. 🙂

Lil Nas X’s new album Montero came out a couple of weeks ago and since then I’ve been listening to it on and off. I love some of the songs from Montero and I think Lil Nas X is such a legend! This isn’t my usual music genre of choice but I do really love this album. It’s got a little bit of everything in there (lyric topics wise) and I’m always there for that! I’d say whether or not you like this genre, definitely give Montero a listen as you might be surprised at just how GOOD this album is! I’m listening to it as I write this post this evening. 😀

Favourite Game – WarioWare: Get It Together!

Gaming in September for me has really been lacking due to a mixture of being busy and just not being in the mood. However, I have played a bit of the new WarioWare game on Nintendo Switch as Dane pre-ordered us both a copy. It’s been so much fun to play alone as well as together as it’s full of small quick paced party style games, which can be frustrating and funny all at the same time! This is the first time I’ve played a WarioWare game and I’m glad I’ve finally gotten to give it a go. If you fancy getting this game but want to see what you think of it, make sure to go to the Nintendo eShop and download the demo to try before you buy. 🙂 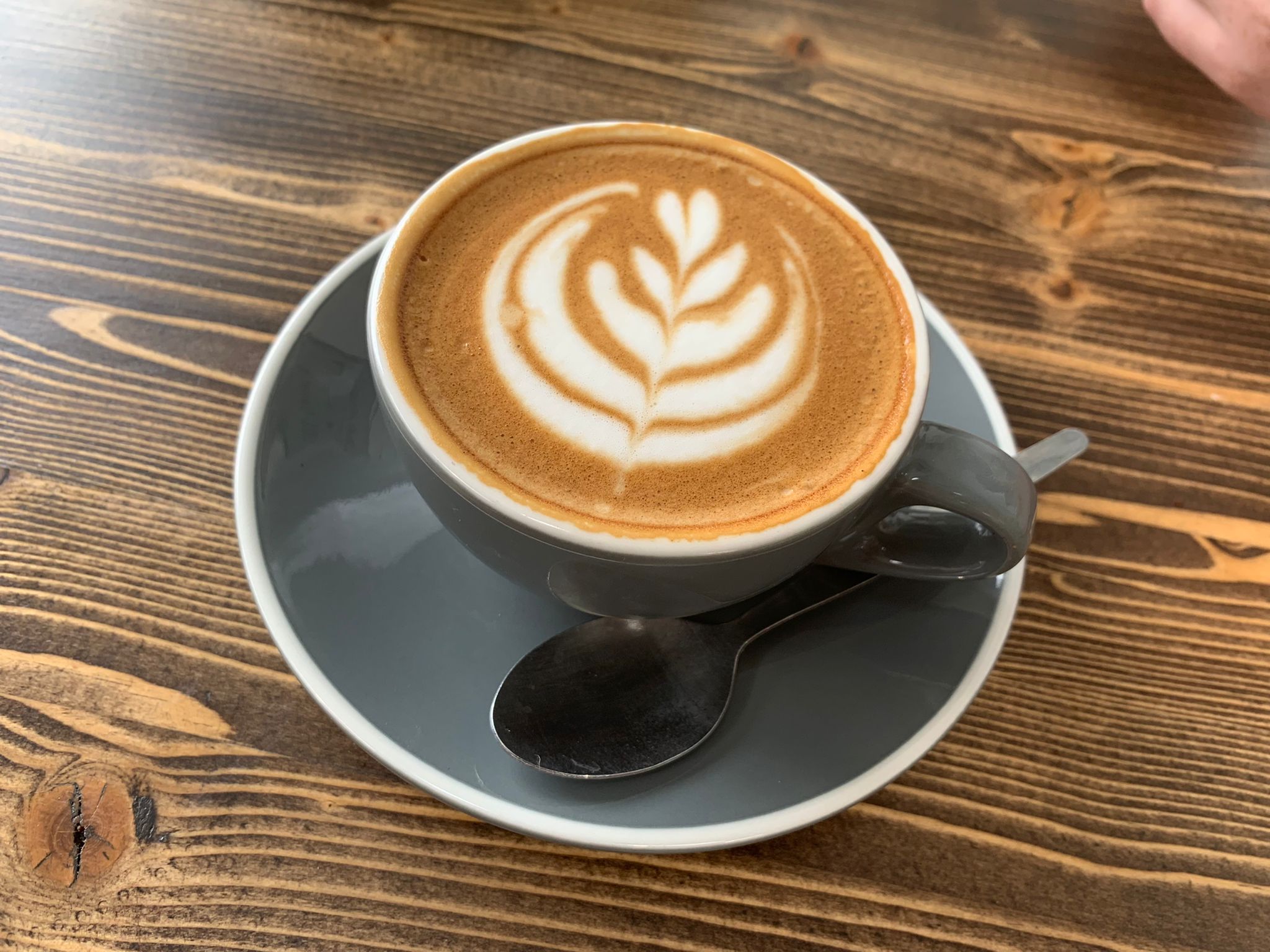 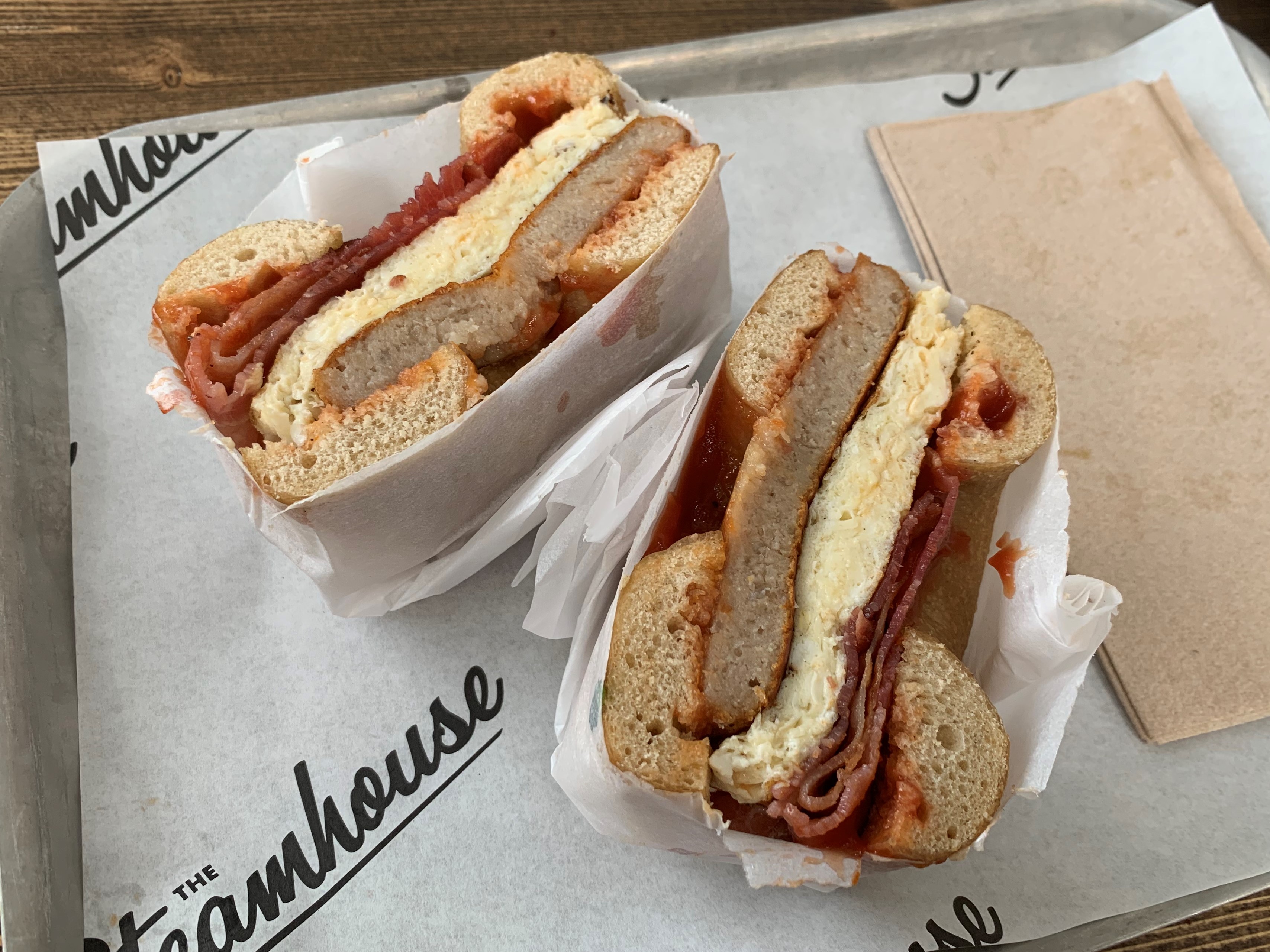 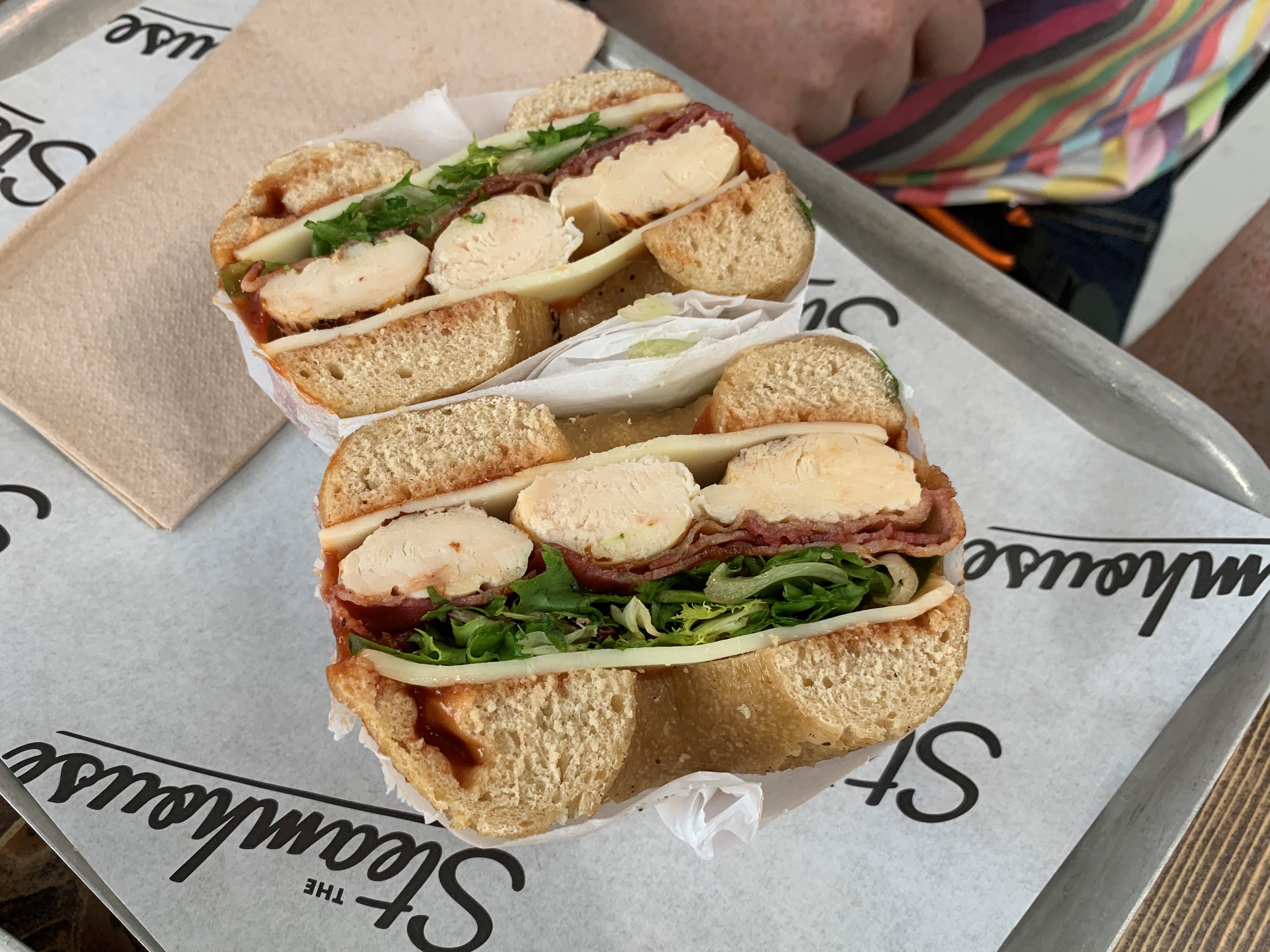 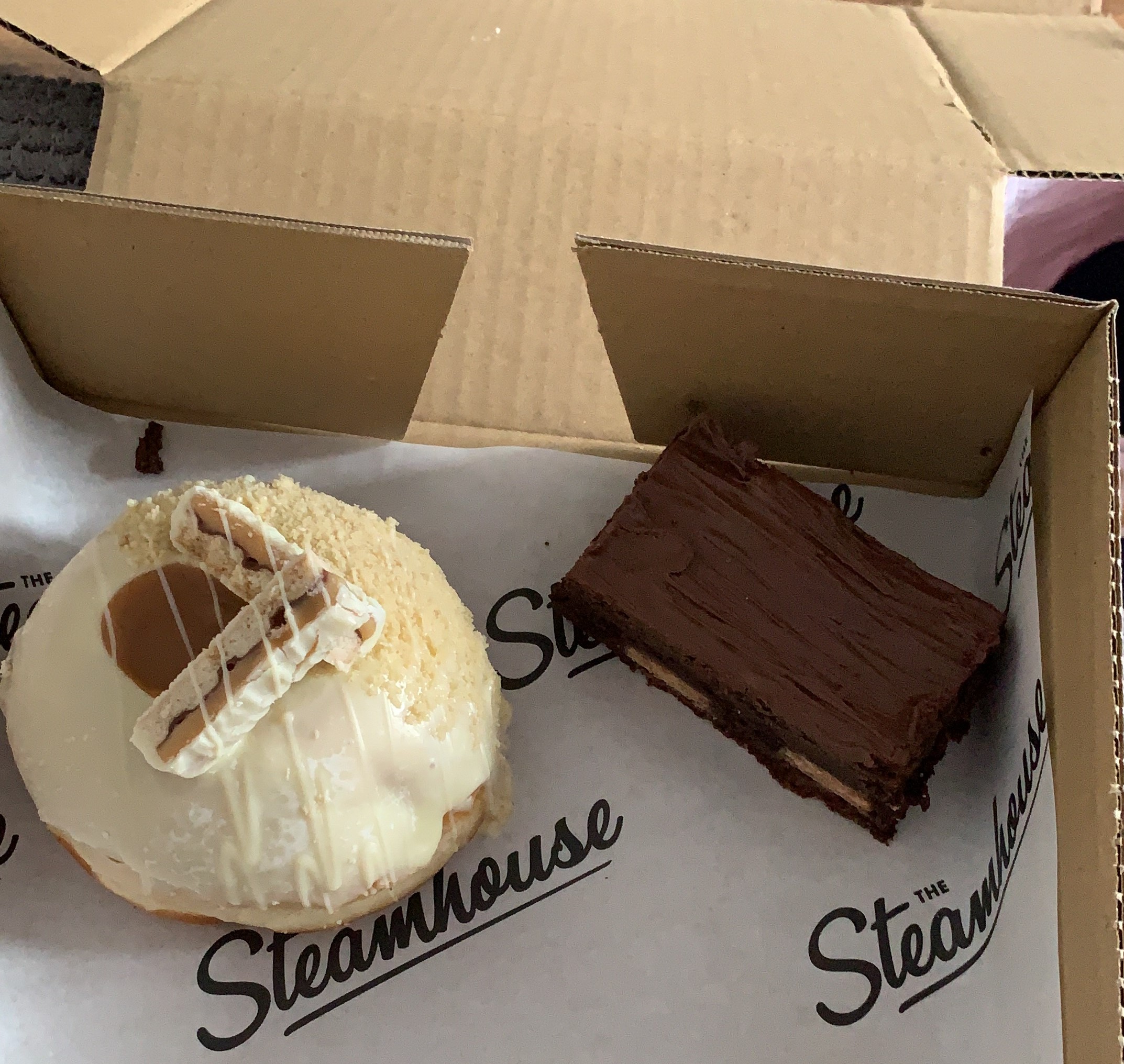 I have been excited to talk to you guys about The Steamhouse Bakery and why (if you’re in the Midlands) you need to visit in on your next trip! I heard about The Steamhouse Bakery during lockdown last year ad have wanted to go there ever since. So, during mine and Dane’s week off last month we decided to go and we went all out… In a way! 😛 We had yummy coffee, bagels and of course had to get some cakes too!

We bought a bagel of each, but decided to share them so we could see what they were like! I went for The Workman (Smoked Bacon, Scrambled Eggs & Sausage) and Dane went for The Southern Gent (Roast Chicken, Bacon, Mozzarella, BBQ Sauce & Leaves). Both bagels were amazing and as you can see from the photos, you get plenty of food too! We were stuffed and couldn’t eat any dinner due to that fact. 😛 We also ordered some cakes, I had a Nutella and Bueno brownie and Dane had a Twix doughnut.

The Steamhouse Bakery have three stores, based in Leamington Spa, Worcester and Redditch. So if you’re in the Midlands (or live here like I do), there’s a chance on your next trip out to Worcestershire, you might be able to drop into one of the stores to try their amazing baked goods… And coffee. 😛 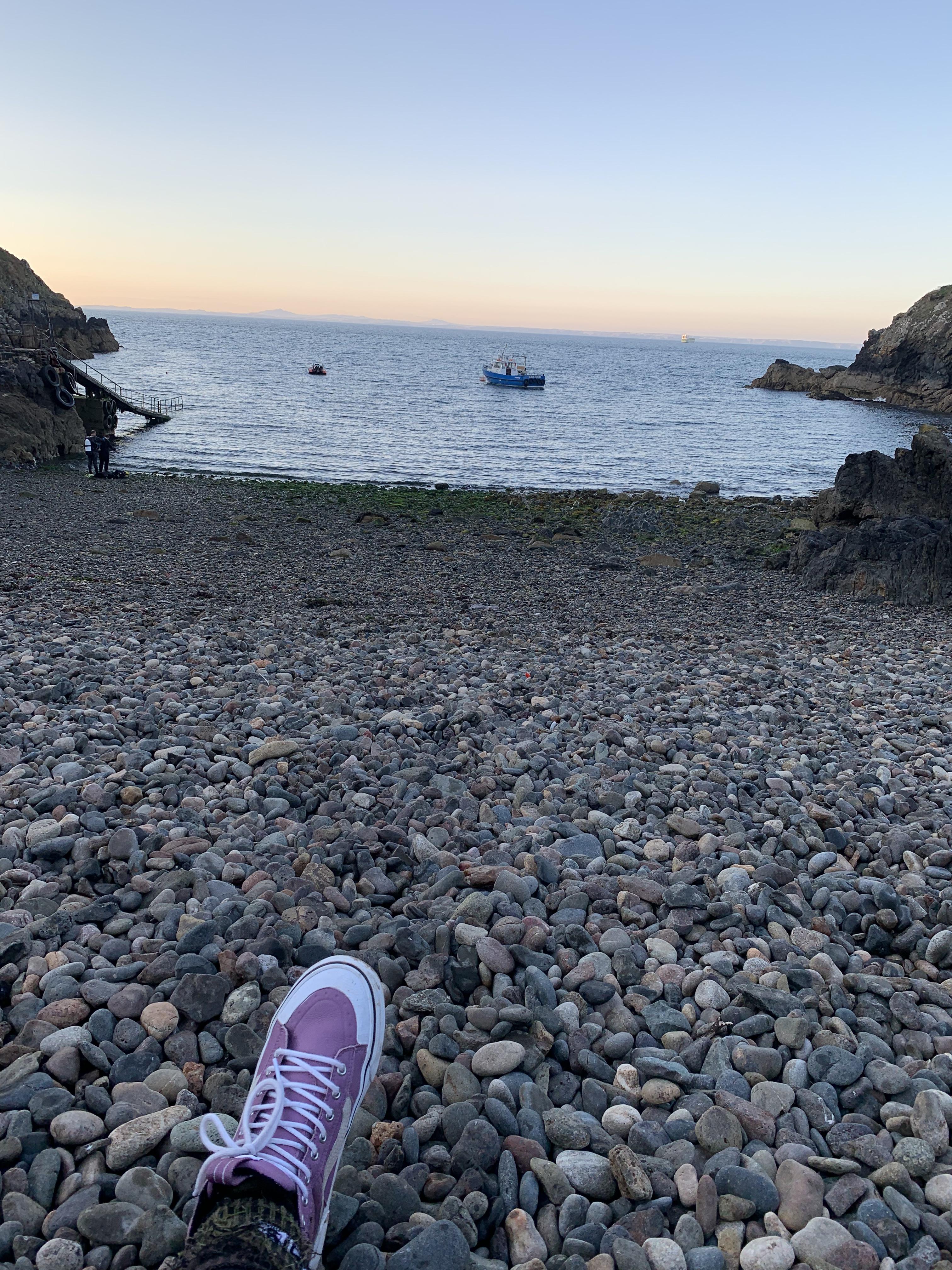 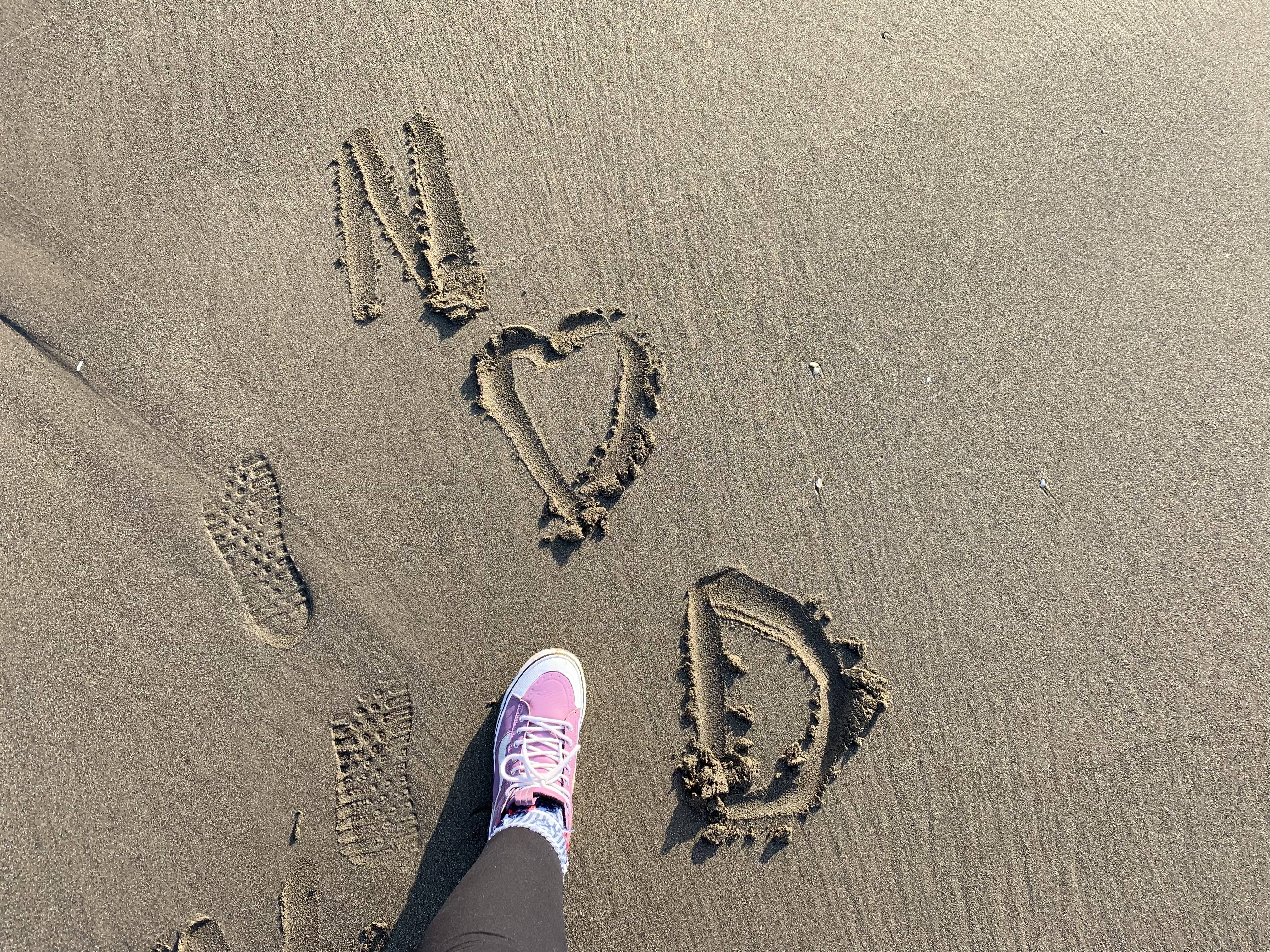 A couple of weeks before September, we decided to book a few days in Wales, just to get away and have a break. We haven’t had a holiday (as in get away from home) since Japan in January 2020 so this trip away was a little overdue. We did a tour of the coast of Wales travelling from Pembrokeshire, to Aberystwyth, and finally to Snowdon. During out time there we did lots of walking, visited our friends farm , walked on some beaches and stayed in a luxury cabin with a HUGE bath and double showers. It was a lovely break away and we’re already planning to go to the luxury cabin again in the future! 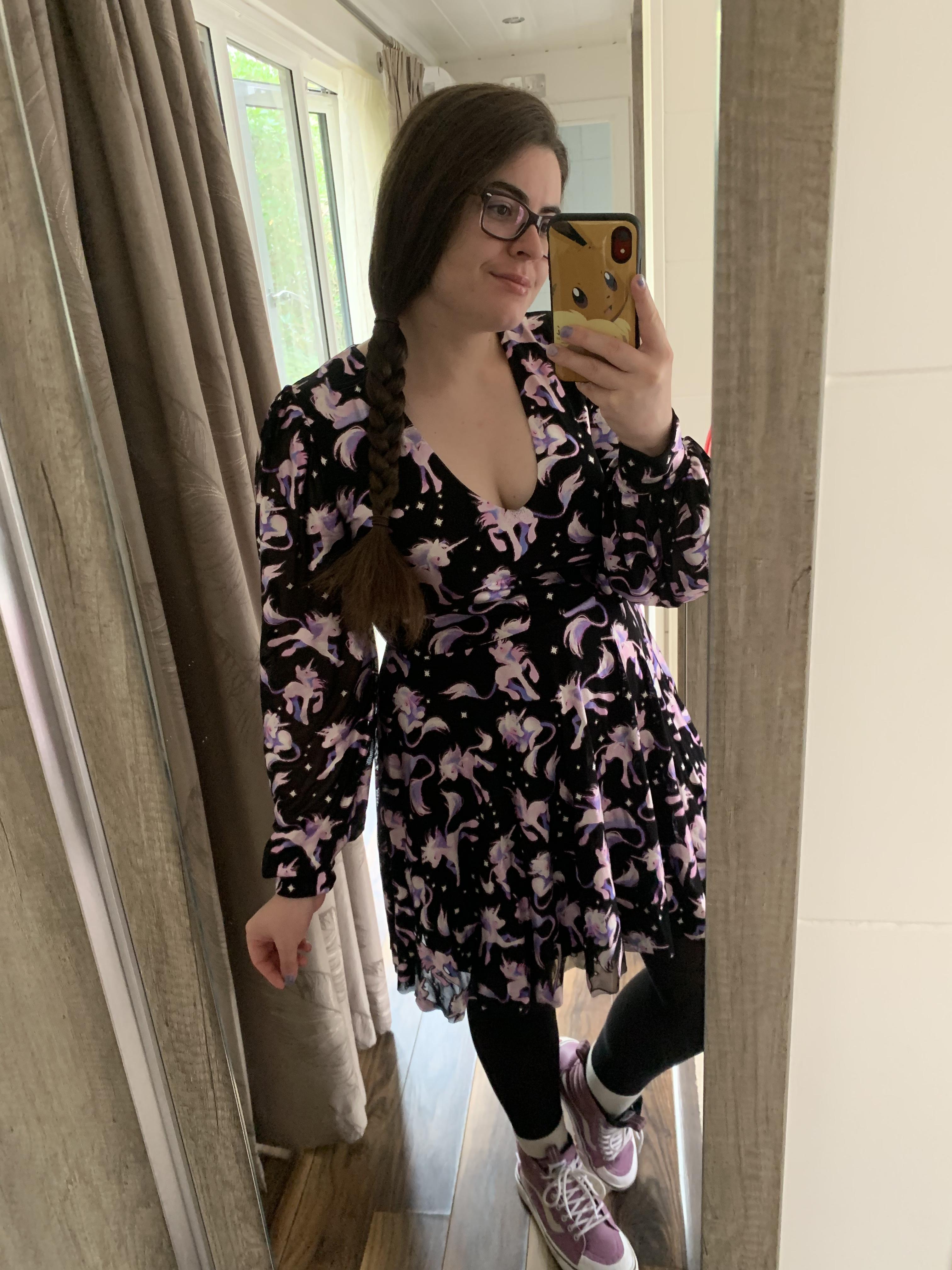 This photo is actually from the luxury cabin in question, but I wanted to show off my Black Milk Clothing ghost unicorns dress, as I LOVE it! This is the first time I’d worn it, which was just on the way home from Wales. I then wore it again for my dad’s birthday meal out! I LOVE the romance style of BMC’s dresses as it’s so flattering for my figure and I always feel fancy wearing them (I own two including this one). On our way home from Wales we stopped off somewhere for food and the woman who served us commented how lovely my dress was and how it had a pink glow around the restaurant as I walked around. Her comments really made me smile. :’) 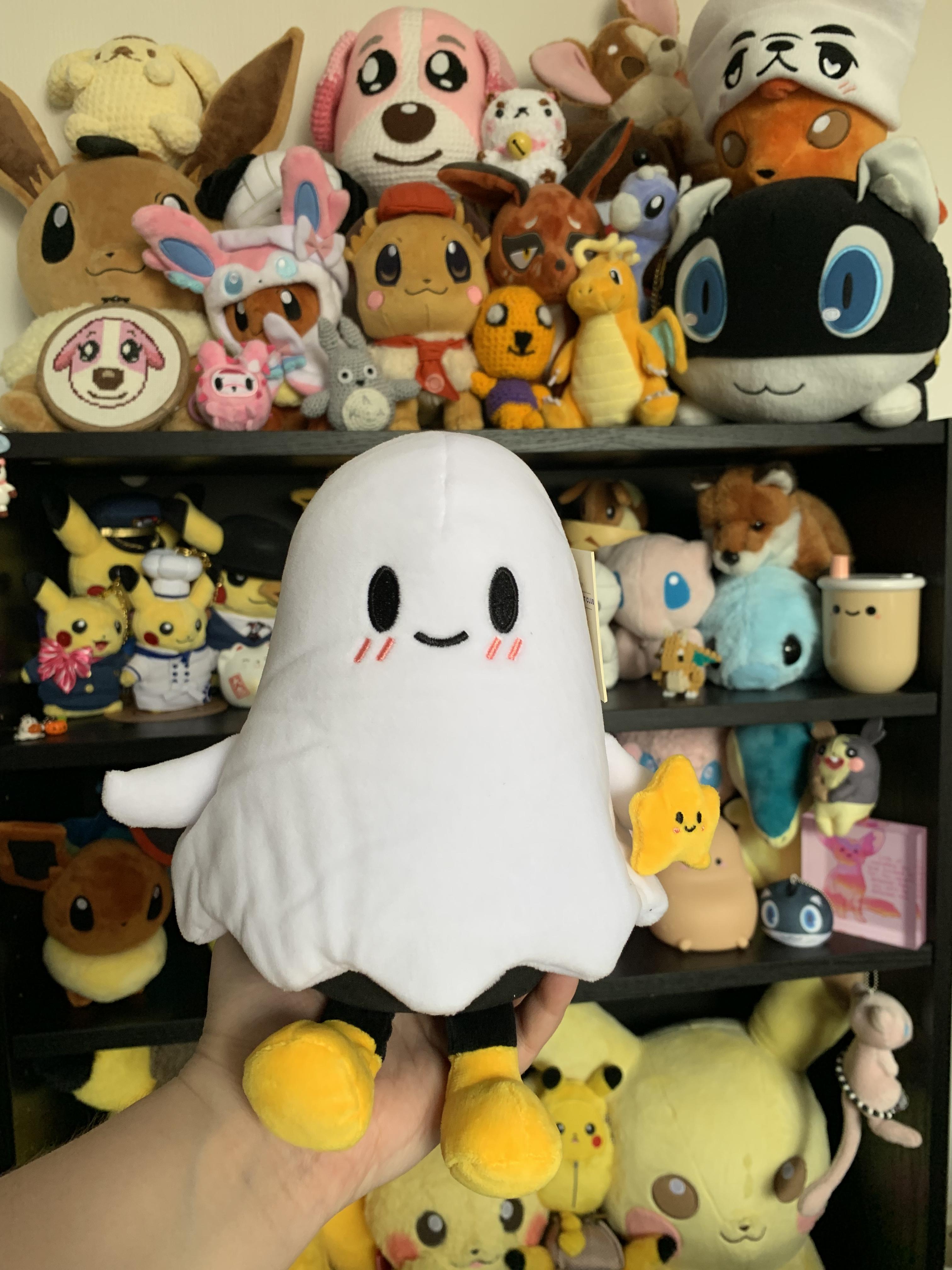 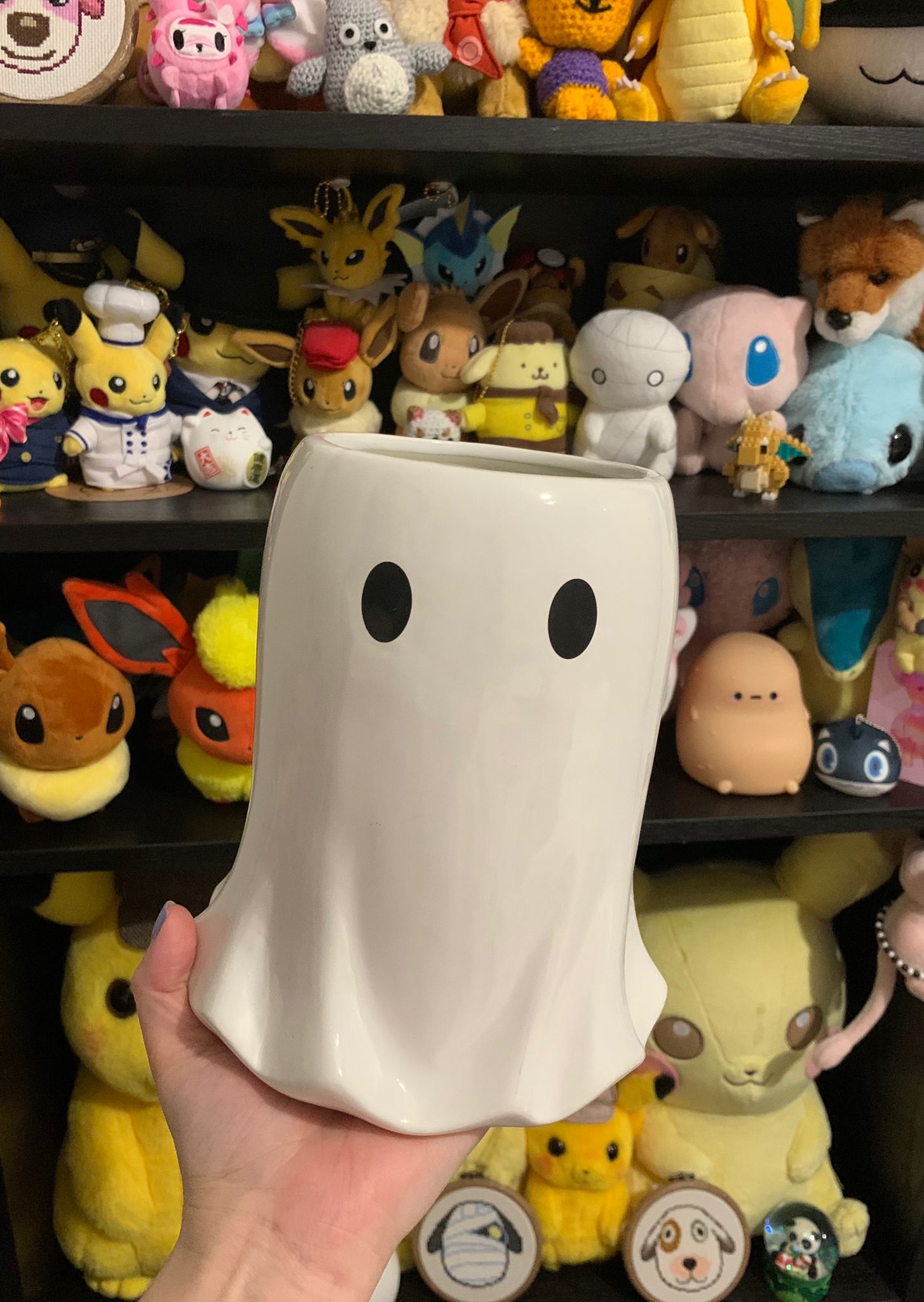 I have to show off some of the new spoopy items I’ve received from orders and pre-orders, especially these two ghostie cuties! I love kawaii ghosts, I have done since I was a kid, so when Halloween comes around, I always like to snag a few spooky pieces.

The Sad Ghost Club brought out a limited edition plush back in July and I made sure to pre-order my own as soon as I could! My Sad Ghost arrived a week or so ago and it’s so cute and perfect. The Sad Ghost Club is something I really adore and their posts on Instagram really do help me when I’m feeling low. I feel like it’s been around forever and it’s always been something that comes up on my social media now, it’s sort of like a norm for me now. So, to have my own Sad Ghost as part of my plushie collection really does make me happy!

I also managed to snag this large DW Home ghost candle from TK Maxx… Well, technically I sourced it through a group on Facebook and someone was nice enough to pick it up for me and ship it. This candle smells like vanilla cupcake and honestly, the picture doesn’t so it just of just how big this thing is! It weighs a ton but that cuteness really does pack a punch. This ghostie lives on my bedroom window shelf and it makes me smile looking at it each morning and evening. I’m planning to light it soon… But at the same time I want to keep it nice! xD 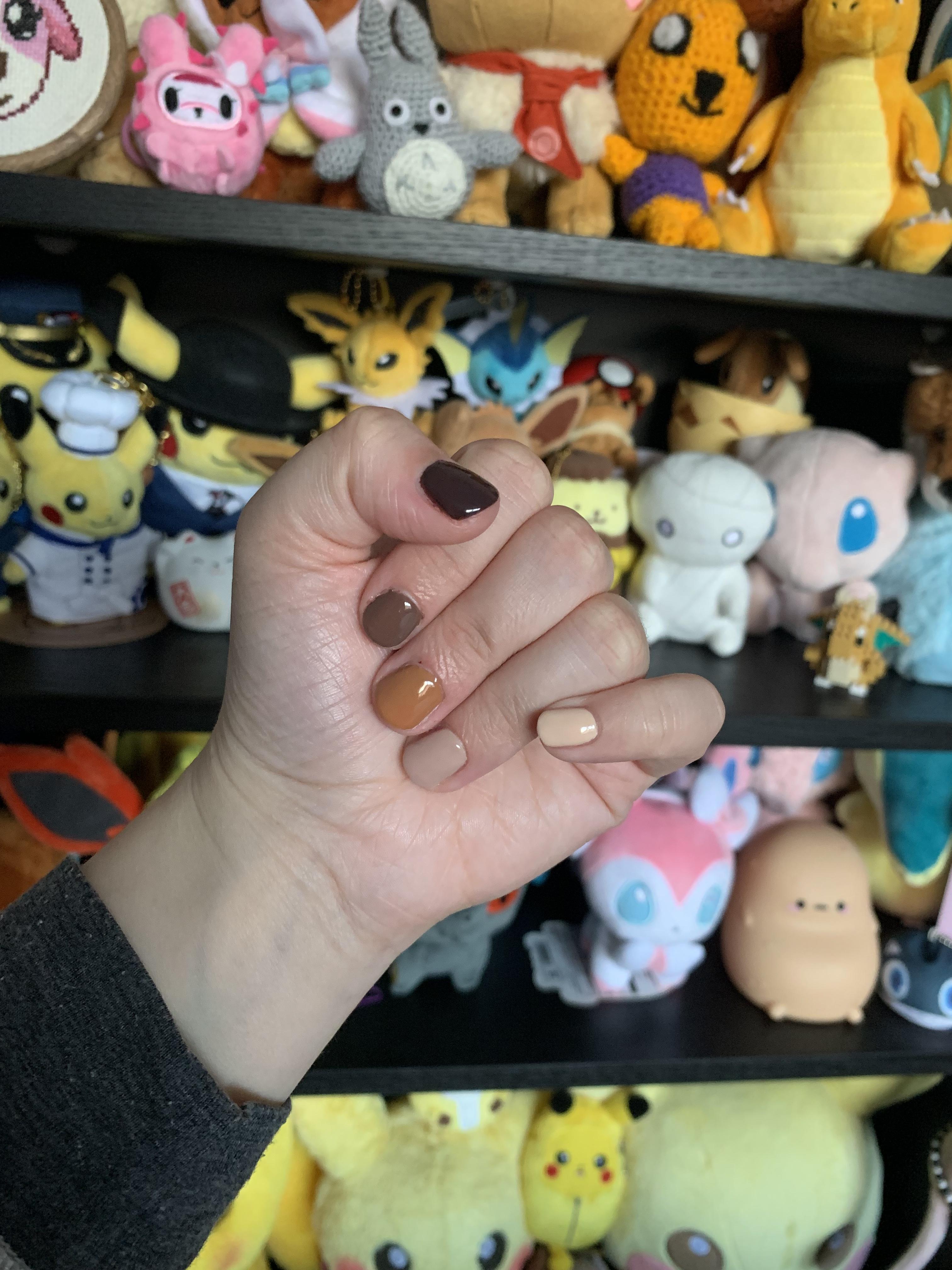 Finally I want to share my newest and current gel mani with you all! I know nails might not be some people’s thing and I get that, I do. But my nails mean a lot to me now. I’ve mentioned before on my blog (I’m sure…) how bad my nails condition used to be. I’d cut them down so short they would bleed and they looked tiny and more like children’s nails than a grown adults. Due to how often I cut them down, they didn’t get the chance to grow. This was down to my anxieties and I often cut them down to stop myself from chewing and biting them.

When I started going to my nail tech almost two years ago now, I wondered if getting my nails done with gel would be for me. Who knew it would be, eh? I bloody love my nails now and love seeing them look healthy, long and gorgeous all the time. I don’t have my nails long, because I do still like them neat and short. If I have them long, I end up chewing on them and the gel doesn’t last five minutes.

My friend Bintou (hey girl! :D) recently had her nails painted pretty much the same as mine, which in turn inspired me to go with some gorgeous fall colours for my recent mani! I love them so much and they’re definitely up there as some of my favourite nails! 😀

There we have it guys, my monthly favourites from September!

What were some of your favourite things last month? What are you looking forward to in October? Make sure to let me know in the comments!

Roll on Halloween I say!!!

Until next time all, take care and I hope you have a great start to the month. 🙂